Task Force 153 will patrol the Red Sea and waters around Yemen, as Iran shows no sign of relinquishing support for the Houthis. 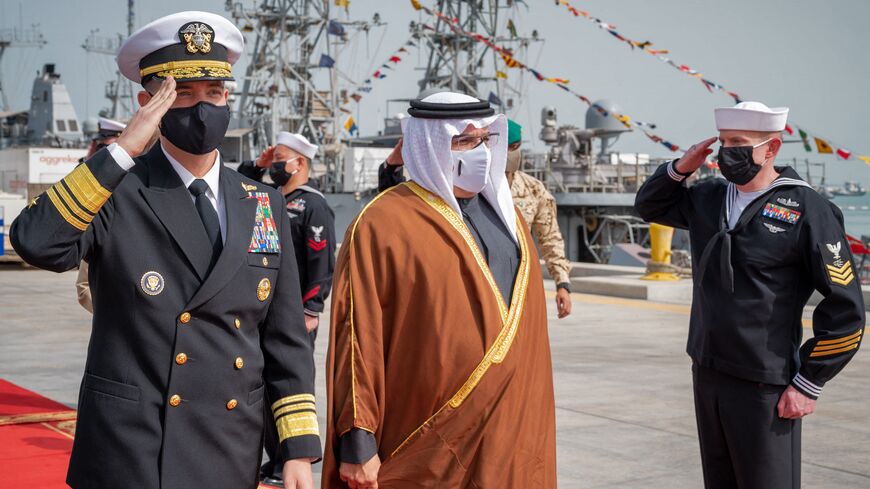 The US will establish a new multinational task force to patrol the Red Sea and the Gulf of Aden, the commander of US Navy forces in the Middle East said today.

Task Force 153 of the US-led Combined Maritime Forces (CMF) will patrol the waterway between Egypt and Saudi Arabia, through the Bab al-Mandeb Strait to the waters off the Yemen-Oman border, Fifth Fleet commander Vice Adm. Brad Cooper told reporters in a call from his headquarters in Bahrain.

The new task force will include two to eight vessels at any given time, and while Cooper said he doesn’t expect it to add to the number of ships focused on security in Middle Eastern waters, it will help make patrols more efficient.

Combined Task Force 153 will be the fourth joint task force of the CMF, which was established in 2002 as an international naval coalition to combat trafficking, terrorism and piracy in the region.

CTF-152 patrols the Persian Gulf, while CTF-150 has until now been spread across Middle Eastern sea lanes outside the Gulf (CTF-151 focuses specifically on piracy). The new unit will allow CTF-150 to focus its efforts to the open waters of the northern Arabian Sea.

Why it Matters: The reorganization comes as Iran shows no sign of dropping its support to Houthi rebels in Yemen, and as US strategic rival Russia makes inroads with the military junta in Sudan, where Moscow awaits a possible deal for a naval base on the Red Sea.

The Houthis are currently in a fragile truce with the Yemeni government backed by a Saudi-led military coalition, which is eyeing an exit to the war.

The rebels in the past have sent explosives-laden remote-controlled boats into the Red Sea to attack Saudi targets, and as recently as last month launched missiles into the kingdom from Yemen. US officials believe the Houthis’ drone and missile technology was supplied by Iran.

Cooper on Wednesday declined to specify whether CTF-153’s patrols would specifically target smuggling bound for the Houthis, but US-led efforts have struggled to catch such arms shipments in recent years.

The creation of the new task force “reflects a regional consensus on the importance of maritime security in these bodies of waters,” Cooper said today, noting that it will combat the smuggling of arms, drugs, humans and coal – the latter a reference to a once-prominent revenue source for Somalia’s al-Shabaab jihadist group. Cooper’s reference to human trafficking comes as migrants from the Horn of Africa have sought to travel to the Arab Gulf.

“The area is so vast that we just can't do it alone, so we're going to be at our best when we partner” with regional navies, he said.

What’s Next: CTF-153 will first be led by the Fifth Fleet’s Capt. Robert Francis before command rotates to a partner nation.

Know More: Read Elizabeth Hagedorn's report on the Biden administration’s latest sanctions on the IRGC’s supply networks for the Houthis.