Illegal border entries lead to arrests, deportations and even death. 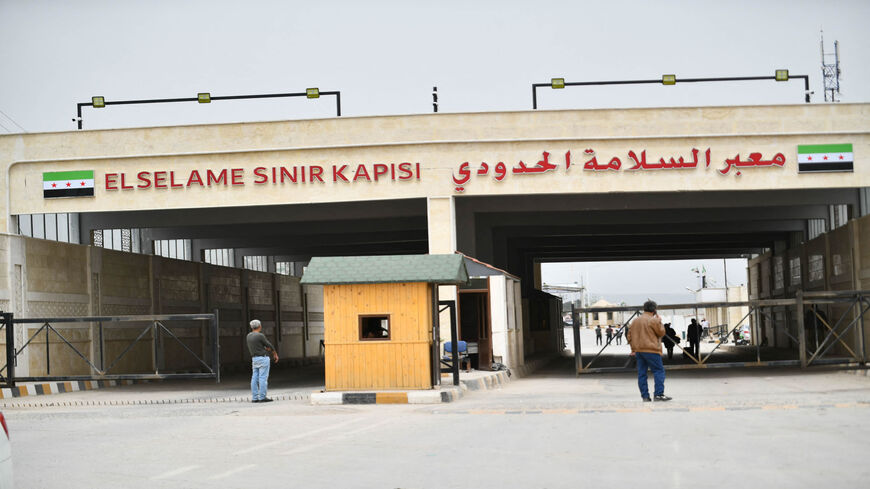 Syrians coming from Turkey go through the Bab al-Salame crossing in the border town of Azaz in the rebel-held north of Aleppo province, to spend the last days of Ramadan and the Eid al-Fitr holiday early next month with family, Syria, April 18, 2022. - Rami al-Sayed/AFP via Getty Images

The deteriorating security, economic, and living conditions in Syria have pushed many young people to seek asylum outside their homeland — in Turkey or Europe — in a bid to overcome life’s difficulties and problems and lead a decent life away from the conflict in their country.

Although human smuggling is a major crime and is illegal, it is very common in Syria, whether to neighboring countries or within various parts of Syria where different authorities have influence.

The smugglers are using several means to promote their work, including placing ads in Facebook groups or posting TikTok videos that encourage people, especially the youth, to start their asylum journey immediately — while depicting this difficult and often deadly journey as a joyride.

Ahmed al-Hamidy, a smuggler in northwestern Syria, told Al-Monitor, “I used to place ads in Facebook groups. But many tried to stop me from convincing potential customers, saying that I was lying about the risks involved [in the smuggling operation] or about mentioning that there is another smuggler who would help them enter Turkey at a lower price. This prompted me to resort to another way to promote my activity. I recently started posting 15-second videos on TikTok, which is the best platform to promote our work. I created these videos carefully, using a special shot and motivational background audio that is catchy for the younger generation and lifts their spirits.”

He said, “Not all smuggling operations succeed and more than 70% of the smuggling attempts to Turkey fail. Sometimes deaths occur while crossing the border. Despite that, we make motivational videos to attract customers, such as videos in which we fearlessly cut barbed wires or take over Turkish guard posts, which have a major impact on the customers and would convince them that the path is safe and that the smuggling process is carefully considered.”

Hamidy noted, “We offer full travel packages from the regime-controlled areas to Europe. We have a transport network that includes members in all areas under the various authorities’ control, and each [member] gets a percentage that varies depending on the route taken. The smuggling operation from Aleppo to Istanbul, for example, costs $4,000, which includes a bribe [to be paid to a Turkish border officer on duty at the Syrian-Turkish border to allow the person to enter illegally], and $3,000 for smuggling [without a bribe].”

He added, “Smuggling through the military lane from Idlib to Turkey costs $4,200, while smuggling from Turkey to Europe costs 4,000 euros [$4,350]. In this case, the smuggled person would be transported to Serbia [first], then he would have to pay an additional 3,500 euros [$3,800] to be taken from Serbia to any other European country.”

He added,” After my arrival in Idlib, I watched a TikTok video of a smuggler called Abo Watan crossing the border with Turkey with a group of people without fear or hesitation. I decided to contact him. But the journey was not as he made it seem in the video. It was difficult and fraught with danger, and we were arrested by the Turkish border guards after they fired in our direction as we were trying to cross the border. One of the group members was almost killed when a bullet hit his backpack. This means that they were shouting at us, not to stop us from crossing the border, but rather to kill us.”

However, after several attempts, Nabhan finally entered Turkey, and he is now residing in Adana.

Ahmed Fares, who works in e-marketing and resides in Turkey, told Al-Monitor, “The fast-moving content on TikTok, especially among the youth, and the fact that the platform lacks a clear content review methodology and a way to limit the spread of negative content, in addition to the fact that the number of users is huge, push the smugglers to take advantage of these loopholes so as to achieve significant financial gains by persuading young people to migrate.”

He said that the local media institutions must carry out awareness campaigns on the dangers of human smuggling and the danger TikTok poses, on the youth in particular. Also, purposeful content targeting this group must be promoted to counter the negative content and change the young viewers' perceptions, he concluded.