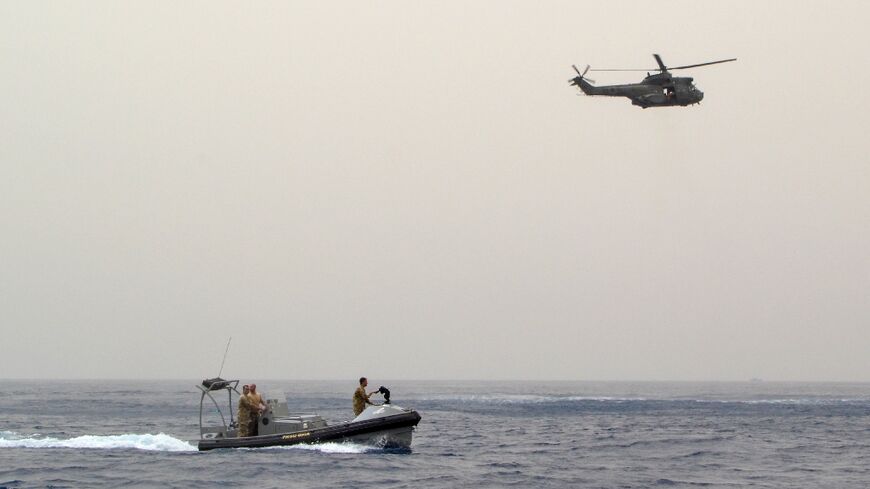 Lebanese rescue teams searched the Mediterranean for survivors Monday after an overloaded people-smuggling boat capsized while being pursued by naval forces, with dozens missing at sea.

At least six people died as a result of the tragedy late Saturday off the northern port city of Tripoli. Officials had reported a seventh victim Monday but it later turned out that one of the bodies recovered had been tallied twice.

The sea accident, Lebanon's worst such disaster in years, ignited widespread public anger just three weeks before May 15 parliamentary elections in the small country hit by a severe economic crisis.

The anger mixed with grief as hundreds thronged the streets of Tripoli in funeral processions Monday for two of the victims, including a little girl. Mourners fired their guns into the air, with small children sweeping the ground for bullet casings.

"Our state is worth nothing," said Ali Taleb, 23, who was burying his sister and niece.

The Lebanese army said Sunday that 48 people had been rescued, but it was not immediately clear exactly how many would-be asylum seekers were crammed onto the boat when it set off.

The United Nations refugee agency UNHCR said the boat was carrying at least 84 people when it capsized about three nautical miles (3.5 miles, 5.5 kilometres) off the coast -- which would leave some 30 people still unaccounted for.

The passengers included Syrian and Palestinian refugees but most were Lebanese, according to local media.

Waiting for news of two of his missing relatives, Abu Mohammad said he was not deterred from potentially taking to the sea in search of a better life himself.

"We all want to leave. We don't want our children to live in humilation," the 43-year-old Tripoli resident told AFP, blaming political leaders for Lebanon's woes.

"We will keep trying to leave every week, in any way possible, even if it means we will have to swim."

The circumstances that led the small and overloaded craft to sink were not entirely clear, with some survivors claiming the navy rammed into their boat, and officials insisting the smuggler attempted reckless escape manoeuvres. 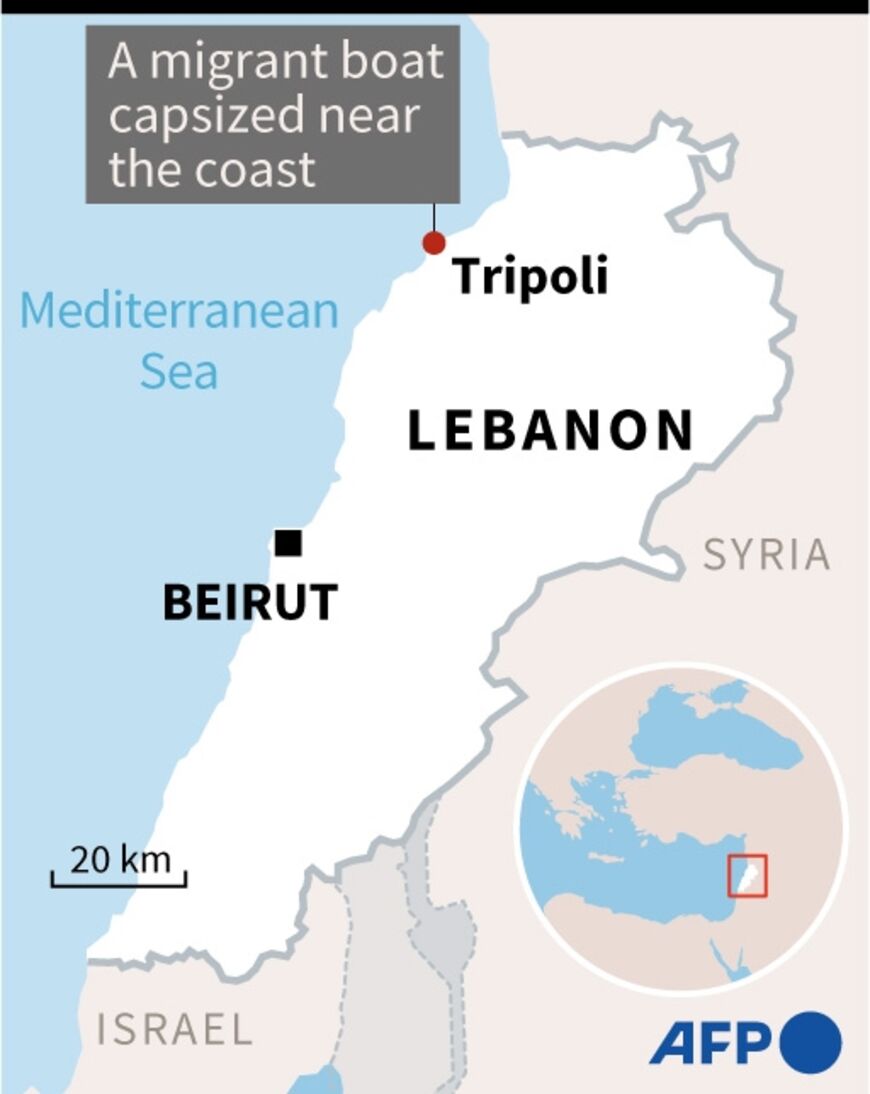 Lebanon was once a transit point for asylum seekers from elsewhere in the region who were hoping to reach the European Union island state Cyprus, 175 kilometres (110 miles) away.

However, an unprecedented economic crisis that has caused hyper-inflation and plunged millions into poverty is driving growing numbers of Lebanese to also attempt the perilous crossing.

The UN says more than 1,500 would-be asylum seekers tried to leave Lebanon illegally by sea since the start of 2021.

"Lebanon's economic crisis has triggered one of the largest waves of migration in the country's history," said Mathieu Luciano, Lebanon head of the International Organization for Migration. 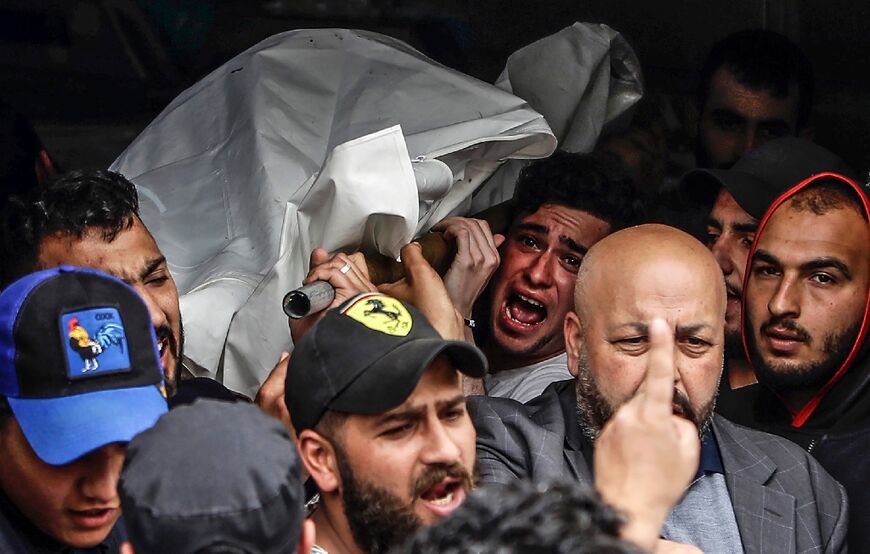 At Tripoli's port, brothers Abdelkarim and Mahmud Dandashi were anxiously waiting for news of eight relatives.

"If you don't die of hunger here, you die at sea," Abdelkarim said.

Syrian national Ammar Dawalibi has slept in his car near the harbour since Saturday, waiting for updates on his sister and her three children.

The tragedy triggered small protests on Sunday, one cutting a main road into Tripoli, another staged outside the morgue where victims' bodies were taken.

Overnight, activists removed election posters from the walls of Tripoli -- a city ravaged by unemployment but also home to some of Lebanon's wealthiest politicians.

On Sunday evening, a video circulated on social media showing Energy Minister Walid Fayad being taken to task in the streets over living conditions and shoved hard against a wall.

The man who assaulted him posted the video, and criticised Fayad and the government for being insensitive to the fate of millions of desperate Lebanese.

Social media was also abuzz with a picture of Prime Minister Najib Mikati's 79-metre-long (259 foot) 100-million-dollar yacht docked in the French city of Nice, with a cardboard banner alongside that read: "The people of Tripoli are being assassinated by this yacht's owner."

Mikati hails from Tripoli and is also Lebanon's richest man, with a net worth estimated at around $3.2 billion.