At least 6 dead, 48 rescued after migrant ship capsizes off Lebanon 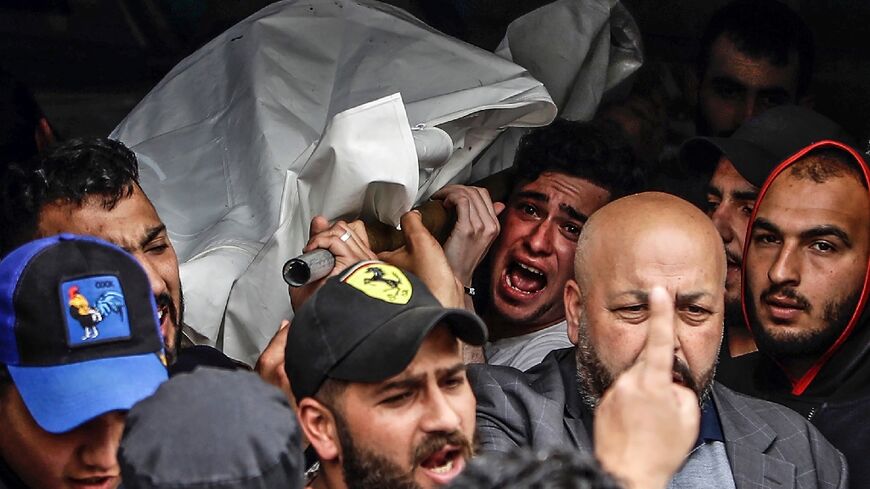 Mourners carry the corpse of one of the people who died when their boat capsized off Tripoli in northern Lebanon - Ibrahim CHALHOUB
by Ibrahim Chalhoub with Hashem Osseiran in Beirut
April 24, 2022 — Tripoli (Lebanon) (AFP)

Six people died, including a young girl, and 48 others were rescued after an overloaded migrant boat capsized off north Lebanon under pursuit by naval forces, officials said Sunday.

The overnight tragedy has sparked angry protests in Tripoli, Lebanon's second city and one of its poorest, witnesses and state media said.

The accident, ahead of May 15 parliamentary elections, is not the first of its kind to blight a country grappling with its worst-ever economic crisis.

Lebanon's naval forces said the boat was carrying nearly 60 people when it sank near Tripoli, the departure point for a growing number of people risking the seas for a better future outside the impoverished country.

"The army's naval forces managed to rescue 48 people and retrieve the body of a girl... from a boat that sank while trying to illegally smuggle them out," a statement said. "Most people on board were rescued," the army added, without specifying their nationalities.

The army retrieved five corpses off Tripoli's coast on Sunday, the official National News Agency reported, hours after the body of the little girl was returned to shore.

Protesters cut off a highway from the city to the Akkar region further north with vehicles, and intermittent gunfire could be heard, the NNA said.

Dozens of young men also threw stones at two army tanks and a military checkpoint near the city morgue, prompting soldiers to fire warning shots into the air, an AFP correspondent said.

Relatives of the victims wailed as they visited a morgue that received the bodies, the correspondent added, while others thronged the harbour desperate for news of missing loved ones.

"My nephew, he has five children and his wife is pregnant with twins. He was trying to escape hunger and poverty," one man told AFP. 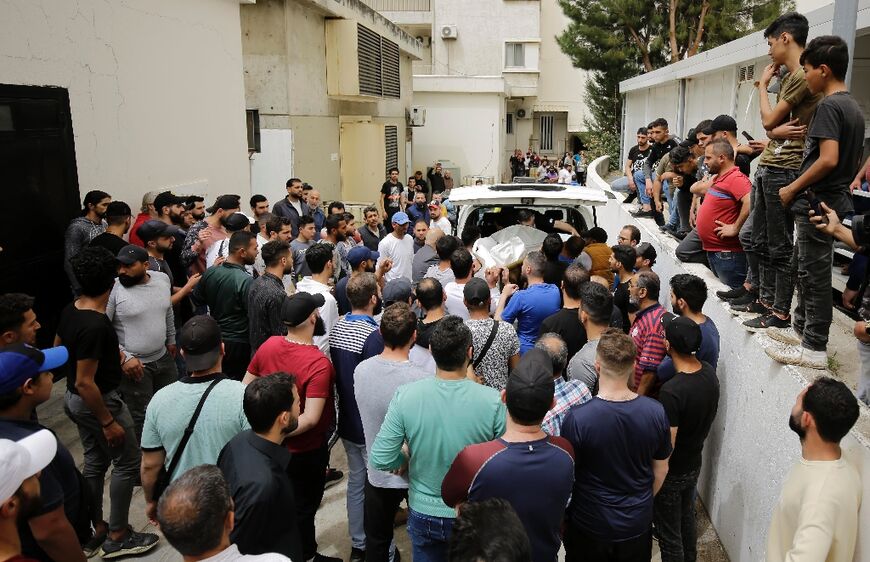 Haissam Dannaoui, the head of Lebanon's naval forces, said the 10-meter (33-foot) boat built in 1974 took to sea without any safety precautions.

The army tried to thwart the smuggling operation but could not reach the departure point in time, he said.

An ensuing sea chase involved two naval patrols trying to force the migrant boat to turn back. "Unfortunately, the captain (of the boat) decided to carry out manoeuvres to escape," leading to the vessel crashing into the patrol ships, Dannaoui said.

The impact cracked the hull of the migrant boat, which quickly submerged, he said.

"In less than five seconds, the boat was under water," Dannaoui said, adding that passengers were quickly handed life jackets.

But one of the survivors said a naval ship had deliberately crashed into the migrant boat to force it back.

The United Nations humanitarian coordinator for Lebanon Najat Rochdi called for an end to such repeated tragedies.

"It's horrific to see deprivation still pushing people to take a perilous journey across the seas," she said on Twitter. 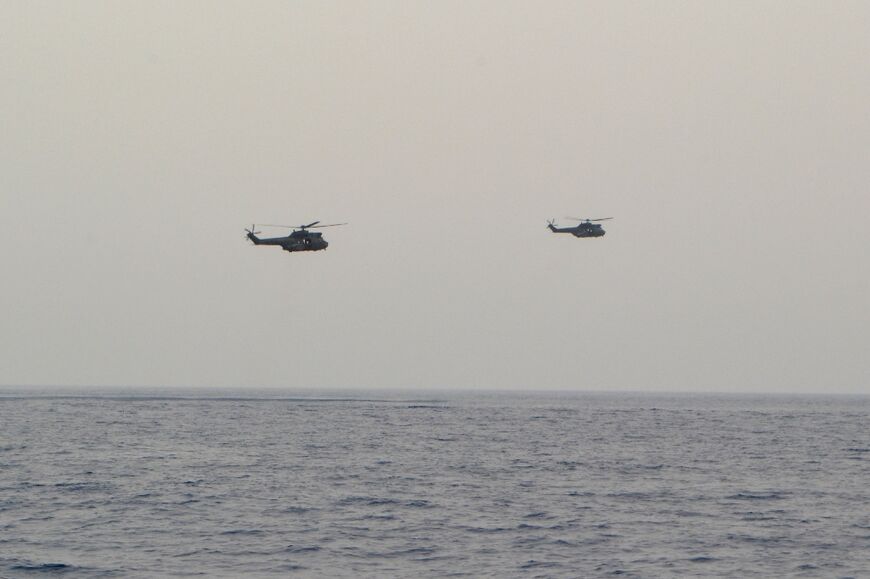 Calls circulated on social media networks for protests outside the Tripoli home of Prime Minister Najib Mikati, who declared Monday a day of national mourning for the victims.

Relatives lashed out at the country's leaders.

"Even when we are trying to run away from the filth of politicians and their corruption... death catches up with us," said Nissrine Merheb, who said two of her cousins and their three children were on board the vessel that sank.

Lebanon is in the grips of an unprecedented financial crisis, which has seen the currency lose more than 90 percent of its value. The majority of the population now lives in poverty.

The economic crash has spurred an uptick in illegal sea crossings, with Lebanese nationals as well as Syrian and Palestinian refugees attempting the perilous journey across the Mediterranean.

The UN refugee agency says at least 1,570 people, 186 of them Lebanese, left or tried to leave illegally by sea from Lebanon between January and November 2021.

Most were hoping to reach European Union member Cyprus, an island 175 kilometres (110 miles) away.

In the second half of 2021, Lebanon stopped around 500 would-be migrants from crossing out of the country, according to the country's naval chief.