Iran appointed the country’s fourth ambassador to Iraq since the fall of Saddam Hussein’s regime, and similar to his predecessors he is part of Iran’s Revolutionary Guard Corps. 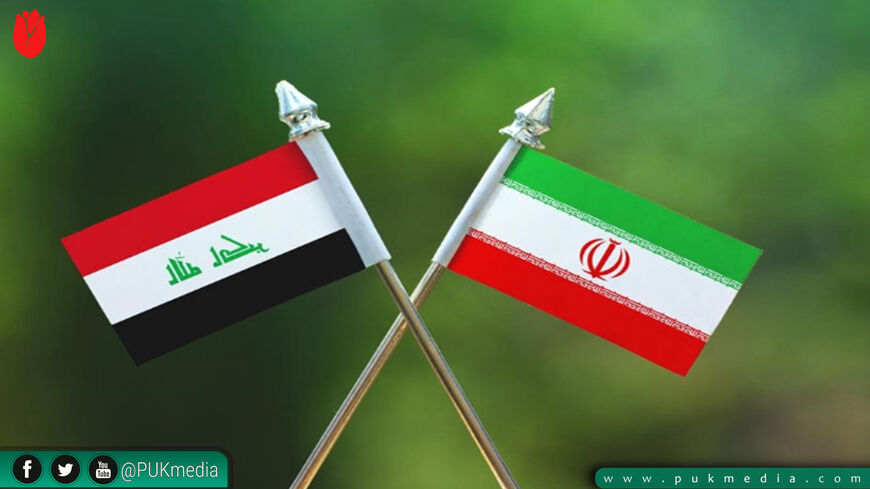 Iran’s Foreign Ministry announced on April 10 that Mohamad Kadhim al-Sadiq was appointed Tehran’s ambassador to Baghdad, succeeding Iraj Masjedi, who served in this post since April 2017.

The appointment comes at a time when Tehran is engaged in important negotiations with Washington in Vienna, with Iraq being considered as a pressure and negotiations card. It also coincides with the Saudi-Iranian negotiations in Baghdad in coordination with the Iraqi government.

Journalists close to the Iranian embassy in Baghdad reported that the new ambassador is of Iraqi origin. He was born in the city of Najaf and is fluent in Arabic, specifically the Iraqi dialect.

Sadiq held the post of deputy Iranian ambassador to Baghdad for years, and worked in the Iraqi file since 2003. He is a member of a religious family and he is the brother of  cleric Mohammed Reza al-Sadiq (1945-1994).

Remarkably, the new ambassador is affiliated with the elite Quds Force of Iran's Revolutionary Guards, which carries out missions outside Iran, similar to all ambassadors to Iraq since 2003.

Since 2003, Iran has appointed its ambassadors to Iraq with military — not diplomatic — backgrounds, especially from the Quds Force, starting with its first ambassador after the fall of Saddam Hussein’s regime in 2003, Hassan Kazemi Qomi, followed by Hassan Danaiefar, Iraj Masjedi and now Sadiq.

The background of Tehran’s ambassadors to Baghdad confirms that the Iraqi file is in the hands of the elite Quds Force,  not the Foreign Ministry, which may be marginalized in this regard.

Speaking to Al-Monitor, political analyst Qusay Mahbouba said, “All Iranian ambassadors to Iraq since 2003 were nominated by the IRGC, because the Iraq file, in all its details, is in the hands of its Quds Force. The other staff members of the embassy are also affiliated with the Quds Force.”

He added, “The new ambassador has worked in the Iranian embassy in Baghdad since 2003 and is very close to all Iraqi files and their intersections with the political components. He witnessed their successes and failures, and has a major experience in Iraqi affairs. He is familiar with the successful and failed experiences in the past 19 years.”

He noted, “The Iraq file will continue to be under the supervision of the Quds Force for the next five years. There are intersections between Iran’s Ministry of Intelligence and the IRGC over areas of influence in Iraq. But under the directives of the Supreme Leader Ayatollah Ali Khamenei, the file will remain in the hands of the IRGC, although the IRGC’s influence diminished after the killing of Quds Force commander Qasem Soleimani.”

Iran perceives Iraq as a battlefield against its foes, especially the United States. Since 2003, it has supported, financed and established groups that oppose the US presence and Washington's interests in Iraq. These groups have always served as pressure cards used by Tehran in its negotiations with Washington.

The greatest Iranian influence in Iraq over the past 19 years has been its military influence, and it will inevitably need someone in the country to control and coordinate with these armed groups.

Perhaps, Tehran wants to reduce the role of Quds Force commander Esmail Qaani, who, according to experts and specialists, was unable to fill the void left by his predecessor. That is why a friend and confidant of the former general who is familiar with the Iraqi file was appointed.

Arash Azizi, a visiting Iranian scholar at Stanford University and the author of Shadow Commander, told Al-Monitor, “Iran considers Iraq, Syria, Lebanon and Yemen, as major battlefields in its indirect war with the US, Israel and the main Gulf Cooperation Council countries.”

He added, “The appointment of Sadiq seems to be a continuation of the status quo. He is a somewhat ambiguous figure who has served earlier with Masjedi as an advisor. He worked out of Iran’s embassy in Baghdad earlier, but not publicly.”

Azizi added, “Iran’s policy in Iraq has been ongoing in a bid to retain significant influence in the central government through the presence of pro-Tehran figures, including Hadi al-Amiri. Tehran certainly helps coordinate the policies of Amiri and other Coordination Framework leaders such as Nouri al-Maliki. Yet, Iran also maintains its large military and intelligence presence which will be used in many ways when needed.”

When President Ebrahim Raisi took office, the IRGC’s role was expected to increase at the expense of the Foreign Ministry’s diplomatic role, as his policies go in line with those of the IRGC.

Speaking to Al-Monitor on condition of anonymity, sources at Iran’s Foreign Ministry noted, “The new ambassador was the main player in the Iranian embassy over the past years. He was in charge of the Iraqi file and preferred back then to stay away from the spotlight and to work behind the scenes.”

The source added, “Sadiq will be the actual official in charge of the Iraqi file in Iran, because he has an experience in this file, which is one of the most important files for Iran.”

Iran’s message behind appointing members of the Quds Force as its ambassadors to Baghdad, although they do not have diplomatic backgrounds, are not addressed to Iraqis only, but also to the US and its allies in the region. The message is that Iraq is an arena for the ongoing conflict and influence for Tehran, which permeates Iraqi affairs.