Director reveals Egypt missed out on 'Moon Knight' because of permits

Egyptian director Mohamed Diab, the first Arab to direct a Marvel production, has criticized his country’s bureaucracy and intervention by multiple authorities in obtaining licenses to film international productions on Egyptian soil. 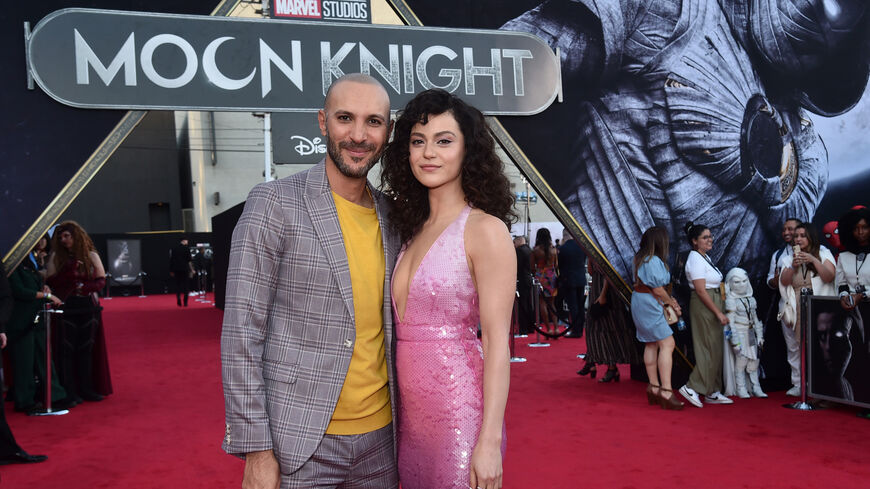 CAIRO — Egyptian film director Mohamed Diab, the first Arab to direct a Marvel production, revealed that the series “Moon Knight” was to be filmed in Egypt, but due to the difficulty of obtaining permits, the shooting was moved to Hungary.

As a result, Egypt lost out on the money that would have been spent during the shooting, in addition to the free promotion for tourism in the country.

In an interview with the Egyptian website Fil Fan on March 20, Diab said that “approximately 3 billion Egyptian pounds ($165 million) were spent in the Hungarian capital, Budapest, during the filming.”

He said it bothers him to see “productions whose events take place in Egypt filmed in other countries.” He noted that “some of the films shot outside Egypt do not show the real Egypt, as they are only interested in showing the pyramids and the desert as if Egypt were an old, backward country.”

Diab stressed that, in the Marvel series, “the production team did its best to show the streets of Egypt in Hungary and finally managed to reflect a true image of Egypt.”

In the first episode that aired on March 30 on Disney+, Diab's use of two Egyptian songs — Khasara (Loss) by Abdul Halim Hafez, and Bahlam Maak (Dreaming With You) by Nagat el-Sagheera — was widely welcomed.

The series "Moon Knight" is inspired by the Marvel superhero comics. It tells the story of hero Mark Spector, a former American soldier who suffers from an identity crisis and fights criminals thanks to the power granted to him by the Moon God known to ancient Egyptians as Khonsu.

Observers who spoke to Al-Monitor stressed the importance of filming international films on Egyptian soil due to the potential financial gains for the Egyptian economy and free tourism promotion.

Art critic Magda Khairallah believes “the failure to shoot international films in Egypt harms the country economically and causes it to lose huge profits, in addition to the loss of free tourism promotion for Egypt and its landmarks.”

Khairallah told Al-Monitor, “International production companies pay exorbitant money to film in countries, resort to characters from these countries during the filming and production processes, and show the beauty of the country and its landmarks.”

She affirmed that “Egypt has the appropriate capabilities and places for filming international films. But the obstacles and difficulties obstructing international producers have caused Egypt to lose money and prevented it from promoting its tourism and antiquities and spreading Egyptian history.”

Khairallah added that “one of the reasons international productions are not filmed in Egypt is the control of backward persons and bureaucracy.” She criticized the persistence of the “conspiracy theory” among some who believe that shooting movies in Egypt will convey a bad image of the country because of the presence of homeless children on the streets or forms of poverty or otherwise.”

She said, “There are countries such as [the United Arab Emirates], Jordan and Morocco that have become ‘open studios’ for shooting international films, making the international film industry on their lands profitable for their economies.”

Several Arab countries have witnessed during the past period the filming of international productions, such as Morocco, where the series “Game of Thrones” was filmed, as well as the UAE where several films were shot, including “Vanguard” and “Fast & Furious 7.” Jordan and Saudi Arabia, which signed in June 2021 agreements to shoot Saudi and Hollywood films in the city of al-Ula, are also examples of such countries.

Sayed Mahmoud, an art critic at Al-Ahram newspaper, told Al-Monitor, “Shooting international films in Egypt is facing a major crisis due to the large number of parties in charge of issuing a permit” such as the Ministry of Tourism, Customs, the Tax Authority and the Ministry of Culture.

Mahmoud believes that “the high cost of filming in Egypt and its streets is also one of the things that makes producers turn to other countries such as Morocco, Jordan, Saudi Arabia and the UAE, due to the low cost and the possibility of building models of Egyptian landmarks in the desert of these countries.”

He noted that “the bureaucracy in dealing with foreign filmmakers, asking them to see the content of the film before filming it, and examining the cameras and photographed material after the filming is over to know the content is another obstacle standing in the way of filming and producing international works in Egypt.”

Mahmoud stressed that “the solution to end the global filming crisis in Egypt is for one authority to issue filming permits to producers instead of having multiple authorities.”

Meanwhile, France-based Egyptian producer and director Hisham Abdel Khaleq told Al-Monitor, “Filming cinematographic productions in Egypt benefits the tourism sector and different sectors in the country, given the use of transportation facilities, restaurants, hotels and clothing factories in the country.”

He said, “Having one authority issuing permits would push film producers to shoot in Egypt.” At the same time, he stressed the need to reduce production costs in Egypt and give producers the facilities and privileges that attract them to film in the country.

When asked about his opinion on the series "Moon Knight," Abdel Khaleq said he was proud that the US company Marvel employed Egyptians such as director Diab and music producer Hesham Nazih.

The series includes the work of a number of other Egyptians as well as Diab, including Nazih, who composed the soundtrack for the entire series; film editor Ahmed Hafez; fashion designer Reem al-Amal; interior designer Ali Hossam; and artists Mai al-Qalamawi, Ahmed Dash, Hazem Ihab and Amr al-Qadi.