UAE continues to grow influence in Africa with Zimbabwe trade

The Emirates has expanded its presence on the African continent in recent years via infrastructure investments, military bases and more. 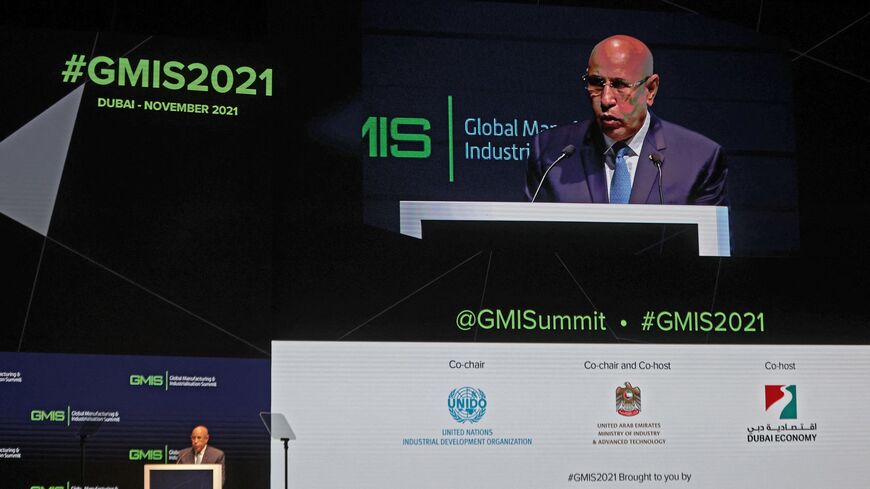 The official Emirates News Agency reported Friday that trade between the United Arab Emirates and Zimbabwe has increased 300% in the past three years.

Annual bilateral trade between the southern African state and the UAE amounted to $400 million three years ago. In 2021, it jumped to $1.6 billion, Zimbabwean President Emmerson Mnangagwa told the agency.

“The relations between Zimbabwe and the UAE are growing so fast in all sectors,” said Mnangagwa, adding that the UAE is now Zimbabwe’s second-largest trading partner.

Relations between the two countries improved after the UAE sent aid in response to the Cyclone Idai storm in 2019, according to the statesman.

Why it matters: The UAE has greatly expanded its influence on the African continent in recent years, including economically. Last year, the Dubai-based logistics firm DP World pledged to invest more than $1 billion in infrastructure throughout Africa over the next few years.

The African Union has a pavilion at the Expo 2020 in Dubai. The pavilion is focused on climate resilience, promoting women in business, infrastructure and more. Dubai ruler Sheikh Mohammed bin Rashid signed trade and investment agreements with Mnangagwa and the leaders of Botswana and Mauritius at the expo this week.

UAE policy in Africa is not relegated solely to the economic sphere. The Gulf state has also had a military footprint on the continent in recent years. In 2021, the UAE dismantled its military base in Eritrea amid its pullback from the Yemen civil war. In 2019, the UAE converted its military base in Somaliland into a civilian airport. The UAE maintains good relations with the de-facto state.

Some of the UAE’s military-related actions are controversial. The UAE has supported Ethiopia in its war in the Tigray region amid allegations of war crimes against the Ethiopian military.

The UAE has also offered to mediate the dispute between Ethiopia and Egypt over the former’s Nile river dam.

What’s next: The Dubai Expo 2020 is running until Mar. 31, and there are Africa-related events scheduled for the remainder of the month. On Mar. 23, there will be an event on financial inclusion in Africa. Two days later, the Angola pavilion will host a business networking event.