Russia’s invasion of Ukraine is producing fresh headwinds for Turkey’s economy, including further inflationary pressure and looming blows to the country’s tourism sector, a vital source of hard currency revenues. 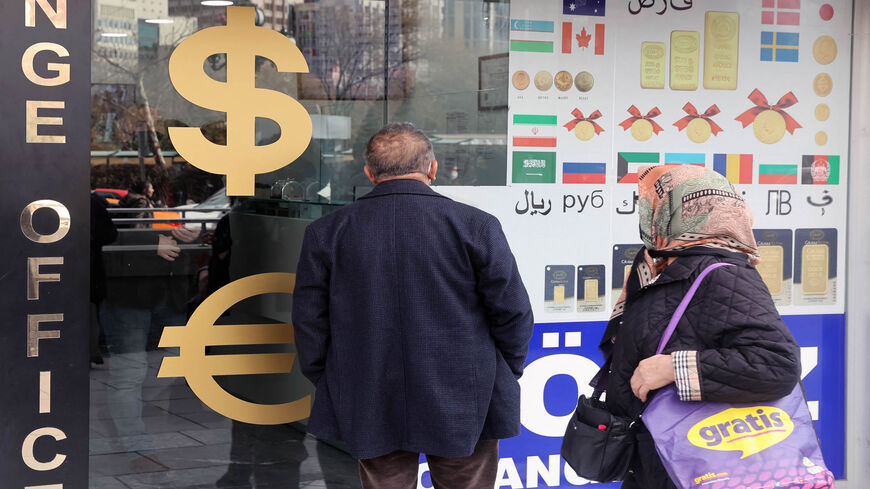 Consumer prices rose 4.8% in Turkey in February, bringing annual inflation to a two-decade high of 54.4%, official data showed March 3, as the economic fallout of Russia’s invasion of Ukraine threatens to worsen the country’s inflation woes.

The gap between consumer and producer inflations grew to more than 50 percentage points in February, as producer prices rose 7.2% on a monthly basis and 105% over a year.

The uptick in prices, fueled mainly by the slump of the Turkish lira last year, has plunged Turkey back into the grips of a sticky inflation that threatens to reach an annual of 60%-70%, a level unseen in the past 20 years. Consumer inflation hit 36% in 2021 and monthly price increases were in the double digits in December and January, totaling 26%.

Standing out in the February data is the continued surge in the prices of food, to which the Turkish Statistical Institute (TUIK) assigns the largest weight of 25% in the inflation basket. Faced with simmering popular discontent ahead of elections next year, President Recep Tayyip Erdogan’s government reduced the 8% value added tax on basic foods to 1% last month. Still, food prices soared 8.4%, marked by a 31% increase in vegetable prices that brought annual vegetable inflation to more than 100%. Annual food inflation hit 64.4% — a burden that Turkey’s low- and low-middle-income groups could hardly tolerate.

According to Turk-Is, a leading confederation of trade unions, the cost of a healthy and balanced diet — known also as hunger threshold — rose to 4,553 liras ($322) for a family of four in February, surpassing the monthly minimum wage of 4,250 liras ($300), which is the pay of about half of Turkey’s wage-earners and was raised by 50% as recently as January.

In the transport group, fuel prices rose 10% in February, driven by the increase in global oil prices, while automobile prices increased 1,2%. Fuel prices had soared about 23% in both December and January. This makes for a staggering 66% increase from the beginning of December through February alone. Overall, the transport group saw price increases of 4,5% last month, with the annual rate hitting 75%.

In the durable goods group, the prices of white home appliances and brown goods rose 7% in February and nearly 65% over a year, driven mostly by the increased cost of imported inputs due to the depreciation of the lira.

According to TUIK, producer prices in the services sector rose about 55% in 2021 and the rate spiked to an annual of nearly 75% in January. This was a major sign that consumer services prices would also soar down the road.

In February, a number of services saw significant price increases, though some of them have a relatively small weight in the overall inflation calculation. Prices in the health care group, for instance, rose 6.4% as drug prices alone shot up 17%. The entertainment culture group saw price increases of 2.7%. The prices of eating and drinking services, which are closely related to food prices, increased 4.5% in February and 55% over 12 months.

Russia’s invasion of Ukraine in late February threatens further inflationary pressure for Turkey as global energy and commodity prices go up. The impact of the crisis appears bound to stoke inflation this month, with the prices of fuel, food and some services already on the rise in early March.

The conflict has sent the lira tumbling again, despite measures to keep it stable, including a deposit scheme introduced in December under which Ankara guaranteed lira deposits against any losses due to the slump of the currency at the risk of putting fresh burden on the Treasury. The lira is likely to continue to slide, although the Central Bank has sought to prop it up by selling hard currency via public banks despite the drawdown in its foreign reserves. At a time when global crude and gas prices are already on the rise, a weakening lira would amplify the cost of energy imports, on which the Turkish economy heavily relies, pushing prices up across the board.

As a result, monthly consumer inflation might soar over 5% in March and perhaps in ensuing months. Even if consumer prices rise 4.7% this month, annual inflation would surpass 60%, a gloomy enough prospect.

Russia and Ukraine supplied 80% of Turkey’s $4 billion grain imports last year, and any price increases on this item alone would push consumer inflation up.

The conflict has soured also Ankara’s hopes of boosting hard currency revenues from tourism this summer to ease foreign exchange prices and thus inflation. According to pre-war estimates, 7-8 million Russian and Ukrainian tourists were expected to visit Turkey this year, bringing in at least $8 billion to 10 billion. Nearly 4.7 million Russians and some 2 million Ukrainians traveled to Turkey in 2021, accounting for more than a quarter of foreign visitors.