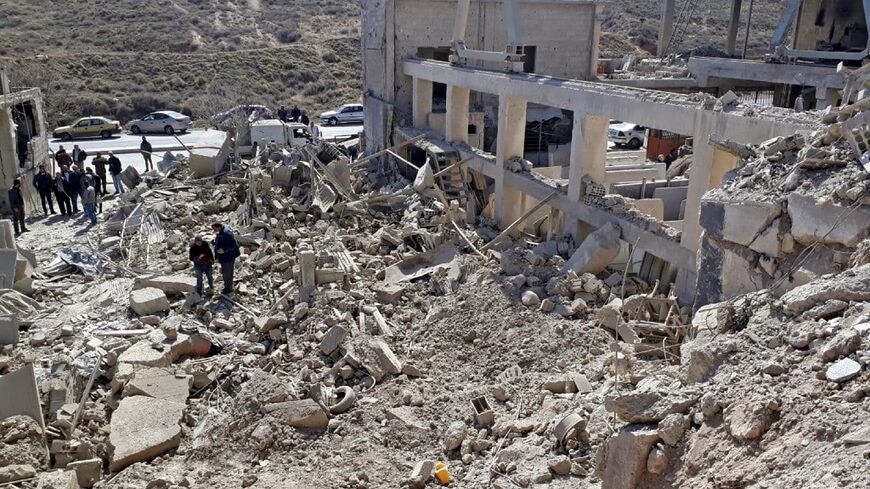 Israel carried out the strikes at around 5 am (0300 GMT), hitting positions south of the capital, Syria's official SANA news agency said.

"Our air defence systems intercepted the missiles, downing most of them," SANA added.

"Two civilians were killed and some material damage was incurred," it said.

The foreign ministry accused "the Israeli enemy of launching a new attack ... on residential areas of the Damascus countryside."

The airstrikes damaged "civilian property" in the suburb of Harasta, SANA said.

But the Britain-based Syrian Observatory for Human Rights said the strikes killed two pro-Iran militiamen and wounded six others.

The target of the strikes was "a weapons and ammunition depot operated by Iran-backed militias near Damascus international airport", it said.

The war monitor, which relies on an extensive network of sources inside Syria, said it could not confirm civilian fatalities.

According to the Observatory, Israel has carried out raids in Syria at least seven times so far this year.

Since civil war broke out in Syria in 2011, Israel has carried out hundreds of air strikes inside the country, targeting government positions as well as allied Iran-backed forces and fighters of Lebanon's Shiite militant movement Hezbollah.

While Israel rarely comments on individual strikes in Syria, it has acknowledged mounting hundreds of them since 2011.

The Israeli military has defended them as necessary to prevent its arch-foe Iran from gaining a foothold on its doorstep.

The conflict in Syria started with the brutal repression of peaceful protests and escalated to pull in foreign powers and global jihadists. It has killed nearly 500,000 people.