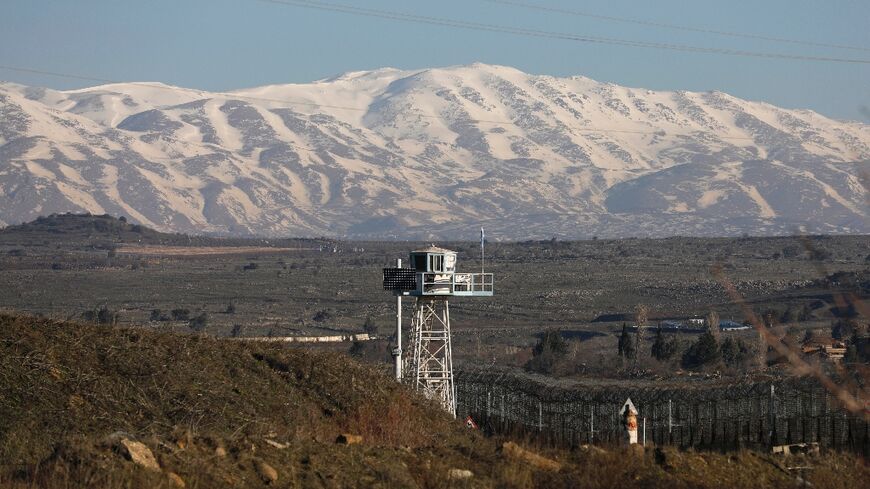 It is the fourth time this month that Israeli strikes have been reported inside Syria, keeping up a campaign against pro-Iranian forces supporting the Damascus government in the more than decade-old civil war.

The Britain-based monitor, which has an extensive network of sources across the country, said the raids "targeted positions and arm depots" operated by Iran-backed groups near Damascus airport, destroying several weapon caches.

The strikes also targeted air defences south of Damascus, said the Observatory, which did not elaborate on any damage.

The official SANA news agency said air defences intercepted most of the missiles but three soldiers were killed.

The latest raids follow Israel's bombardment this week of a Syrian town near the armistice line on the Golan Heights, and strikes on a Syrian military post on February 17, and on anti-aircraft batteries at the start of the month.

The Observatory said Israel has carried out raids in Syria at least six times since the start of the year.

Asked about the latest strikes, an Israeli army spokesman said: "We don't comment on reports in foreign media".

Since civil war broke out in Syria in 2011, Israel has carried out hundreds of air strikes inside the country, targeting government positions as well as allied Iran-backed forces and fighters of the Shiite militant movement Hezbollah.

While Israel rarely comments on individual strikes in Syria, it has acknowledged mounting hundreds since 2011.

According to the Israeli military, it hit around 50 targets inside Syria in 2020.

In December, it carried out a strike targeting an Iranian arms shipment in Latakia -- in the heartland of President Bashar al-Assad's minority Alawite community -- its first on the port since the start of the civil war.

The Israeli military has defended the strikes as a necessary measure to prevent its arch-foe Iran from gaining a foothold on its doorstep.

Israel's head of military intelligence, Major General Aharon Haliva, has accused Iran of "continuing to promote subversion and terror" in the Middle East.

In a shadow war, Israel has targeted suspected Iranian military facilities in Syria and mounted a sabotage campaign against Iran's nuclear programme.

Iran has been a key supporter of the Syrian government in the decade-old conflict.

It finances, arms and commands a number of Syrian and foreign militia groups fighting alongside the regular armed forces, chief among them Hezbollah.

The conflict in Syria has killed nearly 500,000 people since it started in 2011 with the brutal repression of peaceful demonstrations.