The Russian invasion of Ukraine has led to historically high oil prices. 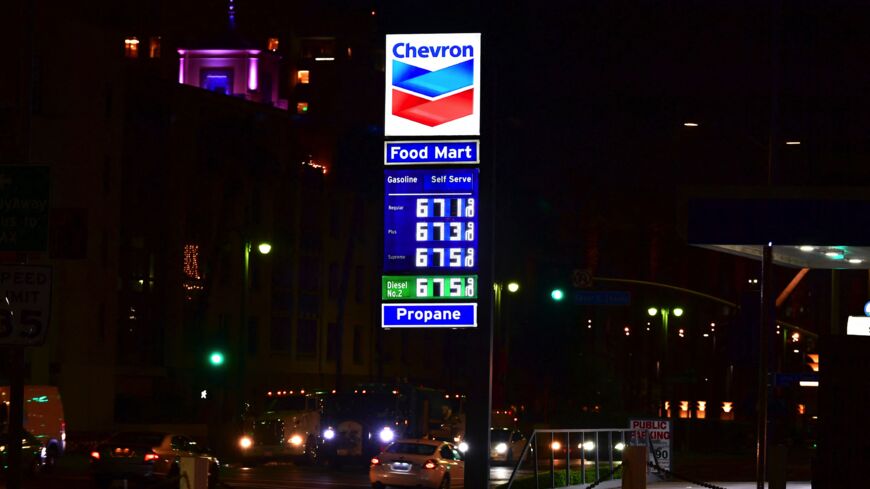 The prices for gas and diesel fuel, over $6 a gallon, are displayed at a petrol station in Los Angeles, March 2, 2022. - FREDERIC J. BROWN/AFP via Getty Images

The price of Brent crude oil, widely considered the global benchmark for oil prices, briefly traded above $139 a barrel overnight. This was the highest price since 2008.

In the Gulf, the price of Dubai crude oil on the Tokyo stock exchange reached 77,240 yen ($670) per kiloliter today. This was the highest price on the Japanese exchange since just before the US housing crisis in 2008, the official Emirates News Agency reported.

Saudi Arabia’s state-oil company Aramco also raised the price of Arab light crude for buyers in Asia to $4.95 a barrel. This is the highest price of all time, Reuters reported today.

Aramco’s stock continued to trade close to its all-time high of $12 a share today.

The Russian invasion of Ukraine has led to skyrocketing oil prices around the world. Saudi Arabia, Russia and other top oil producers have so far declined to boost production, despite pleas from US President Joe Biden for countries to release their oil reserves. The Biden administration has curbed the United States' own domestic oil production, citing environmental concerns.