Despite the destruction in Yemen, land and residential prices are skyrocketing and the industry is becoming an attractive investment. 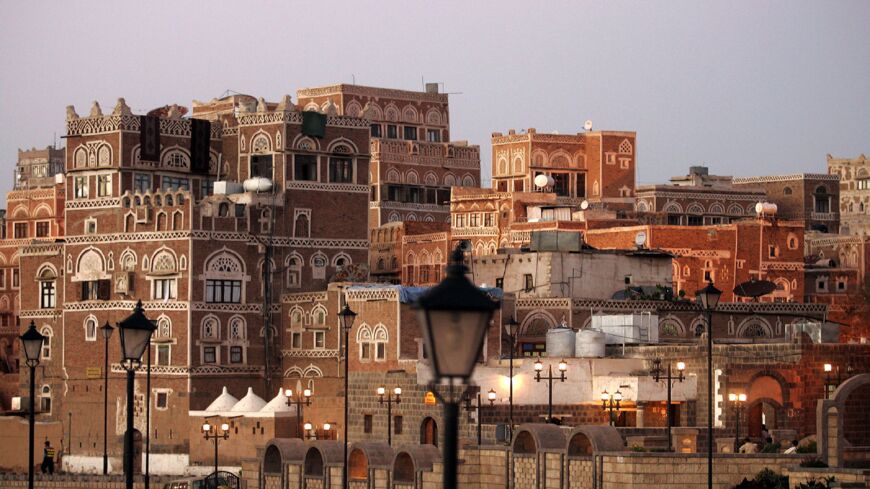 The repercussions of the war in Yemen have spared no province or city, with the capital, Sanaa — among the most highly impacted since the start of the conflict in 2015 — having come under countless air raids.

But the city presses on and multiple businesses, including real estate, continue to expand. With land and residential prices skyrocketing, the industry is increasingly becoming an attractive investment opportunity in the densely populated city.

Fuad Abdu, a real estate broker and construction contractor in Sanaa, said the war had not ruined the real estate business, and land and house prices have continued to rise.

He told Al-Monitor, “There has been a mounting demand for houses and land in Sanaa. Buying a land plot or a house is not a loss here because they can be resold for a good profit.”

Pointing to a neighborhood in his area on the outskirts of Sanaa, he said, “Only a few houses were seen in this neighborhood three years ago, and the price of land there was low. Now many buildings have been built and the price has quadrupled.”

Abdu recognizes that the conflict has paralyzed many businesses in Sanaa, but some remained afloat. “Three business activities have survived and thrived; namely, money transfer and exchange centers, restaurants and real estate.”

Relative security in Sanaa and the influx of displaced families are among the reasons contributing to the boost in the real estate sector. Since the 2014 Houthi takeover of Sanaa, the city has not seen large-scale ground fighting.

In 2017, limited clashes erupted when former President Ali Abdullah Saleh and the Houthi group ended their alliance. Since then, Sanaa has been safe from ground infighting but not from airstrikes.

Mohammed Nasser, a landlord in Sanaa, said demand for land and houses has been high, and new buildings keep popping up in the city and its outskirts.

Nasser remembers the beginning of the conflict in 2015 when the Saudi-led Arab coalition launched its aerial campaign and how the military operations affected real estate in Sanaa.

“In 2015, many families fled Sanaa, fearing the airstrikes. Some of them thought that the Houthis would be defeated within a short time and they would be able to return to their homes. That development dealt real estate in Sanaa a big blow,” he told Al-Monitor.

He added, “However, as time went by, ground fighting and airstrikes in other provinces grew worse than in Sanaa, driving thousands of people to escape to the capital and, as a result, boosting the real estate industry.”

The 2015 projections on population growth revealed that the capital city’s population was about 2,900,000. But in June 2021, Houthi officials indicated that the population in Sanaa had risen to over 7 million due to internal migration and the increase of displaced people from other provinces. This has created huge demand for services, including accommodations.

Forty-year-old Abdu Sa’ad lived in Hodeidah, where he ran his restaurant. Two years back, he moved to Sanaa along with his family. He told Al-Monitor, “I sold my home in Hodeidah and purchased another one here. I also know others who did the same, and this has influenced the price of land and houses in Sanaa.”

Sa’ad feels that Sanaa is safer than Hodeidah, and people here are not worried about the direct armed clashes between different militant groups. “This is why I prefer to work and stay in Sanaa.”

The trend for land and real estate purchases has also been bolstered by Yemenis working abroad who no longer prefer to keep money in local banks. Instead, their safe choice is to buy land and houses. Saleh Amri, a Yemeni worker in Saudi Arabia, told Al-Monitor that purchasing land and houses is the ideal way to save his earnings, as the war has made people lose trust in banks. “I used to deposit my money into banks in Yemen. Now I do not want to do that because I do not feel my money is secure.”

He added, “During the war, customers were not allowed to withdraw their savings at one time. But they can sell their properties when they want, which is better and safer than keeping money in banks.”

While the absence of ground fighting and the influx of displaced persons has contributed to the boost in the real estate sector in Sanaa, in May 2021, Al-Mashhad Alarby news website quoted real estate sources as saying that leading Houthi members’ rising demand for vast land plots had also led to a jump in the price of real estate. Those members deem the houses and land as the most secure way to keep the money they have accumulated since the Houthi takeover of Sanaa.

A Sanaa-based economist speaking on the condition of anonymity told Al-Monitor, “The war has made some Houthi affiliates rich overnight. So they do not want to accumulate money. Instead, they have purchased houses and land in Sanaa. This is their technique to hide the cash, and this reality has invigorated the real estate business.”