The Palestinian Authority adheres to the principle of neutrality in the Russian war on Ukraine, but Palestinians do not hold back in criticizing the double standards of the West, imposing sanctions on Russia, while turning a blind eye to Israel’s war against them for 74 years. 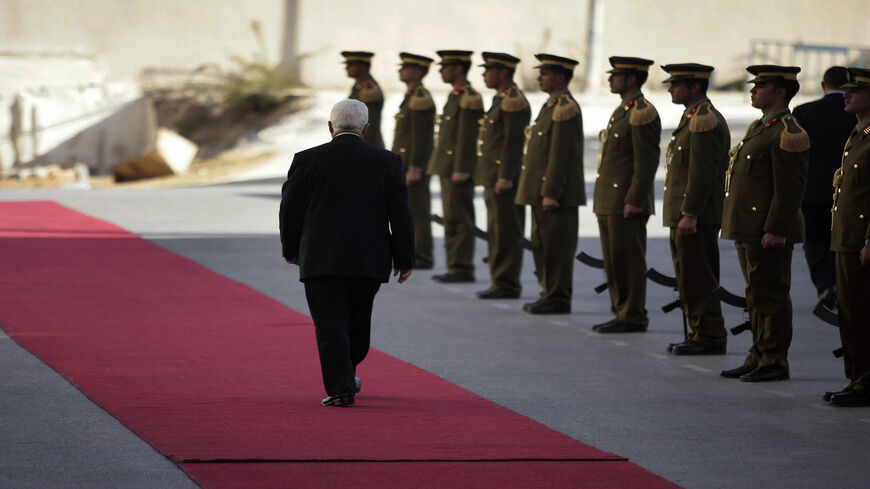 RAMALLAH, West Bank — Palestinians remain silent about the Russian war on Ukraine, as the Palestinian Authority (PA) has yet to take an official stance on Moscow’s military attack that was announced by Russian President Vladimir Putin Feb. 24. The PA appears to be trying to avoid any negative political repercussions that could result from a stance it might have on the ongoing war.

However, several reasons could push the PA to stick to a “neutrality” position, as it represents a people under occupation, demanding justice from the international community. Therefore, the PA needs the support of the world’s countries politically and economically, which requires it to disassociate itself from the ongoing conflict.

The PA also relies on European financial aid estimated at $300 million annually, bookmarked for vital sector developments, most notably infrastructure projects. This is not to mention that the European Union’s political position is adherence to a two-state solution, opposition to Israeli settlements and implementation of projects in Area C in the West Bank, which is under full Israeli control.

The PA also awaits the US administration to implement its pledges to open a consulate in East Jerusalem, reopen the PLO offices in Washington and resume economic assistance — all of which are gains the PA believes it could lose should it take a stance in favor of Russia.

Meanwhile, the PA maintains good friendly political and economic relations with Moscow, which it cannot sacrifice by taking a hostile position against Russia’s invasion of Ukraine. This is not to mention Russia’s firm political stance in favor of a two-state solution, and rejection of Israeli settlements in the West Bank. The PA has also urged Moscow several times to take on a political role in the peace process through the International Quartet and convene an international peace conference.

These efforts were prompted by former US President Donald Trump’s decisions in favor of Israel, which pushed the PA to try and shun the American mediation in the peace process, requesting Moscow to further intervene in this regard. Also, one ought to mention Russia’s attempts to mediate to end the internal Palestinian division.

Also in April 2015, the PA and Russia established a joint economic committee that holds annual meetings to discuss ways to boost joint economic cooperation. In November 2019, the committee witnessed the signing of a series of major agreements between the Palestinian and Russian private and public sectors in various fields, including in the energy, customs and employment fields. As part of one of these agreements reached in 2019, Russian companies would help the Palestinian side in oil drilling operations and in energy and electricity projects.

A PLO official told Al-Monitor on condition of anonymity, “The Palestinian leadership does not have to take a stance on the Ukrainian crisis, which could entail negative repercussions we are better off without."

He said that the general Palestinian position calls for resolving any international or original dispute through peaceful means.

“We have been saying no to war for 74 years, but this does not mean we will take sides with one party against the other,” the source said, adding that the PA has been maintaining a neutral stance of disassociation vis-a-vis the different regional conflicts.

Ahmed Majdalani, member of the PLO Executive Committee, told Al-Monitor, “The PA is all for resolving conflicts through diplomatic and political solutions, and supports the rights of self-determination for peoples.”

He said, “Our position is clear. The ongoing war in Ukraine is an international conflict that does not have any positive repercussions on the Palestinian cause. The world’s attention is now riveted at the crisis, while the Palestinian cause has been relayed to the background."

Majdalani noted, “Therefore, we are not required to support the position of the United States and Europe against Russia. The ongoing war is an international issue aimed at establishing a new world order, and we are not a party to it. Why would we have to choose sides? We just adopt a positive neutral stance and call for peaceful solutions."

He denied allegations reported Feb. 25 by the local Ajyal radio that the Palestinian leadership had been pressured by any party to take a position. “This is not true. We were not pressured and not one of us spoke about this issue at all,” Majdalani said.

Maintaining an official “positive neutral” stance, however, did not stop Palestinians from criticizing the double standards of Western countries. While sanctions and boycotts are raining on Russia, a blind eye continues to be turned to Israel’s aggressions and attacks on the Palestinians.

Hussein Sheikh, member of the Fatah Central Committee, who is close to Palestinian President Mahmoud Abbas, castigated in a March 4 tweet the inconsistency in the Western countries’ position.

“When the [skin] color, religion, race become an identity, values, morals and humanity are lost. When international legitimacy becomes entangled in double standards, justice is lost, the truth is crushed and tyranny takes over. Dozens of international resolutions were overlooked and lost before the use of power. The people of Palestine continue to be victims of the occupation and the lack of justice,” Sheikh tweeted.

Majdalani said, “Since the beginning of the conflict, the United States and the European Union have been talking about human rights, war crimes, international criminality and racial discrimination taking place on the border. We, however, heard nothing being said against Israel. As Palestinians, we have a right to point out these double standards."

Omar al-Ghoul, writer and political analyst, told Al-Monitor that the Palestinian leadership refuses to interfere in any Arab, regional or international conflict, and is not part of any of the world’s power axes, because it seeks the support of the countries around the world to uphold the Palestinian cause.

“The PA cannot take a biased position in favor of one party over another, even if it were pressured to do so, because this would jeopardize the Palestinian higher interest,” Ghoul said, stressing that the Ukrainian crisis highlighted the double standards vis-a-vis the Palestinian cause.

“Hardly one week into the war and the Western countries were swift to impose more than expected sanctions against Russia, in addition to boycotts and embargoes that affected all fields. Meanwhile, Israel has had free rein to commit massacres against the Palestinians for 74 years. The United States has never once failed to defend Israel at all international platforms, vetoing UN Security Council resolutions and condemning any condemnation of the Israeli occupation,” Ghoul said.