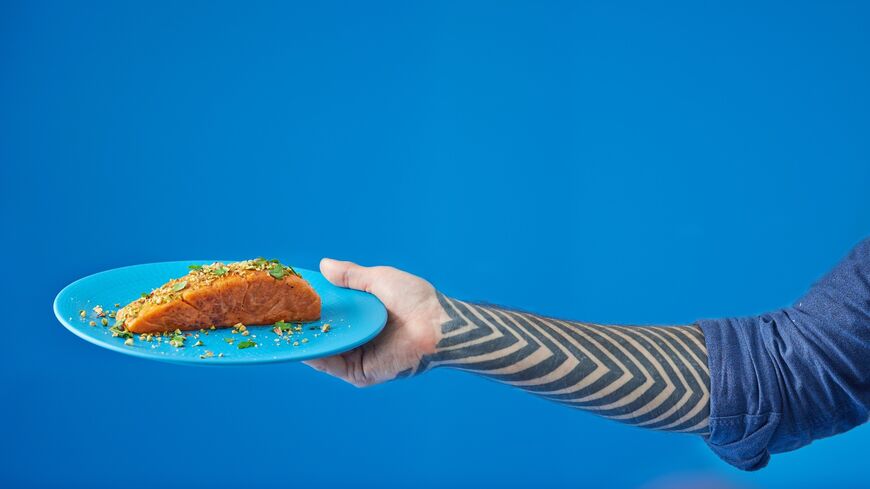 The event was hosted by the Jerusalem-based investment platform OurCrowd. 3D printing refers to the layered construction of three-dimensional objects based on digital files. A handful of Israeli companies attended, including the food tech startup Plantish.

Plantish is working on a plant-based alternative to salmon produced via 3D printing. Co-founder and CEO Ofek Ron said the company is motivated by overfishing and wants to capitalize on the growing demand for meat alternatives in the United States.

“People are becoming more aware of how food is coming to their plate. When you have the opportunity to have the same fish without hurting fish, that’s good for everyone,” said Ron. “There’s a big flexitarian trend in the United States trying to reduce meat. They will be the first ones we target.”

Plantish was founded in 2021 and publicly unveiled its prototype for the first time in January. The fish substitute is not yet ready for mass consumption, though. Ron predicted that the salmon will be available in Israel and the United States by the end of 2023.

Meat alternatives, including those produced by 3D printing, are appealing because they do not require raising and killing animals. The practice is not without its downsides, however. Some critics believe it may lead to malnutrition, saying such food is not natural.

The popular Arab-Israeli vlogger Nuseir Yassin, aka Nas Daily, debuted a video at the OurCrowd event touting Plantish’s salmon. He was also featured in a paid ad promoting the event on The Times of Israel's website.

Yassin, who is based in Dubai, is a controversial figure in the Middle East. The Palestinian citizen of Israel has been accused by pro-Palestine activists of promoting normalization with Israel.

Among others, the Israeli firm Fresh Start, which supports healthy food-focused startups, was also featured at the event.