The selection of Iraqi president have been delayed because of the sharp division between the two main Kurdish parties over which candidate should fill the role reserved for their group. 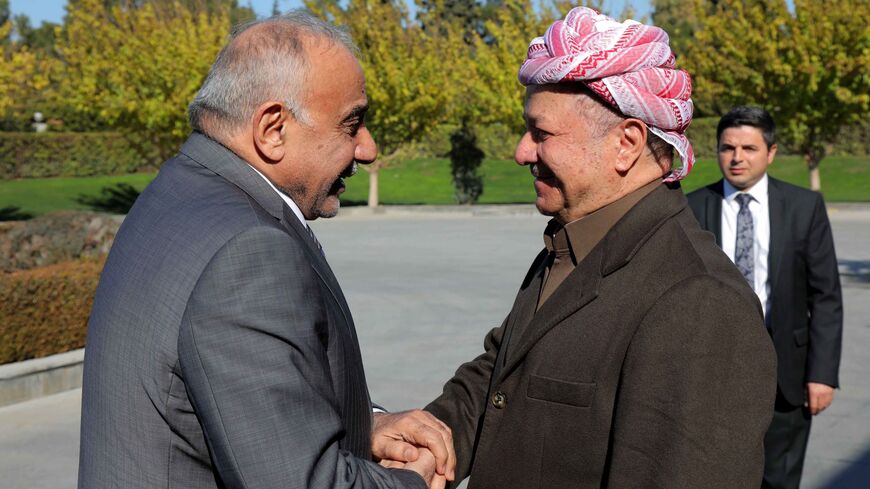 Iraqi political parties are divided sharply over selecting the new president. The role is reserved for a Kurd, who has usually come from the Patriotic Union of Kurdistan (PUK).

However, PUK's rival, the Kurdistan Democratic Party (KDP), is allied with largest Sunni party (Taqaddom, led by Muhammad Halbousi) and the largest Shiite party (Sadrists, led by Muqtada Sadr). On the other side, the Coordination Framework, consisting of mostly Iran-backed groups, are supporting a second term for the current president, Barham Saleh, who is affiliated with the PUK.

The parliament has set March 26 as the date to elect the President. 40 candidates are registered for the post, including Barham Saleh.

Non-Kurdish parties are waiting for the end of the crisis between the two Kurdish parties. The delay caused by this division entails another delay for the Shiites in agreeing on the upcoming prime minister.

Kazem al-Haidari, a member of the State of Law coalition led by Nuri al-Maliki, announced March 5 an unsuccessful initiative put forward by the Coordinating Framework that includes Shiite political and armed forces to resolve the Kurdish crisis. Haidari, however, did not address the content of the initiative, its details, or even its mechanisms.

The initiative shows that the Shiite and Sunni parties have not yet been able to to bring the Kurdish parties together at the negotiating table. But both groups have insisted on their right to the post of President of the Republic.

A leading KDP member, Shwan Muhammad Taha, told Al-Monitor, “There are no serious mediations. … The PUK wants mediation and negotiations that fall only within its best interest.”

He added, "The presidential position reverts to the Kurdish component, and not exclusively to the PUK. Ultimately, this issue must be settled by Parliament where the party with the most votes will win.”

According to the political practice in Iraq since 2003, the President of the Republic position is filled usually by a Kurd. The PUK, led by the Talabani family, has been filling this post since 2005. The KDP competed with it in 2018, but did not succeed.

The Shiites and Sunnis have yet to put forward any concrete initiative, although the leader of the Popular Mobilization Unit (PMU)-affiliated Babylon faction, Rayan al-Kildani, an ally of Iran in Iraq, proposed an initiative during his visit to the KDP leader, Massoud Barzani. According to a statement by Babylon, Kildani expressed his readiness to serve as the link between all parties.

Al-Monitor spoke to PUK leader Rizan al-Sheikh, who denied any initiatives or efforts by the Shiite and Sunni parties to bring the Kurds closer together. “What is being proposed are mere expressions of intentions and attempts to settle matters. All of this falls within the scope of efforts aimed to strip us of the presidency. This is something we do not accept,” she said.

Both the Shiite and Sunni parties seem to be exploiting the intra-Kurdish disagreement to gain time, and both are trying to justify their failure to come up with initiatives to solve the crisis.

When the Federal Court rejected the KDP candidacy of Hoshyar Zebari, Massoud Barzani's uncle, the KDP nominated a new candidate: the Kurdistan region's interior minister, Reber Ahmed Barzani. The move reflected the family’s insistence on keeping the presidential post. Nechirvan Barzani is the president of the Kurdistan Region of Iraq, and his cousin Masrour Barzani is the prime minister.

The power struggle between the two Kurdish parties escalated, especially with Barzani not nominating any candidate from outside his family. Some members of the Coordinating Framework expressed their rejection of Barzani's presidential candidate in political salons and television programs, and they seemed to support Barham Salih, whom they had always accused of being the agent of the US and the West.

An Iraqi politician in a Shiite party affiliated with the Coordination Framework spoke to Al-Monitor on condition of anonymity. “Iran's allies now support Salih for a second term, and this is based on the recommendation of Iran,” he said.

The Federal Supreme Court's ban on Zebari's candidacy, in addition to decreeing the parliamentary so-called “blocking third”, are all hurdles for the tripartite alliance between Massoud Barzani, Muqtada al-Sadr and Muhammad al-Halbousi — an alliance that Iran did not want.

Meanwhile, the Kurds’ protracted failure to achieve a consensus on the presidential post seems to offer an opportunity for Iran and its allies who lost in the elections. The Kurdish dispute will grant Tehran the time it needs to reposition the Shiite forces in one alliance, or at least involve them all in the next government.