The Republican lawmaker told reporters in Jerusalem last month that he would “expect more accidents” to befall Iranian scientists in an apparent reference to alleged Israeli assassinations of the country’s nuclear scientists. 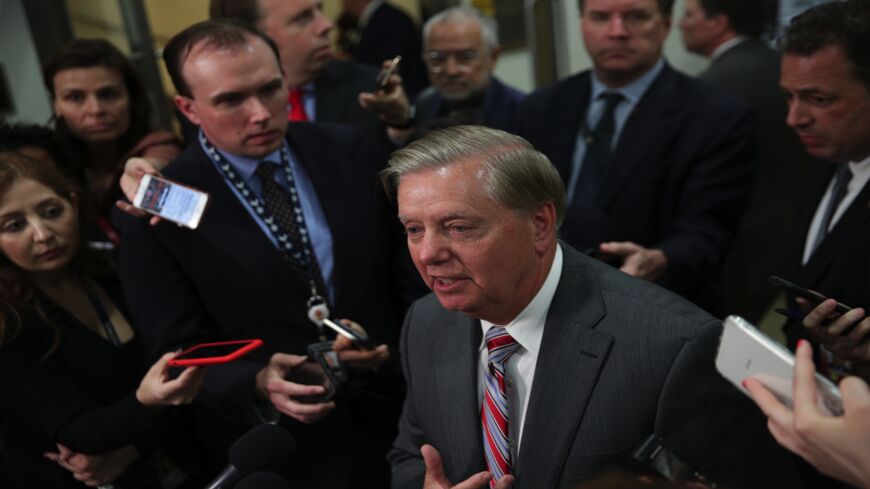 US Sen. Lindsey Graham (R-SC) speaks to members of the media after a closed briefing for Senate members on May 21, 2019, on Capitol Hill in Washington, DC. - Alex Wong/Getty Images

Iran is angry with a prominent US senator, accusing him of calling on Israel to kill the Islamic Republic’s nuclear scientists.

Last month, Republican Sen. Lindsey Graham of South Carolina spoke to reporters in Jerusalem about the ongoing Iran nuclear deal talks. Graham reportedly said, “A lot of Iranian scientists have had a lot of accidents, and we would expect more accidents to come.”

Graham was speaking in reference to the deaths of Iranian nuclear scientists in recent years. At least four scientists were killed between 2010 and 2012, and Iran has blamed Israeli intelligence for the killings. Then, in late 2020, Iranian nuclear scientist Mohsen Fakhrizadeh was apparently shot dead via a satellite-controlled weapon. Iranian officials likewise blamed Israel for his death.

Israeli officials typically do not discuss such allegations. In 2020, then-Prime Minister Benjamin Netanyahu declined to comment on whether Israel had a role in Fakhrizadeh’s death.

Graham has long been an opponent of Iran's nuclear program and an overall critic of the Islamic Republic. A spokesman for Graham did not respond to Al-Monitor’s request for comment.