Germany is considering buying gas from Qatar amid the war in Ukraine and the United States has been pushing the Gulf state to send more gas to Europe. 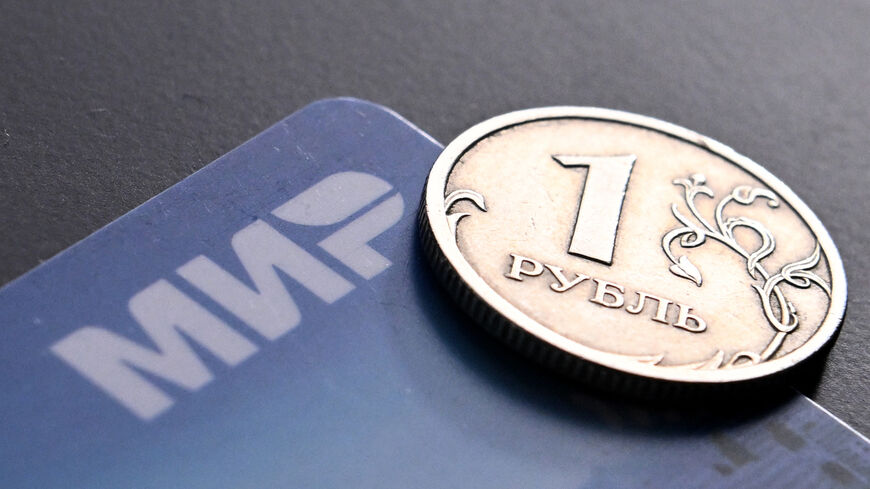 A photo taken on March 14, 2022, shows a Russian ruble coin and the Russian Mir payment system logo on a bank card in Moscow. - AFP via Getty Images

Putin added that the measure will come into effect “within the shortest possible time,” according to TASS. Europe receives around 40% of its natural gas from Russia.

Why it matters:  Russia is one of the largest gas exporters in the world, along with Qatar, the United States and Australia.

This is not the first time Europe has considered replacing Russian gas with Qatar’s and in January, the United States attempted to persuade Qatar to consider sending more gas to Europe. The plan would have involved sending gas via ships and delays for Qatar’s customers in Asia, an analyst told Al-Monitor at the time.

What’s next:  Putin’s decision is one of a few recent energy-related developments that could threaten the supremacy of the US dollar. Saudi Arabia is also considering pricing oil sales to China in yuan.

The move does not apply to Russian oil exports at present, per Putin’s remarks. Many Middle Eastern states produce their own oil, but Turkey imports some of its oil from Russia. International oil sales are typically priced in dollars.