Demand for natural gas up more than 20% in past decade

The Gas Exporting Countries Forum is convening in Qatar amid the conflict between Russia and Ukraine, which could have a major effect on Europe’s energy supply. 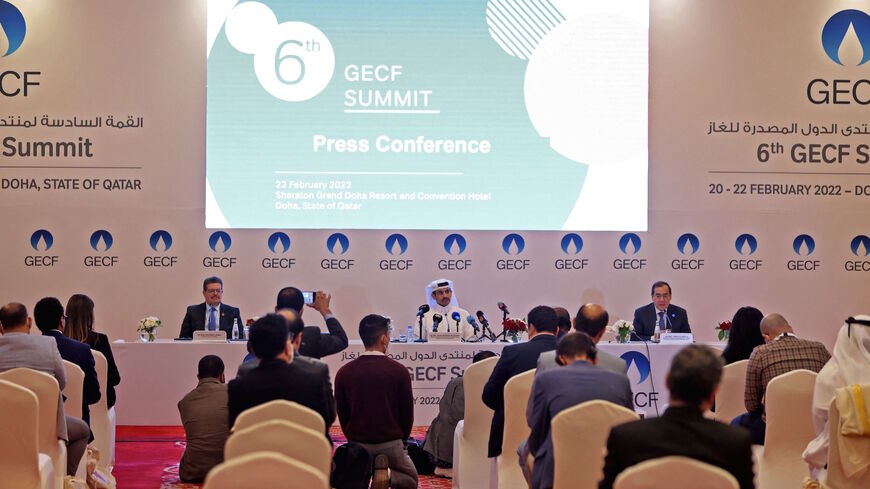 Demand for natural gas has grown 23% since 2011, the secretary-general of Gas Exporting Countries Forum (GECF) Mohamed Hamel said today. Hamel made the remarks at the GECF summit in Doha, the official Qatar News Agency reported.

The GECF began in 2011 and is often compared the Organization of the Petroleum Exporting Countries, aka OPEC. At present, Qatar, Russia, Iran, Egypt, Algeria and several other African, Latin American and Caribbean states are members. GECF member states account for the majority of the world’s gas reserves.

Hamel’s figures indicate the continued strength of the international gas market. Demand for renewable, cleaner sources of energy has risen in recent years, including in the oil and gas-rich Middle East. Global gas prices remain at their highest since 2019, however. Oil prices are also at their highest in several years. Gulf states have been slow to adapt solar and other more environmentally-friendly energy sources as a result.

The GECF meeting comes amid a potential war between Russia and Ukraine, which could have major ramifications on the world gas market. Russia sent troops into two breakaway regions of eastern Ukraine yesterday. However, the full scale invasion American officials have been warning about has yet to occur. Russia supplies the European Union with about 40% of its natural gas.

On Feb. 20, GECF member states met ahead of the summit to discuss potential alternatives to Russian gas in Europe. Many gas-exporting countries feel they have limited capacity to boost production, though.

In January, the United States asked Qatar to consider supplying natural gas to Europe in the event of a Russia-Ukraine war. The plan would involve Qatar rerouting supplies from its customers in Asia. White House spokespeople did not reply to Al-Monitor’s request for comment on the plan.

However, Qatar said earlier this month it had not spoken to buyers in Asia about any gas route diversions. The Gulf state's energy minister told reporters today that no single country could replace Russia's gas supplies to Europe.

The GECF’s Doha Declaration at the summit today did not mention the looming gas crisis in Europe. Forum members declared the “pivotal role of natural gas in satisfying world energy needs,” according to the statement. Russia’s gas minister said at the summit that the country is committed to providing gas to its customers.