Although capital outflows are no surprise, devaluation looks imminent to mitigate pressure on the pound. 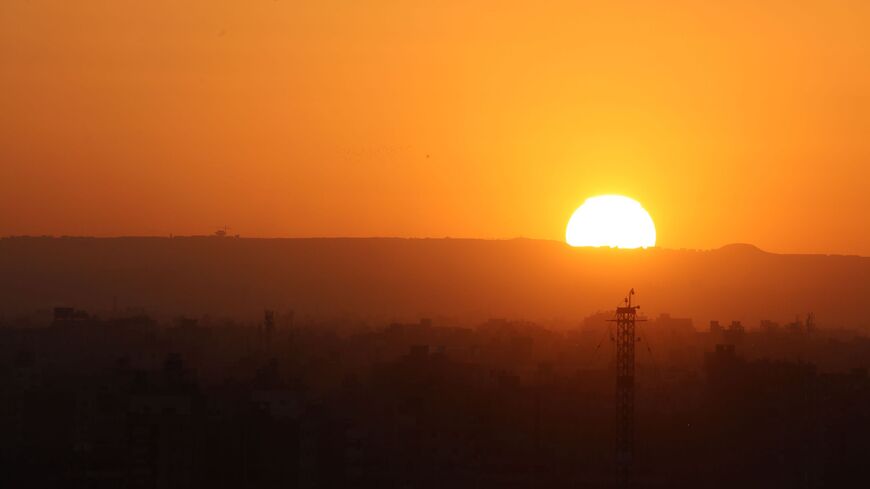 A picture taken on Jan. 28, 2019, shows the sun setting over the Egyptian capital Cairo. - LUDOVIC MARIN/AFP via Getty Images

Against the backdrop of the Russia-Ukraine conflict, outflows of "hot money" — funds controlled by investors seeking short-term returns, often moving money between countries to profit from varying interest rates — have triggered massive demand for the greenback in Egypt, making another devaluation of the pound a necessity.

Although outflows of hot money should come as no surprise as fund managers opt for safe havens in times of crisis, there are concerns about an exodus from emerging markets, including Egypt, which may face a number of financial and economic challenges in the short and medium terms.

“This is natural, given the growing tensions between Russia and Ukraine. Investors withdraw from emerging markets and shift their money elsewhere,” Hanan Ramses, an analyst at Cairo-based El-Horreya Brokerage, told Al-Monitor.

“Certainly, such selloffs pose risks to the foreign reserves as well as the local currency, which may be devalued by up to 15%. Although the capital outflows have been expected," she said, the Central Bank and Egyptian Exchange should take steps to mitigate its impact.

The greenback is currently worth 15.75 pounds on the local market, according to data from the Central Bank of Egypt.

Prior to the Ukrainian crisis, there were concerns about foreign selloffs of Egyptian treasuries, especially after the US Federal Reserve revealed a rate hike was possible. Finance Minister Mohamed Maait said on March 6 the exodus of foreigners from sovereign debt instruments was expected, and the Egyptian authorities say they are working to address the matter but have given no details.

Fitch Ratings reported March 7 that emerging markets face a variety of additional credit risks stemming from the Russia-Ukraine conflict, citing price pressures and diminished investor risk tolerance. The report warned, “We have said that signs of external financing strains could be a trigger for negative rating action for several emerging market sovereigns, including Egypt and Turkey.”

On March 2, a Reuters report quoted anonymous sources as saying that foreign capital outflows have totaled $3 billion since Feb. 24. Bearish foreign investors have sold 3.068 billion pounds ($196 million) worth of stocks since the beginning of 2022, according to data from the Egyptian Exchange.

The current drop could well be temporary. A S&P Global Ratings report on Sept. 5, 2021, read that nonresident holdings of local currency government bills and bonds increased to $33 billion (13% of total securities) in August 2021, from a low of $10 billion in June 2020 and above the pre-pandemic peak of nearly $28 billion in February 2020.

“We are familiar with sudden capital outflows. Something like that happened following the outbreak of the COVID-19 pandemic in March 2020,” Ramses said.

Egypt’s foreign reserves took a dip right after the pandemic broke out and the ensuing lockdown between March and June 2020. The net foreign reserves fell to as low as $36 billion in May 2020 after reaching an all-time high at $45.5 billion in January and February 2020, according to Central Bank data.

S&P Global Ratings warned in September 2021 that capital outflows might “result in a substantial decline in foreign exchange reserves,” explaining, “Capital outflows from emerging markets are likely whenever monetary policies in advanced countries start to normalize. However, we could see elevated balance-of-payment risks for Egypt if there were a sharp withdrawal of funds while current account receipts remained weak owing to pandemic-related damage to tourism and export receipts.”

Ramses explained that hot money flows are an indirect, hit-and-run type of investment, saying that they involve exposure to stock markets, forex trading and other short-term instruments.

The floating of the Egyptian pound marked a milestone in the efforts to lure foreign capital inflows. New York-based investment bank JP Morgan said March 8 that a currency devaluation would be required, citing growing pressure on the Egyptian pound.

Ramses explained, “Devaluation is one of the measures so that there wouldn’t be a parallel market. However, boosting the investment climate for foreign funds and individuals to directly pump hard currency into the capital market is necessary. Egypt has extended maturities of dollar deposits from the Gulf countries.”

On March 9, Saudi Arabia extended a $2.3 billion deposit at the CBE until October 2026. Other dollar deposits at the CBE from the Arab Gulf include $5.7 billion from United Arab Emirates and $4 billion from Kuwait.

“There should be means to lure hard currency inflows in addition to the traditional four resources: Suez Canal receipts, tourism, remittances of Egyptian expats and exports. The stock market can be a reliable channel to attract dollar inflows,” Ramses said, calling for an overhaul of the capital market to pump more liquidity into the local equities.

“Most importantly, foreign and local investors should have confidence in the stock market. We should learn from Saudi Arabia, which has benefited from an IPO of its oil giant Aramco. The company’s stock has hit an all-time high at 45 riyals [$12]. Aramco’s market cap stands at $2.4 trillion, equaling the combined GDP of 10 Arab countries,” she added.