Inflows of foreign currency debt were spent on infrastructure, health care and overhaul of shantytowns across the country. However, Egyptian banks’ net foreign liability position stands out as a risk. 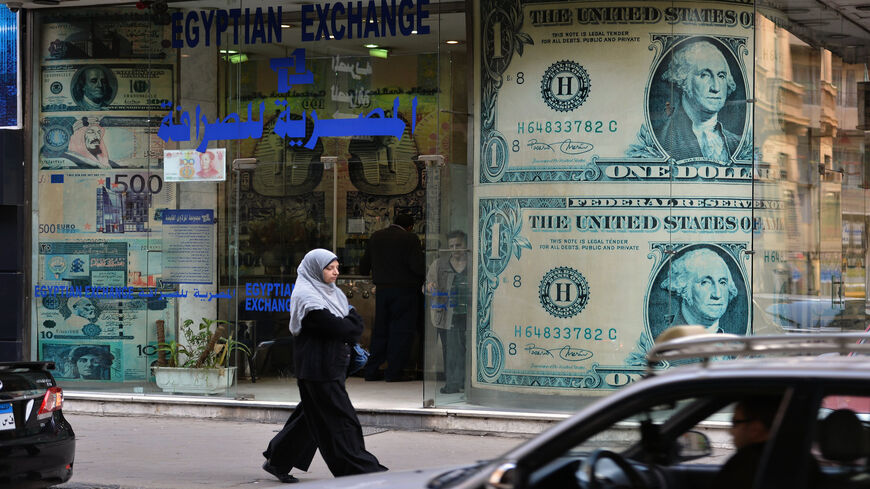 With Egypt’s external debt reaching an all-time high at $137.85 billion in June, up from $134.84 billion in March, analysts call for more focus on public investment to accelerate economic growth in the coming years.

The World Bank report titled “International Debt Statistics 2022” said the external debt stock of the two largest borrowers in the Middle East and North Africa region — Egypt and Morocco — rose by 14% and 19%, respectively, in 2020.

However, despite the unprecedented levels of foreign debt, a number of analysts weighed up Egypt’s strong potential to repay its debt, arguing that the short-term slice of external debts stands at around 9.8% of the gross debt.

Moreover, it is the effectiveness of using the foreign currency inflows that should matter, Hanan Ramses, an economic expert at Cairo-based El-Horreya Brokerage, said.

“We should see debt as a relative matter in percentages not an absolute figure. What really counts is the effectiveness of debt instruments and how lucrative their use is. Moreover, the Egyptian authorities managed to slash foreign short-term debt to 9.8% of total external,” Ramses told Al-Monitor.

“The debts have been injected in the nation’s infrastructure, health care and the overhaul of shantytowns. The objective is to improve the living standards for ordinary citizens across the country. However, the debt ratios in terms of gross domestic product [GDP], exports, foreign reserves, etc., are within saved levels,” Ramses said, noting that external debt/GDP is around 34%.

Egypt’s external debt to gross national income (GNI) was 37% in 2020, according to the World Bank's aforementioned report. While external debts in South Africa and Turkey totaled $170.7 billion and $435.8 billion, respectively, in 2020, foreign debts accounted for 58% and 61%, respectively, of GNI.

“In comparison with other emerging economies, we are doing fine,” Ramses said, pointing out that the maturity of Egypt’s external debt has shifted toward long-term instruments.

Is there an ideal recipe to rein in external debt in the long term? Ramses simply puts exports and tourism on top of priorities.

“How to increase the country’s inflows of hard currency is a top challenge. It is a must to encourage all kinds of exports and rein in imports, especially commodities that are produced in Egypt,” she said.

The economist explained how rising world natural gas prices may open the door for more opportunities for Egypt, which is a liquefied natural gas and gas exporter.

“Optimal use of economic resources will be the only way to fix the country’s financing gap in the long run,” she added.

The country’s balance of payments registered a surplus worth $1.9 billion in fiscal year 2021, which ended on June 30, compared to a deficit of $8.6 billion a year earlier, according to CBE data.

The local banks’ foreign assets dropped by around $10 billion between February and August 2021 as some of these foreign assets were used to meet foreign currency debt obligations, said Zeinab Abdalla, director of Financial Institutions at Fitch Ratings.

Furthermore, JP Morgan has revealed that Egyptian bonds will be traded on the international financial agency’s Emerging Markets Index as of Jan. 31, 2022. JP Morgan set Egypt’s weight at 1.85%.

The relisting of Egypt is deemed to boost the country’s sovereign rating as well as a foreign appetite for its Eurobonds. In 2011, JP Morgan delisted Egypt from its GBI-EM Index following the January 25 Revolution.

“Egypt’s inclusion in the JP Morgan’s Emerging Markets Index could help attract more foreign investors and foreign currency inflows. However, the Federal Reserve taper and a global rise in interest rates could trigger another wave of selloffs of Egyptian T-bills by foreign investors and renewed capital outflows,” Abdalla noted.

She concluded, “If banks’ net foreign liability position continues to widen, this could negatively impact their foreign currency liquidity and debt service capacity in foreign currency."