Erdogan steps up pro-refugee rhetoric as 20,000 Ukrainians come to Turkey

The Turkish president’s pro-refugee rhetoric aims to deliver a positive message to Western allies and slash the opposition, but activists wonder if it is sincere. 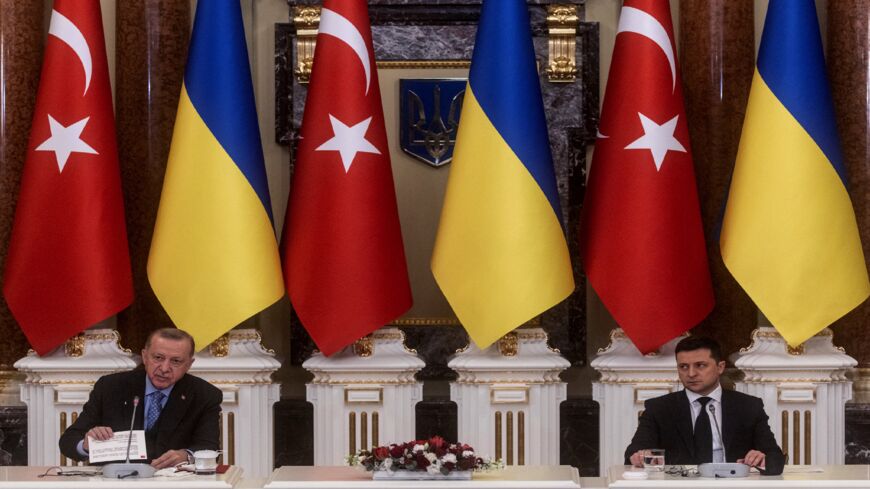 Turkish President Recep Tayyip Erdogan pledged that “unfortunate people” who have sought shelter in Turkey would not be sent to their war-torn countries, simultaneously attacking the opposition’s anti-migrant rhetoric and signaling to the Western allies that he would not “weaponize” the refugee issue.

Speaking at the International Benevolence Awards ceremony on March 15, Erdogan stressed that Turkey would continue to host people fleeing oppression in their world. “Yesterday, they came from Iraq, Syria and Afghanistan,” he said. “Today, they come from Ukraine. We do not know where they will come from tomorrow. But do not doubt that this country will remain a haven for those … who flee murderers, who put their trust in Turkey as the only place of safety.”

“This may have its costs, but it is hugely rewarding,” said the president in his speech filled with Islamic references. “Our beloved prophet was first a refugee,” he added, referring to the Hijrah when the Prophet Muhammad and his followers moved from Mecca to Medina in 622.

Erdogan’s remarks come as Turkey moves out of its political isolation and reconciles its beleaguered relations in the wake of the Ukrainian crisis. His recent pledges, made first on Tuesday and then repeated in a videoconference message to the International Migration and Health Conference Thursday, appears to be a message to Turkey’s Western allies that Ankara will not weaponize refugees but continue to host them in the medium to long term and ensure health and social benefits.

Due to Ankara’s geographic limitation of the 1951 UN Convention on the Status of Refugees, only those fleeing due to "events occurring in Europe” can be given refugee status. But despite the lack of official recognition, the local and international media refer to the Afghans, Syrians, Iraqis, and others from Asia and Africa as “refugees.” Turkey hosts one of the largest refugee communities globally, with refugees accounting for 5% of its population of around 83 million. The largest group is 4 million Syrians, 193,000 of whom have been granted Turkish citizenship.

“Erdogan is telling the EU and the other Western allies, ‘I am your man, I am the one keeping your borders safe,’” Omer Kadkoy, a migration policy analyst at the Ankara-based Economic Policy Research Foundation of Turkey, told Al-Monitor. “Of course, by doing that he is also exploiting a weakness in the opposition. The Republican People’s Party (CHP) says that it will talk with the EU countries to work together for the repatriation of the Syrians, but dialogue with Damascus is not something that Brussels is keen to do, particularly now that they have the Ukraine-Russian crisis on their plate.”

The refugee issue is a contentious point in EU-Turkey efforts to set a “positive agenda” in volatile ties. The refugee deal, signed precisely six years ago, on March 18, 2016, aimed to discourage irregular migration through the Aegean Sea through stricter measures by Turkey against human traffickers and improve Syrian refugees' conditions in Turkey. As a result, the EU allocated roughly 6 billion euros (US$6.6 billion). Still, Ankara says that this is far below what the refugees need and that the bloc failed to keep up its promises on visa liberalization for Turkish nationals who want to travel to the EU.

The EU, on the other hand, has accused Ankara of “instrumentalizing the refugee issue,” such as Erdogan’s opening up the gates for Syrians who wanted to cross into Europe in 2019 as a response to European criticisms of the Turkish offensive in northern Syria.

But the visits by the European leaders to Ankara this week, made under a softer tone, heaped praise on Ankara’s migrant policy, at least in front of the cameras. “Our ongoing collaboration on migration is also important, as is our duty to offer sanctuary to refugees,” German Chancellor Olaf Scholz told Erdogan, adding that this was a humanitarian obligation that had to be upheld. Holding “carrots” to the Turkish president, Scholz urged deepening Turkey-EU relations with more intensive high-level discussions and further developing the Customs Union and cooperation on energy policy.

“Turkey and the EU will renegotiate the 2016 deal next year, possibly before the elections in Turkey,” Kadkoy said, explaining that Erdogan might be angling for a better package because Ankara will be dealing with more refugees in the medium to long run.

For many pundits, though, the remarks, first and foremost, are a political salvo toward the main opposition CHP. “The opposition and its supporters say that they will send the refugees to their countries should they come to power,” Erdogan said.

CHP Chair Kemal Kilicdaroglu says that if he wins the elections, he will send the Syrians under temporary protection in Turkey back to Syria.

After Erdogan’s statement, the Yetkin report, an online outlet of news, analysis and Ankara insights, quoted Kilicdaroglu as saying, “We need to ask ourselves whether this is a move by Erdogan to give nationality to refugees and thus get them to vote for him so he can save his seat. If you want to give citizenship to asylum seekers, let's go to the referendum and ask the people whether they want that."

“Roughly 80,000-85,000 votes will be cast by neutralized Syrians in the coming elections,” Kadkoy told Al-Monitor. “The opposition knows full well that this is peanuts — even if it were to be all cast for AKP, which I doubt. But the growing anti-refugee rhetoric from the opposition will push these votes increasingly toward the AKP.”

Murat Yetkin, a senior journalist and political analyst, told Al-Monitor that Erdogan’s statement on refugees was politically risky given the polls on Turks’ attitudes on refugees. “It may cost Erdogan more votes than he hopes to gain.”

A poll by Turkey’s leading pollster Metropoll shows that roughly 82% of the Turkish voters want Syrians to go back. And 84.5% of the electorate, who cast their vote for Erdogan’s Justice and Development Party in the last polls, supports the return of the Syrians. CHP voters who want the Syrians' return is around 90%.

The poll was taken last August when anti-refugee sentiment in Turkey was at its peak due to the influx of Afghan refugees who fled the Taliban and because of violent brawls between Syrians and Turks.

By contrast, when the Interior Ministry announced last week that Turkey has taken in more than 20,000 Ukrainian citizens since the start of the crisis, the overall public reaction was one of welcome, with stories in the mainstream media and on social media of families who offered to host Ukrainian families or families of Ukrainians crossing Europe in a car to find safe haven in Turkey.

Thus, Erdogan finds a better atmosphere now to attack the opposition on its anti-refugee rhetoric and accuse them of “double standards” when they welcome Ukrainians but not the displaced people from the east.

For Burcak Sel Tufekci, director of Earth is Home International Solidarity Association, Erdogan’s pro-refugee message is an electoral move rather than a genuine concern for the displaced. Tufekci says that the recent practices by the government, such as the recent Dilution Plan that would not allow foreigners to reside in areas where they form more than 25% of the population, already deprived many of livelihoods, as they could not live close to where they work. “[Erdogan’s] remarks are about upcoming elections and funds that would come for refugees, but not for refugees themselves,” she told Al-Monitor.