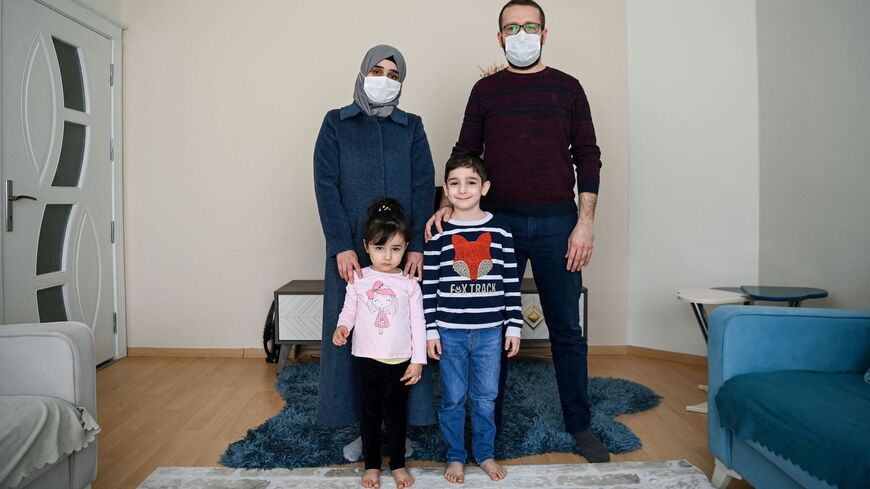 A plan by the Turkish Interior Ministry to limit the number of foreigners living in neighborhoods across Turkey has angered rights activists, who lambast the move as a sign of brewing anti-immigrant sentiment as Turkey heads to elections.

Suleyman Soylu, Turkey’s iron-fisted interior minister, told journalists last week that 16 provinces have been closed to new foreign residents, including districts in Ankara, Istanbul and Izmir. “If the number of foreigners in a neighborhood exceeds 25%, we will send them to other neighborhoods,” he said, adding that implementation had already started on a voluntary basis. Though Soylu used the generic term for “foreigner,” he was clearly referring to Syrians under temporary protection and other asylum seekers from the Middle East and Africa.

Turkey set a geographic limitation on its ratification of the 1951 UN Convention on the Status of Refugees that means that only those fleeing due to "events occurring in Europe” can be given refugee status. But despite the lack of official recognition, the local and international media refer to the Afghans, Syrians, Iraqis and others from Asia and Africa as “refugees.” Turkey hosts one of the largest refugee communities in the world, with refugees accounting for 5% of its population of around 83 million. The largest group is four million Syrians, 193,000 of whom have been granted Turkish citizenship.

Bureaucratic sources say what's known as the “Dilution Plan” aims to prevent ghettos and community violence but many immigration activists fear that it will inflame anti-immigration rhetoric as Turkey heads for elections next year. Refugee associations also worry that the plan encourages local politicians to try to charge more for water, electricity or business licenses from foreigners to force Syrians or Afghans to leave their cities.

“The plan to impose quotas on the refugees is a demonstration of the deadlock faced by the government, whose support is sliding due to the economic crises,” said Burcak Sel Tufekci, director of the Earth is Home International Solidarity Association, which supports refugees.

For Tufekci, the watershed moment passed last year. She told Al-Monitor, “Ever since the brawl between the Syrian refugees and the locals in Altindag [a working-class neighborhood in Ankara] in August 2021, many Syrians have been relocated in Ankara. We now know that this is a nationwide plan and possibly more steps to come for the refugees as elections approach.”

Tufekci’s association has an office in Altindag, a stronghold of the ruling Justice and Development Party. In August 2021, 18-year old Turk Emirhan Yalcin was stabbed in a brawl with Syrian refugees. Following the stabbing, hundreds of locals shouting insults at the refugees attacked properties owned by Syrians, particularly those on a street known as “Little Aleppo.”

“Ironically, Altindag was one of the neighborhoods where there was good harmony between the Syrians and the Turks until that point,” Tufekci told Al-Monitor. “We found it amazing that things took such a radical turn so quickly, as if an invisible hand came and reversed the situation.” Altindag thus become a pilot for quotas and relocation. More than 4,500 Syrians have either been relocated or will be shortly. In addition, 177 Syrian businesses were closed. The General Directorate of Migration Management claimed the closures were done on a “voluntary basis” and financial aid was provided for those who volunteered to leave the neighborhood and settle elsewhere.

“Many of the Syrians settled there because it is close to the industrial zones of the capital, where there are garages or furniture manufacturers,” Metin Corabatir, the president of the Ankara-based Research Center on Asylum and Migration, told Al-Monitor. “Where would they go? If they are placed too far away from their work or in another city where they cannot work it will spur a negative cycle with social impacts from juvenile delinquency to criminality.”

Tufekci agreed. “The plan, which is prepared with little consultation and regard for the principles of humanitarian law, will have grave consequences both politically and economically,” she explained. “We know that the Syrians under temporary protection already have difficulty accessing public services such as health and education. Those relocations, particularly if they are forced to areas where there are no jobs or services, will make their situation worse, pushing some toward criminality and also resentment toward the host society.”

The clashes between the Syrians and Turks in Ankara and Istanbul, coupled with more resentment caused by the arrival of Afghan refugees, have fed anti-refugee sentiments in the country, whose residents live with food prices that increase almost daily, skyrocketing fuel and gas bills, growing unemployment and worker strikes. The refugees, accused by many Turks of having an easy life on state subsidies and handouts, have become scapegoats.

“As the refugees increasingly become a card in the hands of the political parties, the migration bureaucracy makes quick and careless decisions that cater to political concerns, rather than come up with a well-thought-out solution,” said one immigration activist who asked for anonymity. “So what we see are decisions that are either in conflict with international humanitarian laws or impossible to implement for practical reasons.”

In 2019, The Istanbul governor’s office announced that 5,945 Syrian refugees not registered to reside in the city had been sent to temporary accommodation centers in other cities. “But many of them returned because that was where they worked,” said the immigration activist. “The governor’s office knew that — they just wanted to make a statement.”

Similarly, when dozens of Syrians munched bananas on TikTok to mock anti-refugee sentiment in Turkey, the anger from some politicians and ordinary Turks led the Directorate General of Migration Management to announce that Syrians who disrespect Turkey would be deported. Though several Syrians, including one journalist, were taken into custody and harassed as a show of muscle-flexing, there were no deportations.

But human rights groups have reported a wave of deportations in the first months of 2022. Asked whether there were many deportations or returns to Syria, Soylu said, "Some 480,000 Syrians returned voluntarily … to safe areas in Syria. Then it stopped because there is no place for them to go, given the situation in Syria."

According to a report by academics Sinem Adar and Friedrich Puttmann, more than 82% of Turks want Syrian refugees to be repatriated, 71% regard them as a security threat and around two-thirds are generally discon­tent with their presence. Aware of the growing impatience, the political opposition is challenging the government’s migration policy, often using anti-migrant rhetoric. Kemal Kilicdaroglu, head of the main opposition Republican People’s Party (CHP), has pledged to send Syrians back within two years if he wins in the next elections. When Tanju Ozcan, the CHP mayor of the northwestern city of Bolu, imposed discriminatory fines on refugees living in his town, Kilicdaroglu did not take action against him despite pressure from some members to expel him from the party. Further to the right of the political spectrum, the recently founded far-right Victory Party has based its policy exclusively on opposition to refugees and promises to defend Turkish identity.