Erdogan gets no meeting with Biden at NATO Ukraine summit

Despite reportedly intense diplomatic efforts, Turkey's president did not get to meet his US counterpart at today’s NATO summit in Brussels. 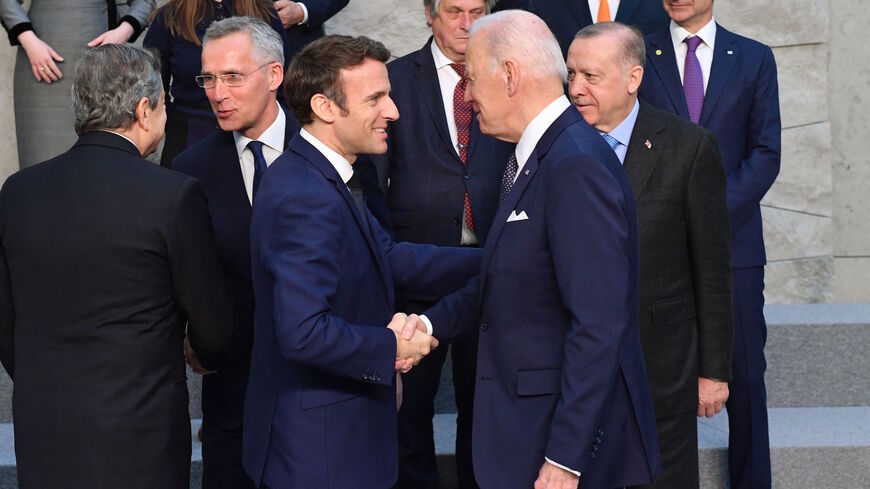 Turkish President Recep Tayyip Erdogan did not get a meeting with US President Joe Biden at today’s NATO summit in Brussels, despite Ankara’s rising stock amid the Ukraine crisis.

Biden’s packed schedule was cited as the main reason. However, Biden held bilateral talks with French President Emmanuel Macron. Turkish officials and the US Embassy in Ankara pushed hard for a meeting, if only a pull-aside on the sidelines of the summit, according to diplomatic sources speaking not for attribution.

The real reason is Turkey’s refusal to get rid of its Russian S-400 missiles, which the United States says threaten NATO security. Turkey acquired the system despite unremitting US pressure to scrap the deal. A slew of Congressional sanctions and its ejection from the F-35 joint strike fighter program have not swayed Ankara.

The Ukraine crisis was seen as a possible off ramp, with US officials reportedly floating the idea for Turkey to relocate the batteries to Ukraine. Turkey remains adamant that it will retain the S-400s, a message made clear in an op-ed penned by Erdogan’s communications director Fahrettin Altun that ran in the Wall Street Journal Wednesday. Altun called the transfer of the S-400s to Ukraine in exchange for easing of sanctions an “unrealistic idea.”

Rather, he argued the onus is on the West and “especially” the United States to normalize ties with Ankara “without preconditions.”

“The Ukraine crisis has shown that the geopolitical assessments of those who underestimated Turkey’s strategic importance, claimed that NATO was ‘brain dead’ and thought that national borders were no longer subject to discussion were misguided,” Altun said.

Turkey is currently in talks with Washington to modernize its fleet of F-16 fighter jets. Turkey is also demanding reimbursement for the $1.4 billion it paid for the more than 100 F-35s that it ordered prior to being kicked off production. However, there is stiff opposition from Congress to relax military sanctions on Ankara, with Senators Bob Menendez (D-NJ) and Jim Risch (R-ID) leading the anti-Turkey charge. Menendez told a Greek newspaper earlier this month that without “a dramatic turnaround” on the S-400, Erdogan’s recent “charm offensive” would not work.

Ankara continues to raise the sanctions issue at NATO fora and is pressing individual NATO members to lean on Washington for their removal, according to diplomatic sources briefing Al-Monitor. The issue came up during Erdogan’s meeting today with Macron. The French leader and Erdogan have sparred intermittently over Libya, the Eastern Mediterranean and West Africa, where there is growing competition between France and Turkey. However, today’s encounter went very well, the sources noted.

Speaking at the conclusion of the NATO summit, Erdogan said Turkey’s aim was to bring together Russia’s President Vladimir Putin and Ukraine’s President Volodymyr Zelenskyy.

Turkey’s handling of the Ukraine crisis won praise from Western governments. Wedged between its Black Sea neighbor and leading trade partner Russia and the NATO-led anti-Kremlin bloc, Ankara has sought to position itself as a mediator between Moscow and Kyiv.

While it has unequivocally condemned Russia for invading Ukraine, provided additional combat drones to the Ukrainian air force, blocked the Bosporus and Dardanelles Straits to all naval vessels and opened its doors to Ukrainian refugees, it has not joined sanctions against Russia and has kept its skies open to Russian planes, making it a critical alternative for Russian military and commercial flights.

Western governments have not pressed Ankara to push harder on Russia, not least because of fears that Moscow would retaliate by launching an all-out attack on the rebel-held province of Idlib in northwest Syria. Such a move would trigger a further massive influx of Syrian refugees into Turkey and potentially Europe.