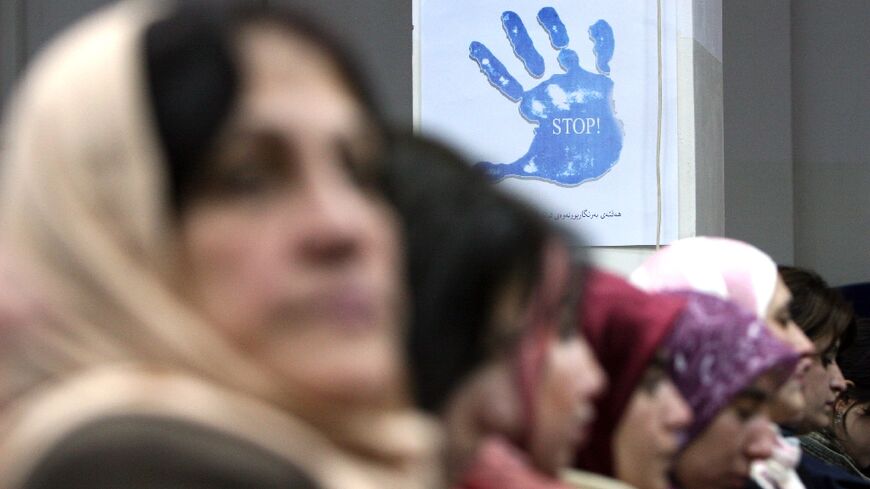 In the first two months of 2022, 11 women were killed in autonomous Iraqi Kurdistan, most of them shot, according to an official - SAFIN HAMED
by Shwan Mohammed
March 20, 2022 — Sulaimaniyah (Iraq) (AFP)

A woman burned alive by her husband, others shot dead by a father or a teenage brother -- bloody violence against women has spiked in northern Iraq's Kurdish region.

The autonomous area, keen on projecting an image of a relative haven of stability and tolerance in war-battered Iraq, has seen a sharp rise in femicide, killings motivated by gender.

"In the past two months, there has been an increase in femicide compared to the previous year," said Hiwa Karim Jwamir of the Kurdish General Directorate for Combating Violence Against Women.

In the first two months of 2022, 11 women were killed in autonomous Iraqi Kurdistan, most of them shot, said the official based in Sulaimaniyah.

Forty-five women were killed in 2021, up from 25 the previous year, said Jwamir.

On a Friday before dawn, a 15-year-old teenager was fatally wounded by six bullets fired by her father in the village of Soran. The man told police his daughter "went out with two boys late at night", according to a domestic violence unit which also records so-called "honour killings".

Across Iraq, gender-based violence rose 125 percent to over 22,000 cases between 2020 and 2021, says the UN children's agency UNICEF, which has also pointed to "a worrisome increase in depression and suicide among women and girls".

Last December, a 16-year-old girl was disfigured with acid in Baghdad by an adult who wanted to marry her but had been rejected.

For years, activists have denounced violence against women and forced marriages in Iraq, which remains a conservative and patriarchal society.

"Cases of violence against women are on the rise," said long-time Kurdistan activist Bahar Munzir, director of local group the People's Development Organisation.

"Most of the women who are killed are victims of a family member."

A few days before International Women's Day on March 8, the body of a 20-year-old woman was found on the side of the road in Arbil, the capital of Kurdistan.

Maria Sami, the victim, was known on social networks for her feminist speeches. 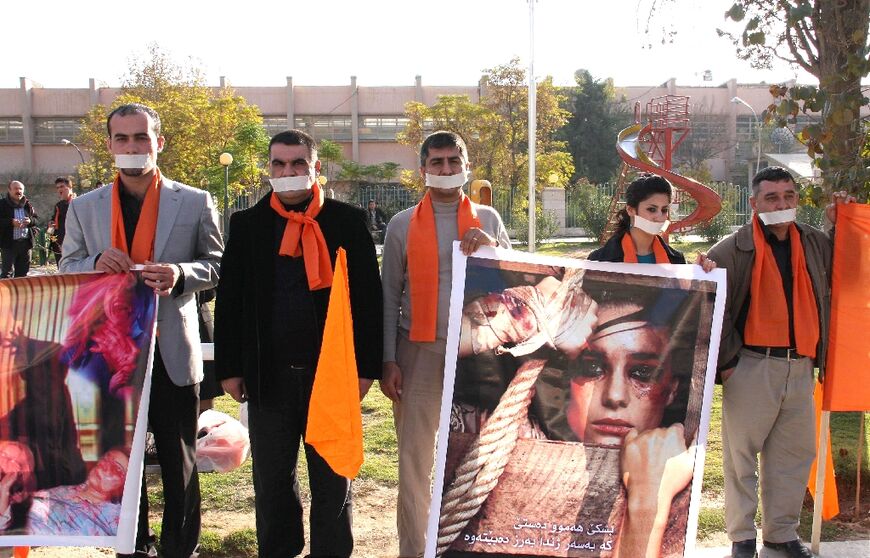 The following day, on March 9, Kirkuk police announced the arrest of the killer, her 18-year-old brother.

While he was still on the run, he spoke by phone to a Kurdish television channel and tried to justify the killing by charging his sister had failed to obey the family.

"Her husband had come home one evening in a state of intoxication," Shinyar's father, Huner Rafiq, told AFP.

"He doused her body in gasoline and set it on fire."

After the father reported the killing, police arrested the husband.

"Before dying, Shinyar told us the facts," said the bereaved father. "We recorded it, and we submitted the video to the investigators."

Kurdistan's prime minister Masrour Barzani denounced the "horrific case", saying he was "deeply troubled" by the spate of violent attacks against women.

The government must impose "the heaviest possible penalty on perpetrators", he said in a statement.

"There is no honour in honour killings.

"I'm determined to protect every woman, girl and child from abuse ... This scourge must end."

In early February, Dohuk police said they had found the corpse of Doski Azad, a 23-year-old transgender woman who had been ostracised by family members.

An arrest warrant was issued to find the suspected murderer: the victim's brother, who had in recent years been living in Europe.

He had called his family to inform them of his crime and of where the body was, according to police.

The murder was condemned by the UN mission in Iraq, and the consulates of Western countries in Arbil. 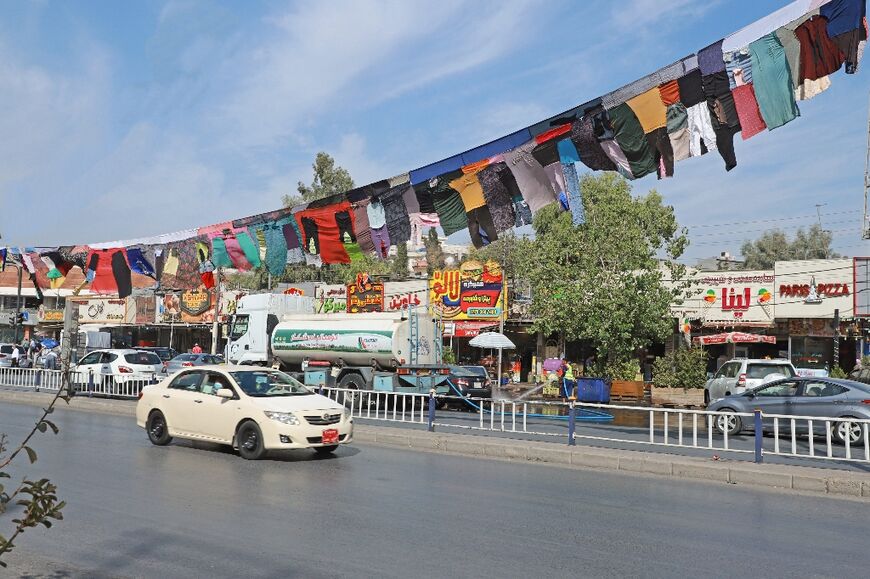 The news provoked a torrent of hatred online -- against the victim, even though some voices defended minorities' rights.

The law, which threatens life in prison for "honour" crimes, was hailed by non-governmental groups as a major step forward.

But the law's enforcement is hampered by a climate of impunity and a common fear of speaking out.

"When a woman is killed, the procedures of the security services are not the same as when it's a man, the trial is not the same," said Munzir, the activist.

"Some cases don't even make it to court. They are subject to tribal resolution between the man's family and that of his wife, the victim."