The global financial institution has already provided the PA with funding amid concerns about testing capacity in the West Bank and Gaza. 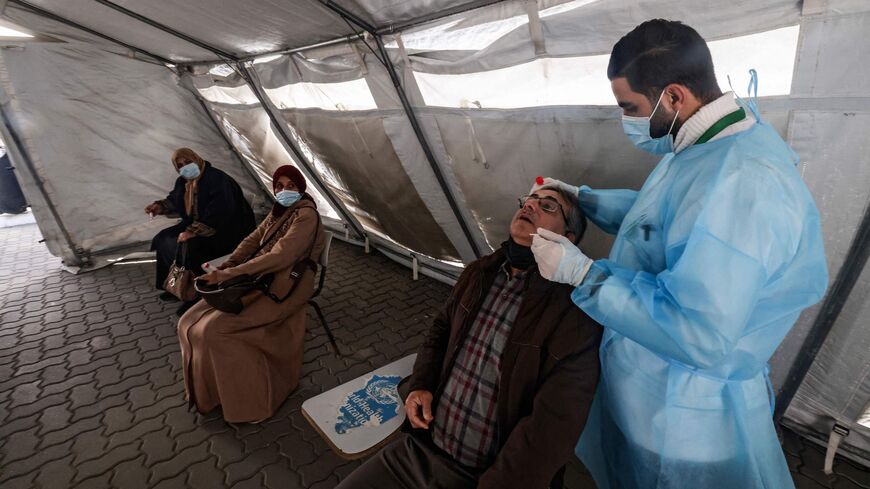 The World Bank has set aside a new grant of more than $3 million for the Palestinian Authority to fight COVID-19.

The bank’s West Bank and Gaza director Kanthan Shankar said in a press release, “Due to low capacity of testing in the Palestinian territories, the number of COVID-19 cases are underestimated. Still, the numbers of new infections reported daily continue to reach new highs.”

The DC-based global financial institution allocated a $3.75 million grant to support the PA’s response to the coronavirus. The funds will come from a trust fund administered by the World Bank that provides “rapid financing” to countries to mitigate the effects of virus on their populations.

The funds will specifically go toward medicine for treating “health emergencies” and “chronic conditions.” It will also be used to purchase medical equipment including defibrillators, stretchers, beds, mobile blood banks, ultrasound machines, generators and more, according to the World Bank statement.

The World Bank already sent $5 million to the West Bank and Gaza in April 2020 to help with the virus response. The project proved somewhat successful. The number of staff trained in Palestinian Health Ministry isolation protocols increased from 2020 to 2021, as did the number of facilities with isolation capacity, according to a World Bank data sheet. The project has yet to be independently evaluated.

The Palestinian Territories’ official COVID-19 cases are skyrocketing. The region is currently averaging around 7,900 new cases a day among its population of nearly five million. The historic high was more than 10,000 cases a day in late January. Deaths are also on the rise, with an average of 15 a day at present, according to data from Reuters.

The World Bank is not alone in its concerns about testing in the Palestinian territories. Last August, the United Nations described COVID-19 testing in the Gaza Strip as “rather low.” Earlier in 2021, Hana Salah reported for Al-Monitor from Gaza that some potentially infected Palestinians were purposefully not testing in order to avoid missing work. The World Health Organization donated testing kits with a capacity to test 73,000 possible cases last October.

Around 40% of the Palestinian population is vaccinated against COVID-19, according to the Oxford-based Our World in Data.