The Israeli prime minister said that countries should avoid the “economic price” of lockdowns by vaccinating and offering mass testing. 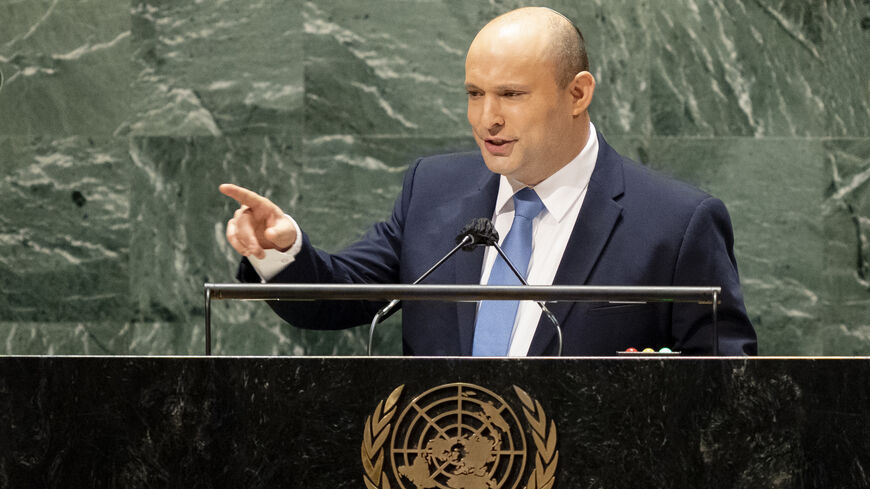 Bennett said school and work closures as well as movement restrictions are not sustainable in the long term due to the pain they cause.

“We all paid a huge price, an economic price, a physical price, an emotional price — just ask your kids — for bringing life to a standstill in 2020,” said Bennett before the UN General Assembly in New York.

Bennett instead pointed to Israel’s use of vaccine booster shots against COVID-19 and distribution of self-testing kits to families as successful ways of mitigating the virus.

“We had a choice to drag Israel into another set of lockdowns, further harm our society and economy, or double down on vaccines,” he said. “We chose the latter.”

Israel began offering third booster shots of the COVID-19 vaccine to people in August. The move followed an increase in daily coronavirus cases and related deaths beginning in July. A booster shot refers to a vaccine dose that is administered several months after the initial vaccine as a way of strengthening the vaccine’s waning protection against the virus.

Also in August, Israel distributed self-testing kits to families that allow people to test themselves for the virus.

Cases and deaths started dropping again this month, according to data from Reuters.

Israel has one of the highest vaccination rates in the world, with nearly 64% of the population being fully vaccinated against COVID-19, according to the Oxford-based Our World in Data. This figure does not include the booster shots.

Bennett is not alone in his thinking. Last year, the World Health Organization (WHO) said “lockdowns are not sustainable solutions because of their significant economic, social & broader health impacts.”

On the other hand, the WHO remarked in August that evidence on the need for a booster shot was inconclusive and offering the shots would deplete vaccine supplies for countries where most people have not even received one shot.

Israel’s pandemic-related research has had influence internationally. The United States began offering booster shots to some citizens after Israel did so. Earlier this month, an Israeli study concluded that immunity via recovery from COVID-19 offers better protection than vaccines. The findings have been widely cited by critics of vaccine mandates in the United States.