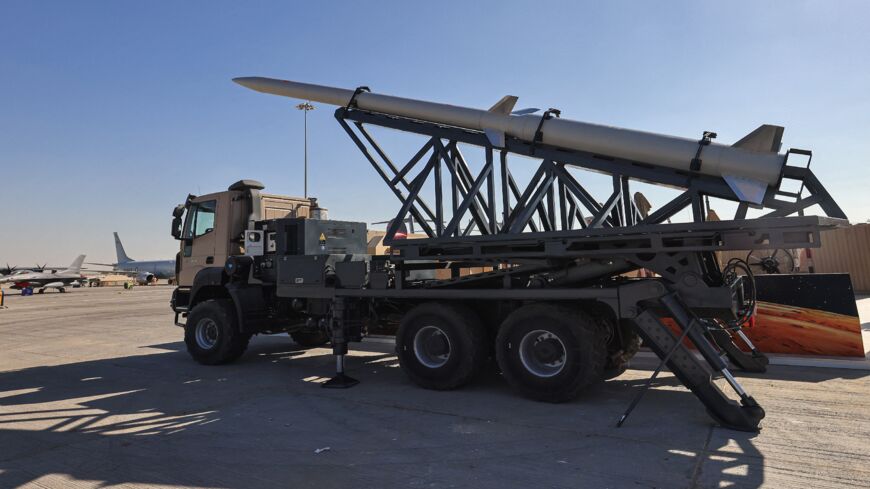 This picture taken on Nov. 14, 2021, shows a view of a missile on display at the booth of EDGE advanced technology group for defense, at the 2021 Dubai Airshow in the Gulf emirate. - GIUSEPPE CACACE/AFP via Getty Images

The Biden administration notified Congress on Thursday of a planned sale of $4.21 billion worth of 12 F-16 C/D fighter jets to Jordan, as well as command-and-control systems and HAWK surface-to-air missiles to upgrade air defenses in Saudi Arabia and the United Arab Emirates, respectively.

The sales come as the UAE has come under unprecedented attacks by ballistic missiles and drones claimed by Yemen’s Houthi rebels. Though most of the attacks missed their targets or were shot down, one strike last month killed three people in Abu Dhabi.

Washington is proposing an extension to an earlier $30 million sale of spare parts to repair and maintain Abu Dhabi’s Homing All the Way Killer (HAWK), Patriot and Terminal High Altitude Air Defense (THAAD) missile defense systems, the State Department announced yesterday. The total cost of the upgraded sale would be $65 million.

“This proposed sale will support the foreign policy and national security of the United States by helping to improve the security of an important regional partner. The UAE is a vital US partner for political stability and economic progress in the Middle East,” the State Department said in a press release.

The THAAD system is designed to shoot down ballistic missiles in the final stages of flight, while the MIDS-LVT is a communication component for computer systems that integrate data across military platforms.

Riyadh already has MIDS-LVT terminals on its Patriot missile defense systems, the administration said in a statement.

The Pentagon approved the deployment of a Navy guided missile destroyer, the USS Cole, and fifth-generation fighter aircraft to the UAE following the Houthi attacks.

US military officials have not publicly specified what role the American pilots will take in assisting Abu Dhabi.

Lawmakers in Congress have rallied in recent years to try to block arms to the two Gulf countries due to their conduct in Yemen's civil war and the murder of journalist Jamaal Khashoggi by Saudi assassins linked to the government.

However, the latest attempt by some lawmakers to block air-to-air missiles for Saudi Arabia, which the administration described as necessary to help Riyadh knock down Houthi missiles, failed to gain sufficient support in the Senate.