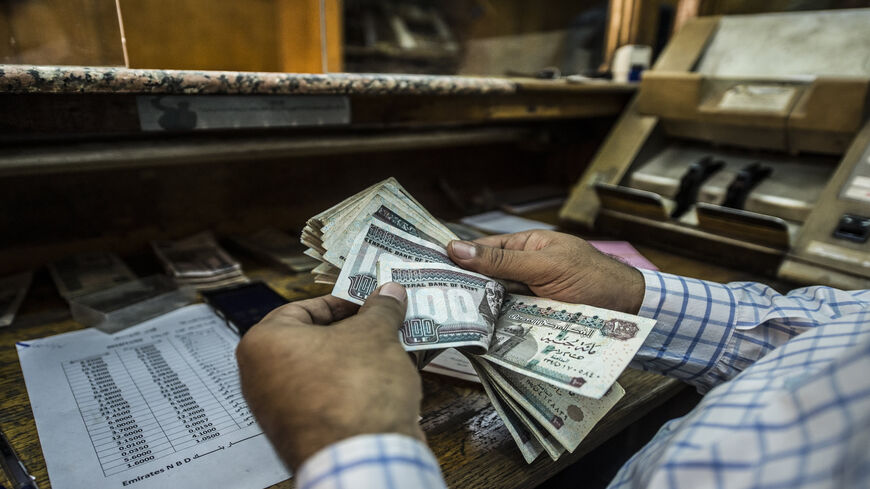 UK-based bank Standard Chartered has been given a nod from the Central Bank of Egypt to launch a branch in the North African country. This is the first European-based bank to announce plans to set foot in Egypt after a number of European, Canadian and US-based lenders have exited the local market since 2012.

Economists say the Egyptian authorities are betting on a prosperous banking sector, despite the coronavirus pandemic, to lure foreign investors and boost sophisticated financial solutions on the local market.

Standard Chartered has said on its website that it is currently proceeding in accordance with central bank’s requirements in order to obtain the final approval for the branch’s establishment.

Central Bank of Egypt Deputy Gov. Gamal Negm said Jan. 25 that Standard Chartered would comply with licensing regulations for branches of foreign banks in Egypt, noting that the lender’s capital would not be less than $150 million.

Negm said the London-based lender would launch its first branch in Cairo in September, and another one in Alexandria in 2023.

“This is a win-win situation, where the British bank would invest in Egypt and make profits. For Egypt, it means more inflows of foreign direct investment. Of course, the lender will make higher earnings,” Rashad Abdo, head of the Egyptian Forum for Economic and Strategic Studies, told Al-Monitor.

Abdo explained how a growing bankable population in Egypt has become an attractive factor, citing that the local market has been growing due to financial and momentary reforms since the Egyptian pound flotation in 2016.

In 2019, the central bank rolled out plans to license foreign banks in Egypt in a bid to raise competitiveness and upgrade the local banking services.

Meanwhile, Egypt’s banking sector has attracted Gulf lenders like QNB and Emirates NBD to acquire European affiliates, which prospered in the North African country for decades. A number of acquisition deals have been made since 2012 in Egypt. QNB and Emirates NBD acquired NSGB and BNP Paribas in 2012 and 2014, respectively.

“The European banks that exited Egypt had internal problems following the 2007-2008 financial crisis. Selling off their units did not mean there were problems on the Egyptian market. They only wanted to reshuffle their business portfolios in a bid to deal with the global crisis back then,” Abdo said.

He noted, “Foreign banks make huge profits from the Egyptian market. For example, QNB Alahli, which acquired NSGB, posted 7.6 billion Egyptian pounds [$483 million] in 2021. With the repercussions of the pandemic, banks want to churn out more profits from promising markets like Egypt. That explains why Gulf lenders have been expanding here."

“Egypt’s accelerating growth rates, despite the negative impacts of the global coronavirus pandemic, are attracting foreign investors. The economy is forecast to grow by 5.7% of gross domestic product in 2022. That means good opportunities for business,” Yomn el-Hamaky, professor of economics at Cairo-based Ain Shams University, told Al-Monitor.

She said a new player on the banking scene would lift investment rates in general and increase international trade.

“Moreover, it will boost financial inclusion and attract bankable population to have bank accounts. There is also another key objective that is financial technology. It will contribute to the boosting of online banking solutions. To this end, the state should provide more incentives to localize digitization in the banking sector,” Hamaky said, citing the Supreme Council for Payments, which was launched in 2017 to bolster cashless and e-payment solutions.

He has made it clear that the local banking sector has been prosperous despite the repercussions of the pandemic, which has fettered growth worldwide since March 2020.

“Egypt’s banking sector is one of the biggest in the emerging markets. The presence of a European lender like Standard Chartered simply means more foreign direct investment inflows into Egypt,” Amin told Al-Monitor.

The aggregate financial position of banks increased by 10.2% in the July-October period to 8.75 trillion pounds ($556 billion), central bank data showed. The loan portfolio of local banks rose to 2.99 trillion pounds ($190 billion) in October 2021.

“Certainly, like any profit-driven business, the British lender is seeking more earnings. It has an opportunity to make gains by providing the Egyptian market with state-of-the-art banking services,” Amin said.

He concluded, “I think Standard Chartered will bolster digitization in this country. It will also fuel competition among the local lenders. This will be positive for the market as a whole."