A top Iraqi court has ruled that the 2007 oil and gas law affecting the Kurdistan Regional Government is unconstitutional in a heavy blow to the KRG and its energy deals with Turkey. 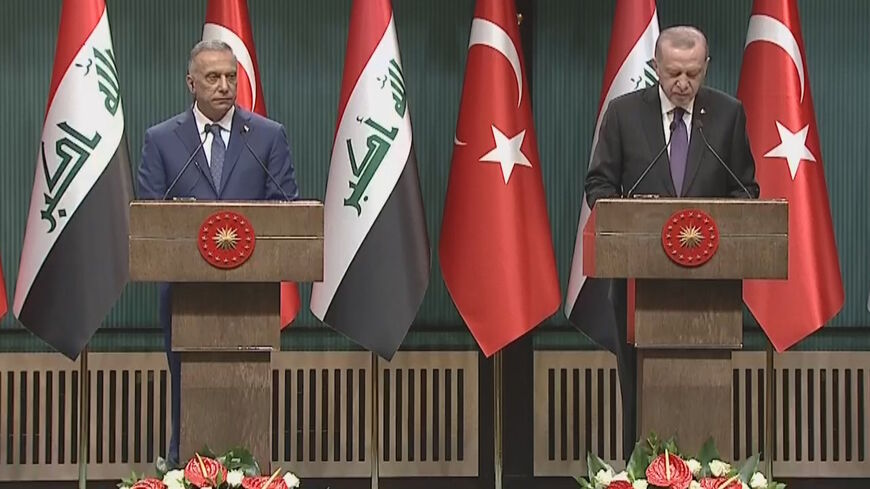 A Feb. 15 ruling by Iraq’s Federal Supreme Court that deemed the 2007 oil and gas law governing the country’s Kurdistan region to be unconstitutional is a huge blow to the Kurdistan Regional Government, with direct ramifications for its critical energy deals with Turkey, sources say.

The KRG used the law to develop its own oil and gas sector independently of Baghdad, part of a concerted effort to wean itself off the central government as it pursued outright independence, signing multi-billion-dollar deals with international oil companies. The KRG’s official justification is that Baghdad has and continues to fail to give the Kurdistan Region its fair share of the national budget and oil revenues.

The ruling comes amid continued political infighting between a plethora of Shiite and Sunni factions that has prevented the formation of a national government since elections were held in October 2021. The two leading Iraqi Kurdish groups, the more powerful Kurdistan Democratic Party and the Patriotic Union of Kurdistan, are also bogged down in squabbles over which of their respective nominees should be Iraq’s next president.

The court’s decision is seen as linked to the intrigues swirling in Baghdad, and according to well-informed sources, caught Iraq’s Prime Minister Mustafa al-Khadimi, who has very good relations with the Iraqi Kurds, off guard.

The 2014 launch of KRG crude exports via a purpose-built pipeline running to loading terminals on Turkey’s Mediterranean port of Ceyhan was a game changer. It gave Ankara unprecedented leverage over the semi-independent Kurdish zone, which it’s used — critics would say grossly abused — to prosecute its 38-year-long war against the Kurdistan Workers Party (PKK) within Iraq’s borders.

Baghdad was infuriated by the move and lodged an arbitration case against Turkey with the International Chamber of Commerce that is now in its eighth year. Turkey stands to potentially fork out $24 billion in compensation to the government of Iraq.

Much of KRG crude is bought by Israel on the spot market with the proceeds pocketed by Erbil and a cut given to Ankara under an agreement that has been criticized for its opacity.

The Federal Supreme Court’s ruling will undercut Ankara’s line of defense. Turkey argued that Iraq was obliged to determine how oil and gas revenues would be managed in keeping with the constitution. The court’s ruling destroys this argument, saying that the 2007 law violates various provisions of the constitution and declaring the KRG’s contracts with foreign countries and companies for exploration, extraction, export and sales to be therefore null and void.

A final judgement has been held up by numerous wrinkles, including the deaths of two arbitrators, most recently a Turkish-appointed one in 2021 as well as the effects of the COVID-19 pandemic.

This has given Turkey, currently submerged in one of its worst economic downturns in decades, some wiggle room. Diplomatic horse trading has also helped. Khadimi reportedly discussed asking the International Chamber of Commerce to delay a ruling with Turkish leaders when he traveled to Ankara in December 2020 to meet with Turkish President Recep Tayyip Erdogan. But the Iraqi government made no such formal request.

A further hearing has been set for July.

Turkey has yet to formally comment on the decision. The KRG has rejected the ruling, calling it not only “unconstitutional” but “unjust.”

Ankara can ask for a delay because of the ruling, but ICC arbitrators could yet side with Iraq, opening the door to further horse trading between Ankara and Baghdad, with potential risks for Erbil.

“This is a legal issue with huge political implications and this court ruling has turned it even more political,” noted Bilal Wahab, a Wagner fellow at the Washington Institute for Near East Policy. “The Iraqi government has a very, very strong case in the court of arbitration in Paris,” Wahab told Al-Monitor.

Turkey wants a delay because it doesn’t want the embarrassment of being held in breach, which in turn would hurt its credibility in international markets as it struggles to keep its finances afloat.

“Iraq hasn’t been pushing for a resolution very hard because Iraq also knows that even if there is a ruling, it has no means of forcing Turkey to pay up,” Wahab said. Iraq’s strategy has thus been to use a winning legal case as political leverage so that it can nudge Turkey into shelving its private deal with the Iraqi Kurds.

The situation poses something of a dilemma for Ankara. Its special relationship with Iraq’s Kurds has given the Turkish military a free hand to pursue PKK targets across the Kurdistan region. The war has escalated since last year, with Turkey deploying precision drones to target senior and mid-level PKK members, particularly in the Yazidi-dominated Sinjar region on the Syrian border. At the same time, the relationship gives Ankara domestic cover for the brutal suppression of its own Kurdish political movement by juxtaposing “the Kurdish terrorists” with the “good Kurds” in Erbil.

However, there have been signs of a shift since 2017, which is when the Iraqi Kurds held a referendum on full independence despite calls from Baghdad, Washington, Tehran and Ankara alike to scotch the exercise. Arzu Yilmaz, a visiting professor at Hamburg University who closely follows Kurdish issues, believes that Ankara has since recalibrated its Iraq policy to prioritize relations with Baghdad over those with Erbil and to emphasize the territorial integrity of Iraq.

Yilmaz told Al-Monitor that the change chimes with Ankara’s broader region-wide reset that has seen it mend fences with the United Arab Emirates and Israel and seeking to end rifts with Egypt and Saudi Arabia as well.

The chronic dysfunction in Baghdad, she added, remains the Kurds’ best insurance against any change in the status quo.