Iran says US should not 'stretch out' nuclear talks

Iranian officials said most of the nuclear agreement is ready and the United States needs to make a political decision. 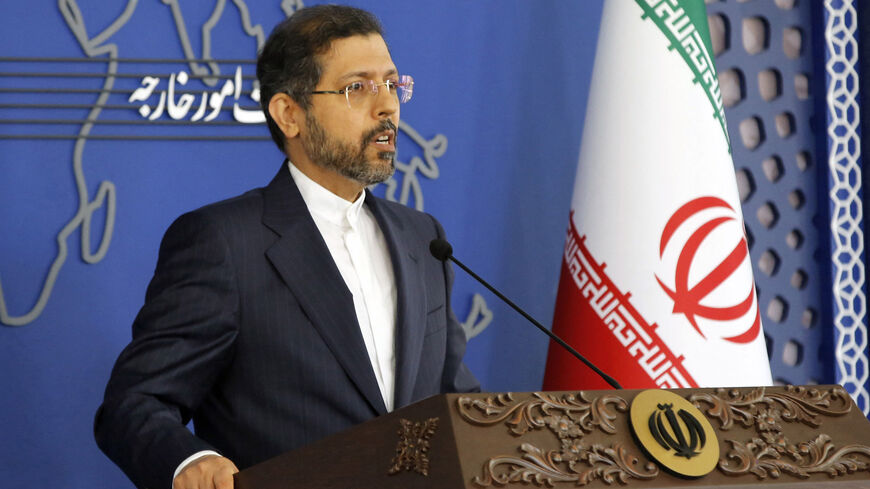 Iran's Foreign Ministry spokesman Saeed Khatibzadeh speaks to the media during a press conference in Tehran on Nov. 15, 2021. - AFP via Getty Images

Iran’s Foreign Ministry spokesman Saeed Khatibzadeh spoke to reporters about the latest updates on the nuclear talks in Vienna between Iran and the world powers to revive the 2015 Joint Comprehensive Plan of Action (JCPOA).

Khatibzadeh said that “the draft of the agreement had been ready and it was necessary to carefully review it.” He added, “Unfortunately on three or a few primary issues, the Western side and the US have not made a political decision.” One of Iran’s main talking points has been that they are ready to sign the deal and technical issues have been mostly resolved, but the United States needs to make “a political decision” to re-enter the deal.

Despite the claims that primary issues remain, he claimed the draft was “98% written" and the remaining issues were related to the removal of sanctions, guarantees — presumably about another US withdrawal — and “political claims about Iran’s peaceful nuclear program.” Khatibzadeh said the text of the agreement continues to be the JCPOA, and the talks are between the original countries minus the United States in order to guarantee that the United States returns. The Trump administration exited the deal in 2018.

Khatibzadeh said the opposing sides, meaning the United States and the three European countries that are part of the talks — the United Kingdom, France and Germany — “have no doubts about our red lines and we hope they do not stretch this out any longer.”

Abufazl Amouie, a member of Iran’s Foreign Policy and National Security Commission, also spoke to Iranian media about the nuclear talks. He said the United States continues to resist removing all of the sanctions put in place under the Trump presidency under the “maximum pressure” doctrine. Not all of those sanctions were nuclear-related, however, and the United States has been resistant to budge on this issue. Amouie said Iran’s position is that everything associated with “maximum pressure” must be removed.