Rights groups are warning about a health crisis that will affect more than 4 million Syrians as medical aid declines in the northwest. 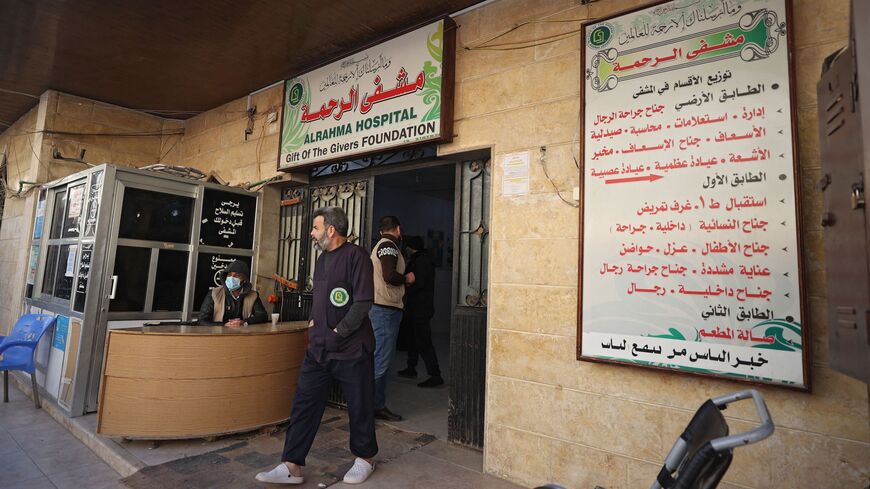 Syrian are pictured outside al-Rahma Hospital in the Syrian town of Darkush, Idlib province, on Jan. 16, 2022. - OMAR HAJ KADOUR/AFP via Getty Images

The continued decline of financial and logistical support for a number of hospitals in Syria’s northwestern province of Idlib has disrupted medical services as humanitarian catastrophe looms.

According to data from the Idlib Health Directorate, around 18 hospitals across vital areas in Idlib, serving thousands both in the main cities and in camps for the displaced, are now with no support.

All of these hospitals are now threatened with closure, which would affect more than 4 million Syrians. Patients in need of critical surgeries will not be able to receive them.

Response coordinators warned of the catastrophic consequences of stopping support for medical facilities, amid mounting fears of the spread of epidemics in the northern Syrian region.

According to the World Health Organization, 3.1 million people out of a total of 4.4 million people in northwest Syria need health assistance. Several hospitals in Idlib province have reduced services even as COVID-19 spreads and bombing campaigns continue in in the Idlib countryside, threatening the lives of hundreds of people in the area.