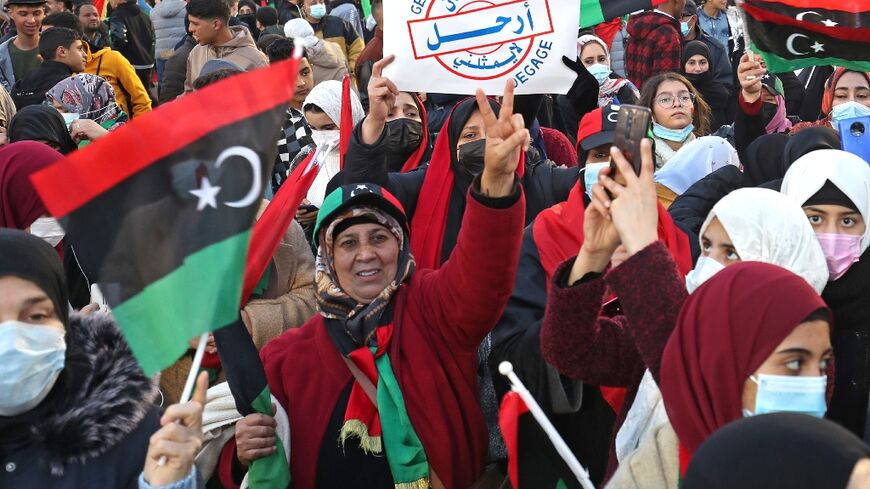 Libyans on Thursday marked 11 years since the revolt that toppled dictator Moamer Kadhafi, but the democracy many hoped for seems as elusive as ever, and many fear a return to conflict.

The anniversary comes as the country, for years plagued by divisions between east and west, finds itself with two rival prime ministers based in the capital Tripoli.

Incumbent Prime Minister Abdulhamid Dbeibah, appointed as part of a United Nations-driven peace process, has insisted he will only hand over power to an elected government.

The resulting showdown has sparked fears of another conflict -- not between east and west, but within Tripoli itself. 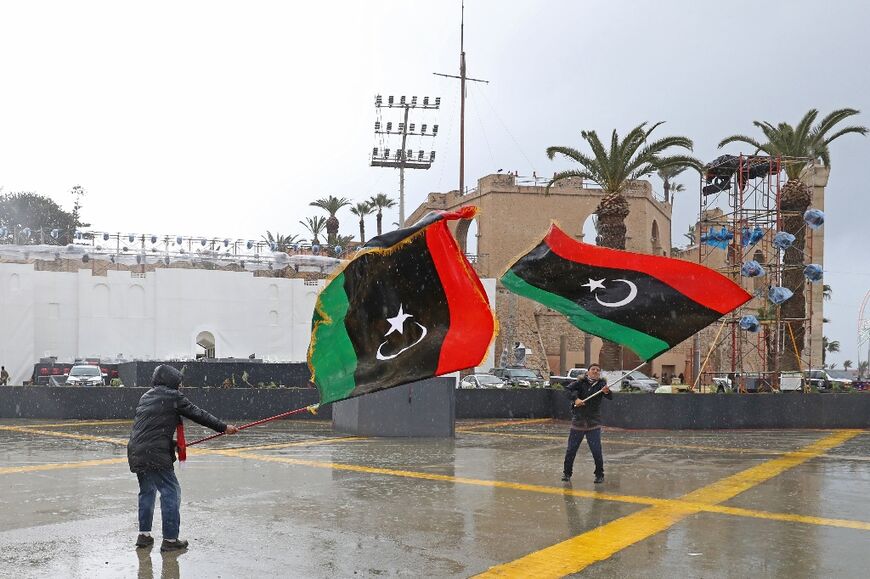 Streets in Tripoli were lined with the red, black and green flags adopted after Kadhafi's overthrow.

Concerts and fireworks are planned for Friday in the capital's Martyrs' Square, where Kadhafi once gave a famous, desperate speech before the "February 17 revolution" swept him from power.

On Thursday, Dbeibah paid tribute to those who had fought for "freedom and justice", tweeting that "on this glorious anniversary, we renew our vow to look to a more promising future, that fulfils promises of change and guarantees a better life for future generations".

In the eastern city of Benghazi, dozens of people carrying Libyan flags gathered at the spot where the first anti-Kadhafi protest had started in 2011, an AFP photographer said. 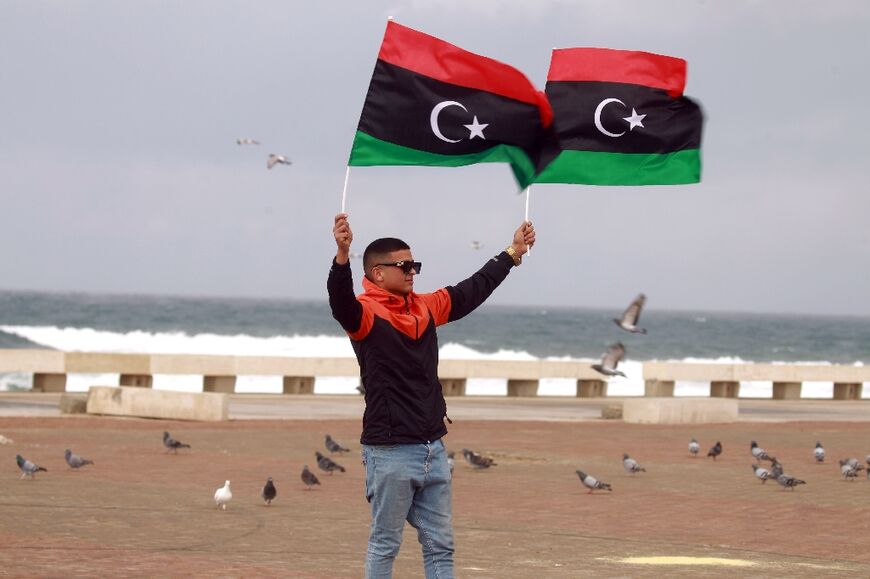 The political vacuum that followed the NATO-backed uprising sparked a bitter power struggle, fuelled by regional and tribal rivalries, as well as the involvement of outside groups.

And despite the country's vast oil wealth -- the biggest-proven reserves in Africa -- many Libyans are living in poverty.

"The situation even got worse," said Ihad Doghman, 26.

A civil servant by day and a grocer by night, he holds down two jobs, like many Libyans, as "it's the only way to get by".

Since Kadhafi's ouster, Libya has had no fewer than nine governments and two full-scale civil wars but has yet to hold a presidential vote.

Following parliament's latest move, pro-Bashagha armed groups in Misrata -- both his and Dbeibah's hometown -- converged on Tripoli in a show of force. 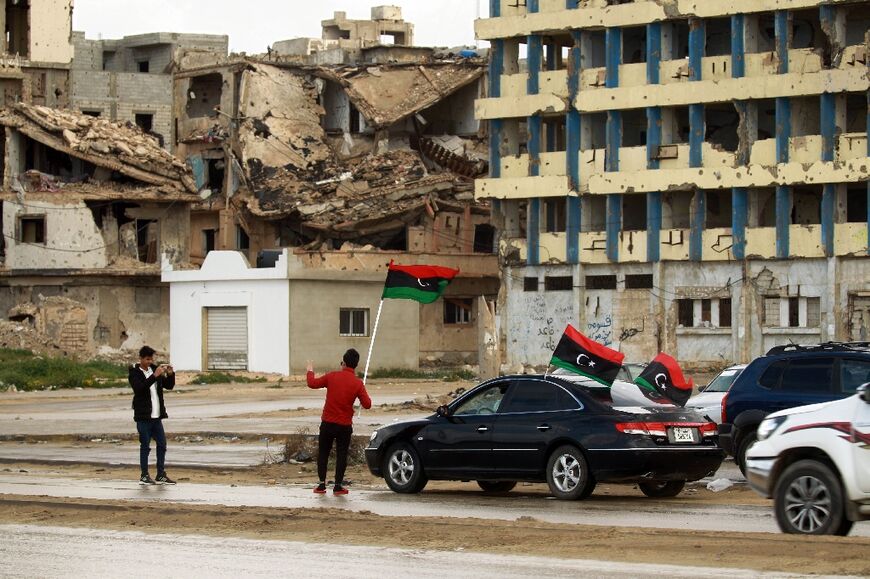 The uptick in tensions could threaten what has been a long period of relative peace, since a landmark ceasefire in October 2020 formally ended eastern military chief Khalifa Haftar's ruinous year-long bid to seize the capital.

That paved the way for UN-led peace efforts which saw Dbeibah appointed, a year ago this month, at the head of a new unity government with a mandate to steer the country to December 24 elections.

But bitter wrangling over the legal basis of the polls and the presence of divisive candidates -- including Dbeibah as well as Bashagha -- led to them being indefinitely postponed.

The country's UN mission, UNSMIL, on Thursday said it would continue efforts for "free and transparent national elections as soon as possible".

But while the UN chief Antonio Guterres has called on "all sides" to preserve calm, his Special Advisor Stephanie Williams -- who has met both Dbeibah and Bashagha in recent days and has been acting as the world body's de facto envoy to Libya -- faced accusations of bias on Thursday.

In a long Facebook post, unity government spokesman Mohamed Hamouda said Williams was "supporting the positions of certain parties who want to delay elections" and had "accepted" Bashagha's appointment.

The US embassy defended Williams in a tweet, saying it "regretted" those statements. 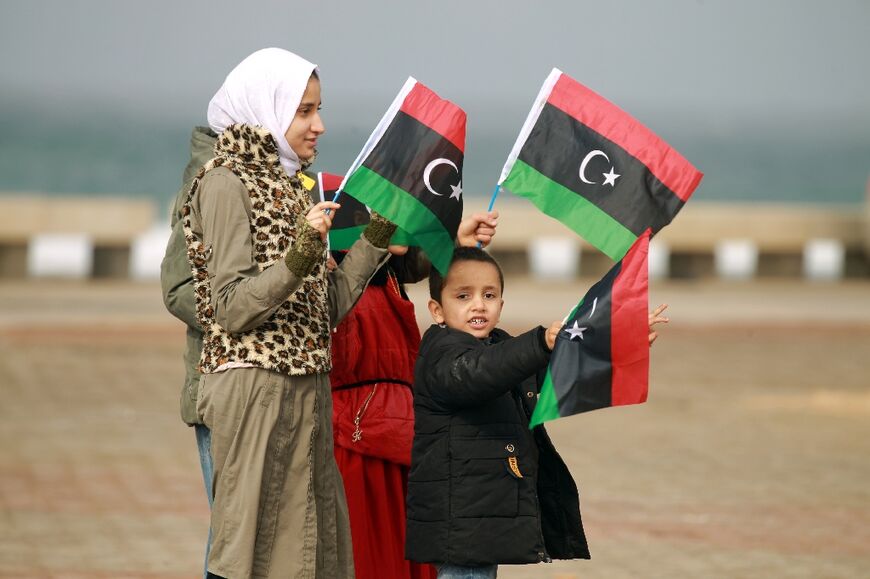 Despite the failures, Libya expert Jalel Harchaoui said the country had seen progress on many fronts.

"Libya hasn't seen a major exchange of fire since June 2020," he said.

"Among the elites, many mortal enemies two years ago are now talking to each other and in some cases making alliances. That represents the start of a reconciliation."

In December, just days before the elections were due to take place, Bashagha went to Benghazi to meet Haftar -- another controversial presidential candidate -- in what he said was a gesture of national reconciliation.

Haftar's forces have since backed Bashagha's appointment as prime minister.

Bashagha has until February 24 to form a government.

Given the country's tumultuous recent history, the next question will be whether Dbeibah will go peacefully.