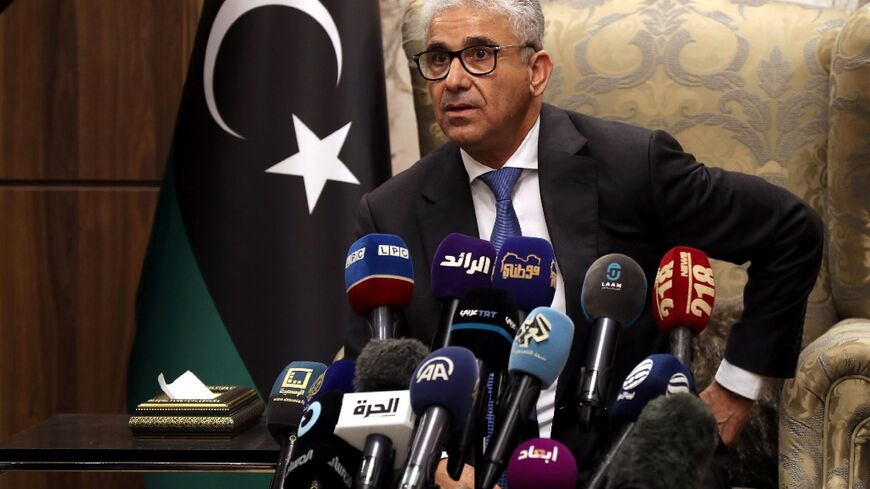 Former Libyan interior minister Fathi Bashagha was appointed prime minister last month by the war-torn country's parliament in the eastern city of Tobruk and sworn in on March 3 with his new government - Mahmud Turkia
by Rim Taher and Jihad Dorgham
March 3, 2022 — Tripoli (AFP)

Libya's parliament swore in a rival cabinet on Thursday in a bid to oust the unity government, a move that has raised fears of another major schism in the war-scarred country.

The assembly, based in Libya's east, had tasked former interior minister Fathi Bashagha last month with forming a government.

That raised the prospect of a show-down with the western, Tripoli-based administration of Abdulhamid Dbeibah, who has refused to cede power to anything but an elected government.

And in a sign of ratcheting tensions, Bashagha accused Dbeibah's government of shutting down the country's airspace and said an "armed group" had detained three ministers-in-waiting to block them from reaching Thursday's ceremony.

"I condemn the unjustified escalation by some parties who have prevented some ministers from being sworn in," Bashagha told the assembly.

Insisting that his administration "seeks peace by words and actions", he urged the group to release the ministers -- Hafed Gaddur, Saleha al-Toumi and Faraj Khalil, respectively Bashagha's nominees for the foreign affairs, culture and technical education posts.

Libya, which had plunged into violence following the 2011 revolt that toppled dictator Moamer Kadhafi, has seen a year and a half of relative peace since a landmark 2020 ceasefire ending a major battle between eastern and western factions. 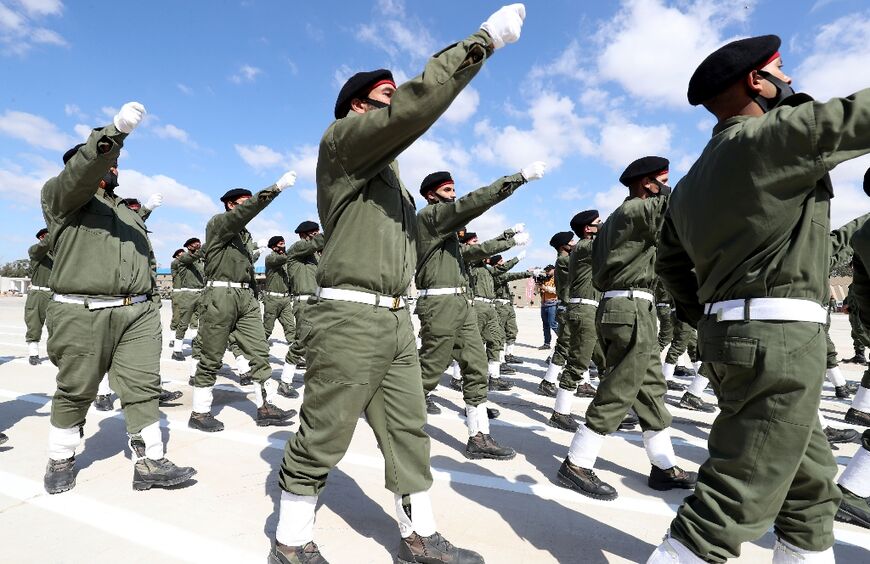 Dbeibah was appointed a year ago as part of United Nations-led peace efforts and had been given a mandate to lead the country to December 2020 elections.

But the polls were postponed indefinitely amid sharp divisions over their legal basis and the presence of contentious candidates including eastern military chief Khalifa Haftar.

Last month, the assembly appointed Bashagha -- who like Dbeibah hails from the powerful city of Misrata -- to lead a new government.

The 59-year-old former fighter pilot said in his inaugural speech on Thursday that "some sides want to drag us into war and fighting -- but we won't let them, and we won't spill a single drop of blood".

But he insisted that he would govern from Tripoli "by force of the law".

On Tuesday, the parliament had given its backing to Bashagha's proposed cabinet, in a confidence vote Dbeibah condemned as "blatantly" fraudulent, lacking quorum and with some MPs counted as voting in favour even though they were absent.

United Nations chief Antonio Guterres' office said Wednesady he was "concerned over reports that (the vote) fell short of the expected standards of transparency and procedures and included acts of intimidation prior to the session".

And hours before being sworn in on Thursday, Bashagha's choice for economy and trade minister Jamal Salem Shaaban quit, criticising the vote as lacking transparency and bypassing parliamentary procedures.

"It would be no honour to take part in a government that would bring war and destruction and take the capital into a dark tunnel," he said in a video carried by local media.

World powers had placed great hopes on elections as a way of drawing a line under a decade of violence in Libya.

The UN's top official in the country has referred to Libya's political elite as political "dinosaurs" clinging to power by preventing them from taking place.

Peter Millett, a former British ambassador to the country, told AFP in February that rather that an east-west split, the main division now "is between the Libyan people -- who want elections -- and the political elite, who don't."

Dbeibah has repeatedly said his government will hold elections in June, while under a roadmap adopted by parliament and supported by Bashagha, they would take place early next year.