Earlier this week, the Houthis seized an Emirati-flagged vessel that it claimed was a military cargo ship, but which the Saudi-led coalition said was delivering medical supplies. 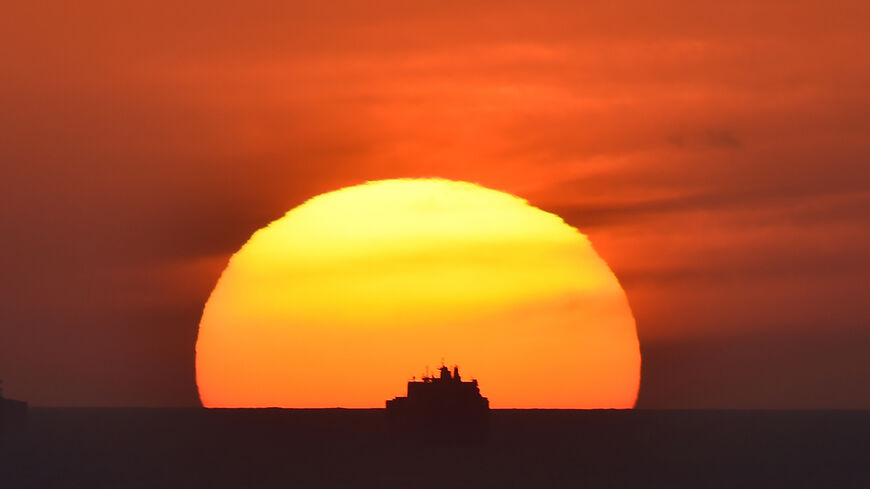 Yemen’s Houthis accused the Saudi-led military coalition on Wednesday of diverting a fuel ship bound for the rebel-held port of Hodeidah as the coalition carried out airstrikes in the Houthi-controlled capital of Sanaa.

The Yemen Petroleum Company said the coalition was now holding a total of five fuel ships, each of which received UN clearances to reach Yemen. There was no immediate comment from the coalition.

Saudi Arabia, which intervened in Yemen’s civil war in 2015 on behalf of the internationally recognized government, contends that its air, sea and land blockade on Houthi-controlled territory is needed to prevent arms from reaching the Iran-aligned rebels.

Commercial imports into Houthi-held parts of Yemen are subject to layers of inspection and verification mechanisms that are carried out by the UN, the Saudi-led coalition and the internationally recognized Yemeni government of President Abed Rabbo Mansour Hadi.

Turkish state-run Anadolu Agency cites the Houthis’ Al-Masirah TV as reporting the Splendour Sapphire fuel ship was carrying more than 24,000 tons of fuel oil, known as mazut, before the coalition rerouted the ship to a Saudi port in the southwestern province of Jazan.

The reported diversion comes days after the Houthis seized a UAE-flagged vessel off the coast of Hodeidah in the Red Sea that the coalition said was carrying medical supplies but which the Iran-backed rebels described as a military cargo ship “carrying out hostile activities” in Yemen’s waters.

The United States condemned the seizure and urged the Houthis to immediately release the ship and crew unharmed.

“These actions interfere with freedom of navigation in the Red Sea and threaten international trade and regional security,” State Department spokesperson Ned Price said in a statement Tuesday.

On Wednesday, the coalition launched airstrikes on Houthi targets in Sanaa in retaliation for the rebels' cross-border drone attacks earlier this week. According to Saudi-run TV, drone workshops and warehouses belonging to the Houthis were destroyed in the strikes.

The fighting in Yemen has created what the UN describes as the world’s worst humanitarian crisis. In November, the world body estimated the death toll from the civil war would reach 377,000 by the end of 2021, with malnutrition among young children being one of the leading causes of death.