The distribution and sale of captagon, a type of amphetamine, is a major business in the Middle East and especially lucrative in Syria, where it reportedly rivals the country’s GDP. 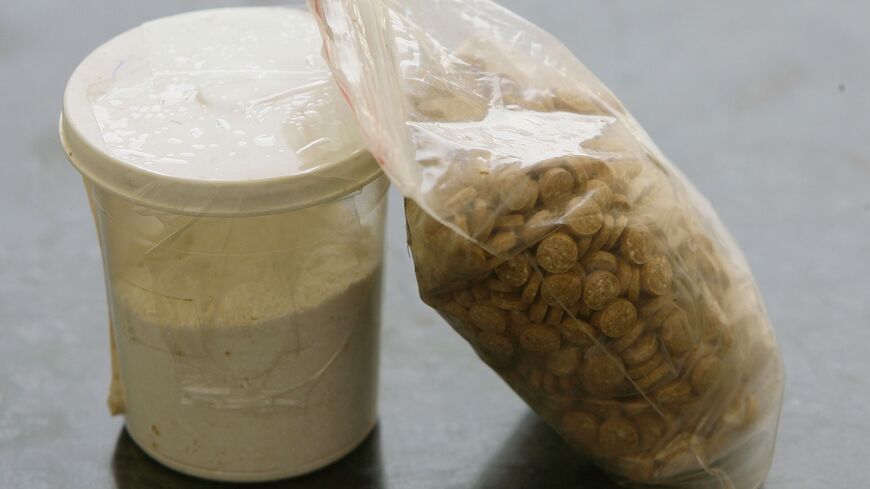 Captagon pills are displayed along with a cup of cocaine at an office of the Lebanese Internal Security Forces' Anti-Narcotics Division in Beirut on June 11, 2010. - JOSEPH EID/AFP via Getty Images

The Saudi Customs Authority in Jeddah found more than three million pills in a shipment of onions and more than five million pills hidden in barrels. Three people were arrested for allegedly smuggling the pills into Saudi Arabia, the official Saudi Press Agency reported.

Authorities across the region regularly uncover shipments of the drug. The Saudi Customs Authority also thwarted an attempt to smuggle more than 800,000 pills into the kingdom last December. The same month, Syrian authorities seized tens of thousands of Captagon pills en route to Jordan.

The sale of Captagon is a major industry, particularly in Syria. In May, The Guardian reported that the market for the drug was starting to rival the entire GDP of Syria. The New York Times estimated in December that the Captagon trade is a multi-billion-dollar operation in Syria that surpassed the country’s legal exports.