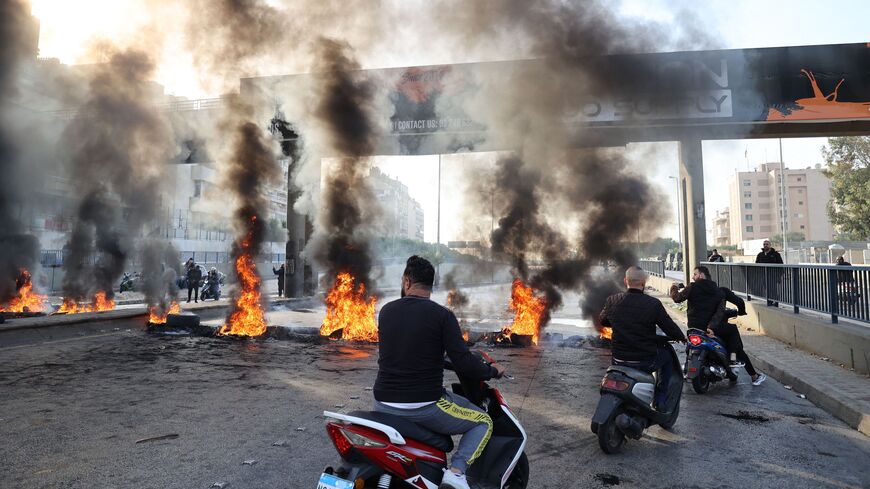 Lebanese men drive bikes past burning tires set up by protesters to block a road in the capital Beirut on Nov. 29, 2021, as the country struggles with a deep economic crisis. - ANWAR AMRO/AFP via Getty Images

Protesters throughout Lebanon blocked roads today out of anger with the country’s abysmal economic situation.

Demonstrators blocked a square and a highway in the northern city of Tripoli. They were protesting the “soaring” rate of the Lebanese pound to the US dollar and “deteriorating living conditions,” Lebanon’s official National News Agency reported.

Lebanon has been suffering from an economic crisis since 2019. The situation has led to the plummeting value of Lebanon’s currency, fuel and electricity shortages as well as skyrocketing prices.