Human Rights Watch urged Ethiopia to release the arbitrarily detained Tigrayans and called on Saudi Arabia to stop its deportations. 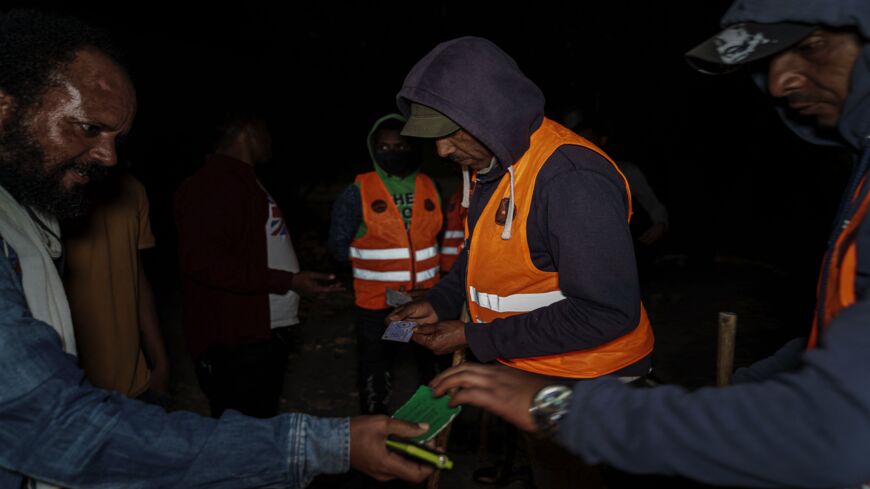 Volunteers check ID cards as they conduct night patrols in Addis Ababa, Ethiopia, on Nov. 17, 2021. Thousands of residents have been registered by city officials to patrol the streets in search of "suspicious activities" after Prime Minister Abiy Ahmed's government announced a state of emergency in early November 2021, though there are fears the emergency measures are leading to the profiling of ethnic Tigrayans. - AMANUEL SILESHI/AFP via Getty Images

Thousands of ethnic Tigrayans deported from Saudi Arabia have been detained, mistreated and forcibly disappeared in Ethiopia, Human Rights Watch said in a new report Wednesday.

The New York-based rights organization also accused Riyadh of holding the Tigrayans in “abhorrent conditions.” The report called on the kingdom to help provide international protection rather than deport the migrants to their home country, where they risk persecution.

The Ethiopian government announced in January 2021 that it would repatriate 40,000 of its nationals. Of those returned between November 2020 and June 2021, 40% were Tigrayan.

“Tigrayan migrants who have experienced horrific abuse in Saudi custody are being locked up in detention facilities upon returning to Ethiopia,” said Nadia Hardman, HRW’s refugee and migrant rights researcher.

"Saudi Arabia should offer protection to Tigrayans at risk, while Ethiopia should release all arbitrarily detained Tigrayan deportees," Hardman said.

Since the conflict between Ethiopia’s federal government and fighters from the country’s northern Tigray region erupted in November 2020, thousands of people have died and millions more have fled their homes. Rights groups have documented mass detentions and forced expulsions of ethnic Tigrayans, but Addis Ababa says those arrested have links to the Tigray People’s Liberation Front, which Ethiopia’s parliament designated as a terrorist organization last year.

HRW interviewed 23 Tigrayans, including three women, who were deported from Saudi Arabia between December 2020 and September 2021. The interviewees, who were detained in facilities across the Arab Gulf country, told researchers they were beaten and made to live in overcrowded, unsanitary conditions without adequate access to bedding, food, water and medical care.

In December 2020, HRW reported that a deportation center in the Saudi capital, Riyadh, was detaining hundreds of migrant workers in degrading conditions, most of whom were Ethiopians. In August 2020, an investigation by The Telegraph revealed that Horn of Africa migrants were being held in sunless Saudi detention centers and “forced to sleep and eat in their own feces.”

Most of those interviewed for HRW’s latest report said they were arrested and detained in Saudi Arabia due to their irregular immigration status. Saudi authorities, however, never provided them with legal justification or access to a lawyer, they said.

The report comes as US Special Envoy for the Horn of Africa Jeffrey Feltman is scheduled to meet with senior Ethiopian officials in Addis Ababa on Thursday for discussions on prospective peace talks. Reuters reported Wednesday that Feltman is expected to step down from his post later this month and will be replaced by outgoing US Ambassador to Turkey David Satterfield.