US Secretary of State Antony Blinken told reporters in Geneva on Friday that the window is closing for negotiators in Vienna to reach a deal. 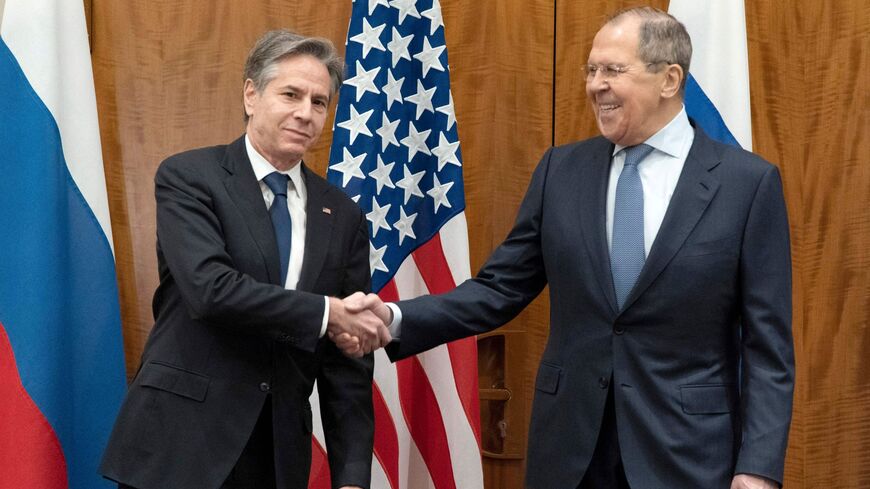 US Secretary of State Antony Blinken said Friday that Iran’s nuclear weapons program is one area where the United States and Russia can work together and that the two countries are on a “clearer path” to understanding each other’s concerns.

The top US diplomat met with his Russian counterpart, Sergey Lavrov, in Geneva on Friday for talks focused on the crisis in Ukraine. But the pair also discussed the ongoing talks in Vienna aimed at restoring a landmark nuclear agreement, known as the Joint Comprehensive Plan of Action (JCPOA).

The talks have reached a “decisive moment,” Blinken said, adding that a deal must be reached in the next few weeks or Iran’s nuclear advances will make a return to a deal meaningless.

A senior European Union official offered a similar assessment on Friday, saying that negotiators are “on the right track for a final agreement” but moving too slowly.

“It would be an incredible mistake if, because of timing, we would not get a good solution," the official said.

President Joe Biden has sought to reenter the multilateral accord if Iran rolls back its breaches. Talks aimed at salvaging the JCPOA resumed in late November after a five-month hiatus that followed the election of hard-line Iranian President Ebrahim Raisi.  In recent weeks, US officials have reported “modest progress” in the talks but have also warned there are other options should diplomacy fail.

In a press conference that followed his meeting with Lavrov, Blinken called on Russia to use its influence “to impress upon Iran that sense of urgency.”

“We didn’t expect any major breakthroughs to happen today, but I believe we are now on a clearer path in terms of understanding each other’s concerns,” he said.