The incident comes less than a week after two Israeli pilots were killed in a helicopter crash off Haifa. 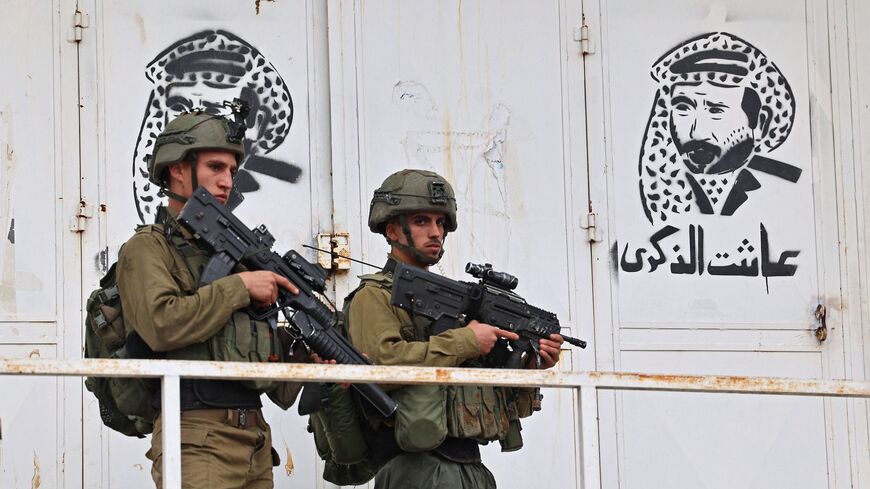 Israeli soldiers patrol the West Bank village of Burqah on Dec. 17, 2021, after reported attacks by Israeli settlers on the Palestinian village. - JAAFAR ASHTIYEH/AFP via Getty Images

Two Israel Defense Force officers were killed in a friendly fire accident near a base in the West Bank on Wednesday night, Israel’s military said.

Ofek Aharon, 28, and Itamar Elharar, 26, died after being shot by a third person they approached during a patrol outside the IDF base at Nabi Mussa on the Dead Sea around 11 p.m. Both were majors and company commanders.

The shooter was another IDF officer, the military said, who mistook his two comrades for attackers. The IDF originally said the two had attempted to arrest the other officer, but then retracted that statement.

Last year the IDF relaxed its rules of engagement in response to a series of break-ins and thefts at Israeli bases, allowing soldiers to open fire at suspected smugglers and thieves.

The incident, which is under investigation, came one day after a reported break-in and theft of military equipment at the base. But Fuchs reportedly said there was no connection between this incident and the new rules of engagement.

Last week, two Israeli helicopter pilots were killed in a crash off the coast of the port city of Haifa. A third crew member was hospitalized with injuries. The IDF said the crash was caused by a fire that broke out in one of the engines of the helicopter, an Atalef AS565 Panther.

The separate accidents follow a slight increase in IDF casualties over the past year. In 2021, 31 soldiers died, and 28 the year prior. Suicide remains the leading cause of death in the IDF.

Yesterday, the US administration urged an investigation into the death of a 80-year-old Palestinian man with US citizenship after he was detained by the IDF.