The Wall Street Journal reports that US officials will warn petrochemical companies, private firms and banks of "extreme risk" for noncompliance. 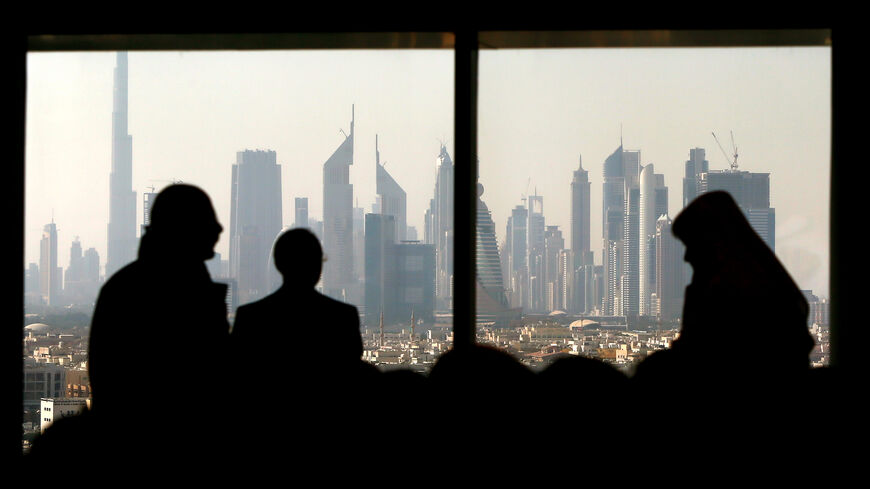 Part of Dubai skyline is seen from the Dubai Chamber of Commerce and Industry building on Nov. 20, 2012. - MARWAN NAAMANI/AFP via Getty Images

The Biden administration will send a senior delegation to the United Arab Emirates next week to ramp up economic pressure on entities doing business with Iran.

Reuters reports that US officials will warn banks that are not in compliance with American sanctions on the Islamic Republic that they could be sanctioned or penalized for their transactions. A State Department spokesperson told the news agency that the United States has evidence of sanctions noncompliance.

According to the Wall Street Journal, the high-level delegation will include the head of the US Treasury’s Office of Foreign Assets Control, Andrea Gacki. The US officials will meet with UAE-based petrochemicals companies, banks and other private firms that do billions of dollars in trade with Iran.

The newspaper quoted a senior US official who said the United States will warn that it has “visibility on transactions that are not compliant with sanctions," and "Those banks and firms face extreme risk if this continues.”

The news comes after the United Arab Emirates' national security adviser, Tahnoon Bin Zayed, traveled to Iran for meetings on Monday with Iranian President Ebrahim Raisi and other top officials. His visit follows that of Iran’s top nuclear negotiator Ali Bagheri Kani to Abu Dhabi last month. A source familiar with the visits told Al-Monitor that both trips were linked to the nuclear talks.

On Thursday, Iran and world powers continued talks in Vienna aimed at salvaging the 2015 nuclear deal, which offered Tehran sanctions relief in exchange for curbs on its nuclear program.

Negotiations resumed last week after a five-month hiatus that followed the election of Raisi in June. Western officials told reporters that Iran’s negotiating team had reneged on concessions made in previous rounds of talks and came to the table with fresh demands.

Pushing back on the criticism, Bagheri Kani told reporters on Thursday that Iran will continue to engage seriously.

“Iran underlined that it is seriously continuing the talks based on its previous position,” he said. "Iran is serious about reaching an agreement if the ground is paved” toward a deal.

Iran refuses to negotiate directly with the United States, and the two sides are instead communicating through European intermediaries. The US special envoy for Iran, Rob Malley, will travel to the Austrian capital over the weekend for the negotiations, the State Department said Wednesday.