Turkey and Armenia have announced they will both appoint special envoys to discuss normalizing their historically hostile ties. 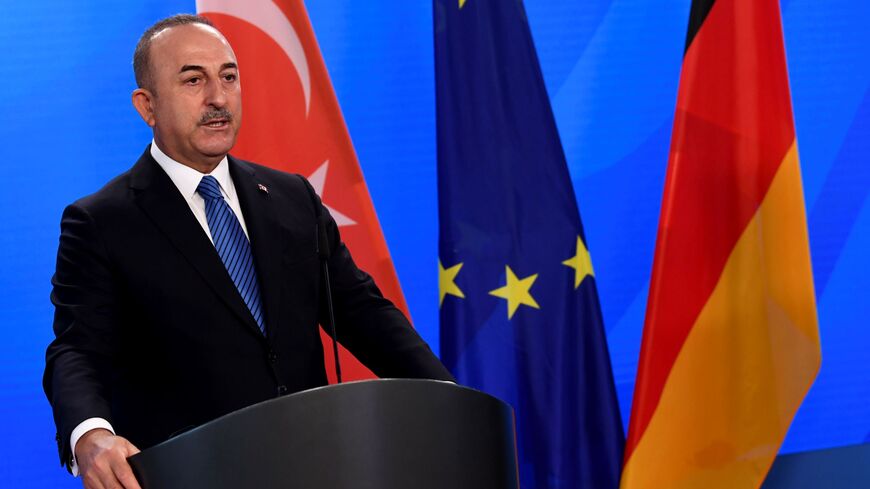 Turkish Foreign Minister Mevlut Cavusoglu gives a statement to the media following a meeting at the German foreign ministry on May 6, 2021 in Berlin. - Annegret Hilse - Pool/Getty Images

Turkey and Armenia are to mutually appoint special envoys to discuss normalizing historically hostile ties between the two neighbors.

Turkey’s foreign minister, Mevlut Cavusuglu, announced the news in the parliament on Monday. He said Turkey would also resume charter flights between Istanbul and Yerevan.

The thaw comes barely over a year after Turkey intervened militarily to clinch Azerbaijan’s victory over Armenia when the long-dormant conflict over Nagorno-Karabakh erupted anew in October.

Azerbaijan wrested back all the occupied territories in a short, sharp war that was deeply traumatizing for Armenia, which lives in the shadow of the 1915 genocide of more than a million Armenians in the Ottoman Empire. In more recent years, the borders have remained sealed since 1993, when Armenia occupied large swathes of Turkey’s close ally Azerbaijan in a bloody conflict over the disputed Nagorno-Karabakh enclave

When Turkey first started talking about peace with Armenia in February, it seemed like a ploy to win favor with the newly installed Biden administration. The US under Barack Obama had played a key role in a peace accord between Turkey and Armenia in 2009. Azerbaijani pressure, however, prompted Ankara to shelve that deal, and relations have been tense ever since.

Landlocked Armenia is eager to re-open the border with Turkey. Moscow which long worked to maintain the hold of a handful of pro-Russian oligarchs over its former Soviet vassal, appears to have changed its tune. The war allowed Russia to further expand its military presence in the southern Caucasus, deploying “peacekeepers” in Nagorno-Karabakh for the first time. With Armenia ever more dependent on Russia to fend off any further Azerbaijani encroachment, peace with Turkey poses no threat to Moscow’s hegemony. On the contrary, it allows the expansion westward of its Eurasian Economic Union and further isolates Russia’s regional bugbear, Georgia.

It remains to be seen whether diplomatic ties will be launched simultaneously with the re-opening of the borders or whether one precedes the other. Azerbaijan also appears to no longer oppose peace between Turkey and Armenia.

Russian president Vladimir Putin met with Armenian prime minister Nikol Pashinian and Azerbaijan’s president Ilham Aliyev in the Black Sea port of Sochi last month to discuss trade and transport links and new borders to better reflect the balance of forces on the ground. Aliyev and Pashinian are set to meet again in Brussels on Wednesday. Azerbaijan wants a transport corridor via Armenia that would link Azerbaijan to the Azerbaijani Nakichevan enclave bordering Turkey. The corridor would give Turkey access to Azerbaijan proper, a prospect that Armenia is unhappy about.

Despite all the dovish talk, the ceasefire lines between Armenia and Azerbaijan remain tense. Dozens have been killed from both sides since a Russian-brokered truce in November 2021 that ended the conflict.