Palestinians found it offensive for the contestants in Miss Universe 2021, which was held in Eilat, to wear the traditional Palestinian dress, and are now demanding that Israel be held accountable for what they deemed cultural "theft." 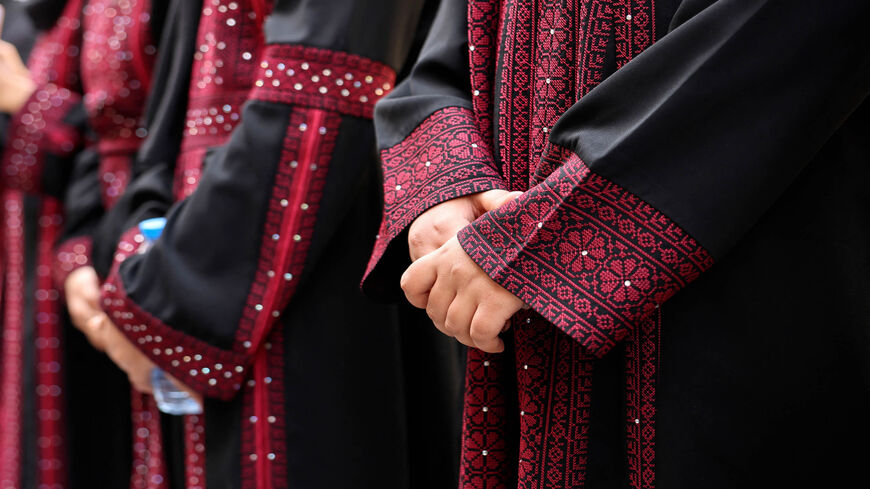 Miss Philippines Beatrice Luigi Gomez, who participated in Miss Universe 2021, which was held in the city of Eilat in southern Israel Dec. 13, tweeted pictures Dec. 4 of herself in the traditional Palestinian dress making grape leaves along with other contestants during a tour in the city of Rahat, in the northern Negev Desert in southern Israel, with the caption, “Day in the life of a Bedouin,” as a kind of promotion of the Bedouin culture that the contestant attributed to Israel.

Miss Ukraine Hanna Nepliakh also shared photos on Instagram, wearing the Palestinian dress and preparing Palestinian pastries, captioned, “Today, on the way to Eilat, we stopped at a Bedouin settlement in Israel and plunged into their culture and traditions.”

The tweet sparked anger among Palestinians on social media.

Miss India Harnaaz Sandhu won Miss Universe 2021 in which 80 contestants from all over the world participated, including Miss Morocco Kawthar Ben Halima and Miss Bahrain Manar Nadeem, whose participation sparked controversy online and was considered a form of normalization with Israel.

On Dec. 16, the art of traditional embroidery and the practices, skills and customs associated with it were inscribed among 43 new elements on UNESCO's Intangible Cultural Heritage List.

“Women’s village clothing usually consists of a long dress, trousers, a jacket, a headdress, and a veil,” UNESCO stated. “Each of these garments is embroidered with a variety of symbols including birds, trees, and flowers. The choice of colors and designs indicates the woman’s regional identity and marital and economic status. Embroidery is a social and intergenerational practice, as women gather in each other’s homes to practice embroidery and sewing, often with their daughters. Many women embroider as a hobby, and some produce and sell embroidered pieces to supplement their family’s income.”

Abu Saif pointed out that the Palestinian Ministry of Culture worked for over two years toward this goal by preparing the required documents that prove embroidery is a pure Palestinian heritage practiced by Palestinians for thousands of years.

Rima Sabah, a law graduate from the University of Palestine in the Gaza Strip, told Al-Monitor that she finds the "theft" of the Palestinian dress "similar to stealing Palestinian land."

She said, “On my 16th birthday, my grandmother gave me the dress that she wore when she was 16 years old, and this dress represents my village — Barbara — located 21 kilometers [13 miles] northeast of Gaza City, from which my grandparents were displaced during the 1948 war. I still have the dress and I will give it to my future daughter. And so we will pass it on from generation to generation to preserve our heritage.”

Hijazi noted that she was part of a team that founded the Palestinian Heritage Wear Day initiative on May 25, 2015, coinciding with Arab Culture Day, to show that Palestine belongs to the Arab culture, and to strengthen the relationship of the Palestinians to the heritage of their ancestors who were forcibly displaced from their lands during the 1948 Nakba.

Ahmed Abu Dia, owner of Torath Shop, an embroidery store in Gaza City, told Al-Monitor he considers this cultural theft to be "a crime."

He noted that approximately 150 Palestinian women from all over the Gaza Strip work with him in embroidering Palestinian dresses, which he exports to the West Bank and Jerusalem, as well as to Palestinians around the world.

Yusra Hassan, a Palestinian designer who resides in Gaza City, told Al-Monitor, "I felt very upset when I saw the Miss Universe contestants wearing the Palestinian dress. I fell in love with the art of embroidery, which I learned from my mother when I was 10 years old. I made my hobby my profession although it doesn’t pay much, considering the long hours I spend embroidering each dress. One dress could sometimes take an entire month to finish, but I will never give up. I want to preserve this Palestinian heritage.”

She said, “When I was welcoming home my fiance Hussein al-Zarihi, who spent 19 years in the Israeli occupation prisons, I made sure to wear the embroidered Palestinian dress to honor the Palestinian identity and culture for which my fiance fought. He was very happy when he saw me in the traditional Palestinian dress." 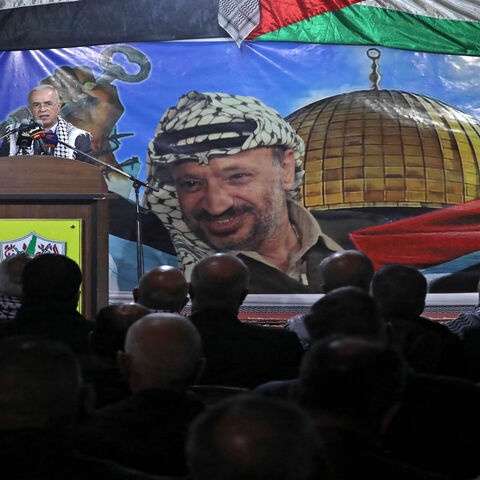 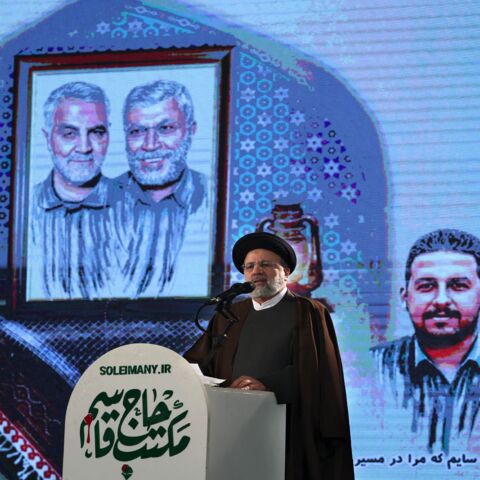 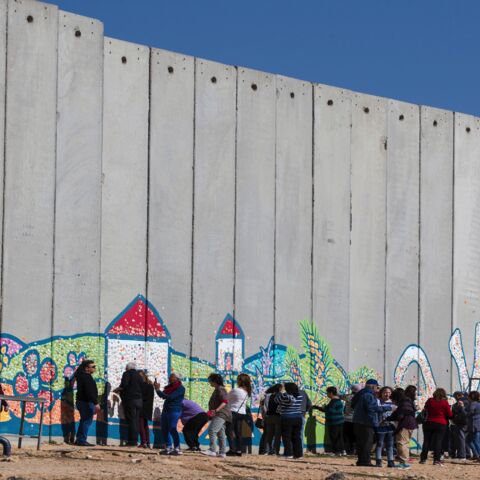