Senior people within the Israeli LGBTQ community are suspected of sexual relations with or sexual assaults on minors. 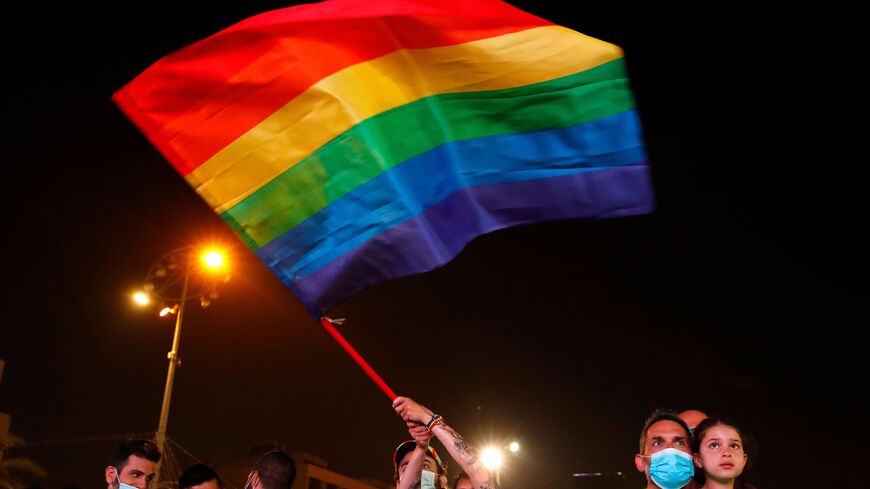 A mask-clad participant waves the LGBTQ rainbow flag as she takes part in Tel Aviv's annual Pride Parade amid the COVID-19 pandemic, on June 28, 2020. - JACK GUEZ/AFP via Getty Images

The rumors first hit Israeli media early this November. A very senior member of Israel’s LGBTQ community was a suspect in the sexual assault of young men. An investigative report by the Kan Israeli Public Broadcasting Corporation soon revealed that the suspect was Gal Uchovsky, 63, a well-known media personality and leader of Israel’s gay community. At the time, Uchovsky also served as president of the gay youth group IGY (Israel Gay Youth).

For years, Uchovsky topped the list of the most influential members of Israel’s LGBTQ community. He was known for the way he helped gay youth and his frequent condemnations of sexual assault. Within the gay community, he was known as the “Admor,” a term used in Hassidic circles to describe their spiritual leader. He was one of the first people in the media to come out of the closet, and he since took on the task of outing other famous gay people, sometimes by force and against their will. He saw this as a kind of “holy war.”

The Kan report included detailed testimony from two young men who claimed that Uchovsky forced himself on them during sexual encounters that he initiated when they were both very young. They said that he applied physical force against them and ignored their requests to stop.

As a result of these revelations and in an attempt to stop the crisis from spreading, Uchovsky resigned as president of IGY, apologized on Facebook and said, “I never, never intended to hurt anyone and apologize directly, candidly and with the purest intentions to anyone who felt uncomfortable, embarrassed or disappointed because of me.”

Uchovsky’s apology was not enough to stop the accusations from gaining momentum. That same day, a complaint was filed against him with the police, and a criminal investigation was launched. The investigation is still underway.

Meanwhile, the local LGBTQ community got swept up in a local wave of accusations, similar to those of the #MeToo movement. The effect of these charges continues to reverberate throughout the community. November 2021 will forever be seen as a dramatic turning point in the history of Israel’s gay community. It marks the very public outing of the long-silenced issue of sexual assault by gay men who exploited their dominant role in relationships with younger men.

Within just days, the media uncovered testimonies of two other well-known figures suspected of sexual assault against young men. Apparently, the victims were inspired to file their complaints as a result of the Uchovsky scandal. In both cases, the men that they complained about held very senior positions in the Tel Aviv Municipality and were known for their close ties with Knesset members and ministers.

One of these is Etai Pinkas Arad, a member of Tel Aviv’s city council for Meretz. Pinkas Arad holds the LGBTQ Affairs portfolio in the city council. The allegations, which were first uncovered by the Yedioth Ahronoth newspaper, included testimonies by several men alleging that Pinkas Arad assaulted them over a decade ago when they were members of the IGY youth group. At the time, they were only 17. In each case, Pinkas Arad allegedly exploited his status as a leader of the young group to coerce them into having sexual encounters with him.

Pinkas Arad, like Uchovsky, was a model for emulation among many young gay men. He helped them and served as their voice in the media and politics. He was also well known for leading the struggle for gay men to obtain the same surrogacy rights as women in Israel. For years, he was the poster boy of the gay movement. He was a proud gay man and true trailblazer who was able to build a career for himself in politics while maintaining a family life with a partner and children. As such, he became a familiar figure nationwide. The shock resulting from this case was enormous. So was the sense of crisis, except among those young men who had intimate knowledge of his actions. They could finally feel a sense of relief that the truth was out.

In response to the accusations, Pinkas Arad gave up the LGBTQ Affairs portfolio and apologized.

Tel Aviv Mayor Ron Huldai tweeted in response that Pinkas Arad did the right thing by resigning: “We live in an age in which social norms are being reshaped, and that’s a good thing. Etai’s decision was both right and necessary.”

This message received reinforcement in a statement by Meretz party chairman and Minister of Health Nitzan Horowitz, another senior member of the gay community: “We must keep repeating as clearly as possible: Sexual assault is unacceptable in the gay community and anywhere else.” It couldn’t have been easy for Horowitz to say this. Both Uchovsky and Pinkas Arad are closely identified with Meretz. He has known them personally for decades and is friends with them.

The wave of #MeToo accusations didn’t stop here either. In mid-November, the media uncovered another case, once again involving the Tel Aviv municipality. In this case, however, the politician was a member of the Likud party, with close ties to former ministers and current Knesset members. Unlike the previous two instances, Arnon Giladi, who was at the center of this storm, is not a member of the LGBTQ community. He was, however, a former deputy mayor of Tel Aviv. And in this case, Giladi was arrested.

It all began when a 28-year-old man claimed (in an interview with the Israel Hayom website) that he was sexually exploited by Giladi when he was a minor living on the street. In dire need of money, the boy, then 15, turned to prostitution. Giladi has since been released and is under house arrest. Like Uchovsky, a criminal investigation into the charges against him is currently underway.

Why is all of this happening now? Why did it take so long for the #MeToo movement to impact Israel’s LGBTQ community?

Apparently, it took time for the process to take shape. Its beginnings can be traced back to a group called Torenu (“Our Turn”), which emerged on social media last summer. Its purpose was to provide a platform for anonymous accounts of sexual assault within the LGBTQ community. The accounts dribbled in at first. Once these led to Uchovsky’s exposure, it was hard to stop the accounts from turning into a flood. It is now thought that other high-profile cases will eventually be exposed.

With a record number of openly LGBTQ people now serving in the Knesset, it is inevitable that they would be expected to comment on these developments. These include former minister Amir Ohana of the Likud; Eitan Ginzburg of the Blue and White party (a former mayor of Raanana); and Knesset member Yorai Lahav Hartzanu and Deputy Foreign Minister Idan Roll, both of them from Yesh Atid. Some of them participated in an event organized in support of the victims under the banner “Now It Is Our Turn” on Nov. 13.

According to Lahav Hartzanu, “Over the last few years, the gay community has been undergoing a process of recognition and legitimization within Israel, and that is a good thing. … As an integral part of this transformative process, #MeToo must establish a safe space in Israel where the victims of sexual assault can voice their complaints knowing that they will be taken seriously no matter who their assailant is or how lofty a position he holds.”