After striking a mockup model of the Israeli nuclear facility with ballistic missiles in a recent war game, Iran said the site will be a prime target in any potential war with Israel. 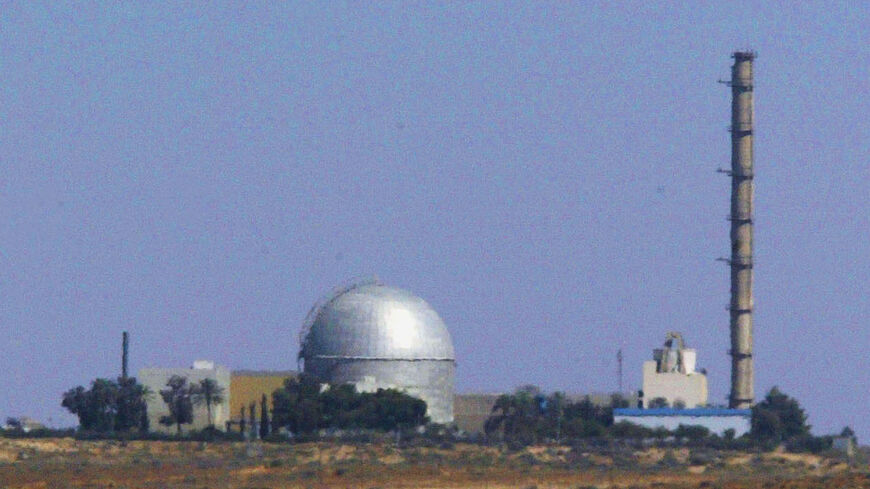 Chief of Staff of the Iranian Armed Forces Maj. Gen. Mohammad Bagheri said Israel's key Dimona nuclear facility will be "a prime target" should a war break out between the two archenemies.

According to Bagheri, to conduct such an attack at the heart of Israel's Negev Desert, Iran possesses the knowhow and technology to use "multiple routes" and firing options to nullify Israel's advanced anti-missile system, known as the Iron Dome.

Bagheri's comments on the "reciprocal" strike were aired from the hard-line state TV Dec. 28, two days after the Islamic Revolutionary Guard Corps (IRGC) wrapped up a series of large-scale military maneuvers culminating in multiple strikes on a mockup site. IRGC-linked media earlier reported that the operation involved 16 missiles and five suicide drones that precisely impacted the Israeli "center for the development of weapons of mass destruction."

"It was not a show per se," Bagheri said in reference to the mock attack. "It was a complete simulation of reality … [in which] the site will be entirely blown up."

During the drills, dubbed Great Prophet 17, the IRGC commander, Hossein Salami, known for his speeches about Iranian invincibility, issued his signature warning that the Iranian exercise was "a serious message" for Israel.

The marked escalation of rhetoric appeared as a response to reports on Israeli preparations for simulating an attack on Iran.

Iran's controversial missile program has been at the very core of long-standing tensions between Tehran and the West. The former describes it as "deterrence" and nonnegotiable, while the latter finds it destabilizing and provocative.

As the ballistic missiles were being fired in the latest Iranian exercise, Britain denounced the move as a breach of UN Resolution 2231 and urged Tehran to abandon the program. Tehran dismissed the criticism as "interference" in its "domestic affairs."

While the Jewish state has been open in its threats against Islamic Republic, the latter has also not shied away from suggesting that its long-range missiles are designed for Israeli positions. The country's Supreme Leader, Ayatollah Ali Khamenei, has warned more than once that Iran will flatten the Israeli cities of Tel Aviv and Haifa in response to any Israeli aggression.

Raising the alarm bells in Israel, the Iranian maneuver, according to Jerusalem Post, pushed the Iranian threats to a new level, given especially the combination of Tehran's missiles with its fast-developing drone program.

The flaring rhetoric is also largely tied to piecemeal diplomatic efforts in Vienna, meant to resurrect the Iran nuclear deal, which has been on life support since the US departure in May 2018. The talks resumed on Monday with continued brinkmanship, mixed signals and uncertainty as Iran and the Western sides accuse one another of lacking seriousness.

The United States, Israel's key ally, has signaled that failure of diplomacy could open up new options, which Washington and Tel Aviv have recently been in close contact to coordinate.

And the signs that the US patience could be running thin have been numerous. In a clear shift from his characteristic soft tone toward the Islamic Republic, the US Special Representative for Iran, Robert Malley, has declared that Iranian officials "are miscalculating and playing with fire."

And yet, in the latest, the US Central Command Chief, General Kenneth F. McKenzie dissected the possibility of a war with Iran, which in his view, would be "bloody" but "we would win in the long run."