Future uncertain for US Palestinian affairs consulate in Jerusalem

Rumor has it that the United States has halted efforts to reopen a consulate for Palestinian affairs in Jerusalem. 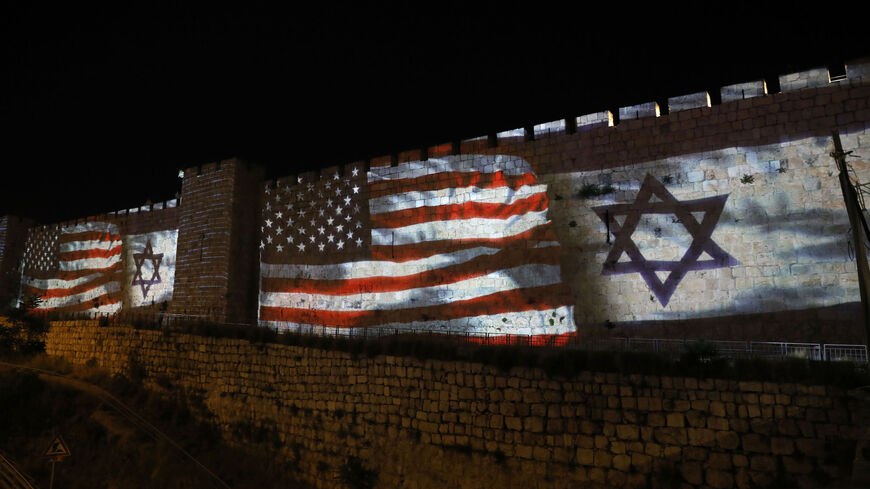 Israeli and US flags are projected on the walls of the ramparts of Jerusalem's Old City to mark one year since the transfer of the US Embassy from Tel Aviv to Jerusalem on May 15, 2019. - AHMAD GHARABLI/AFP via Getty Images

The Biden administration has effectively shelved its efforts to reopen a consulate for Palestinian affairs in Jerusalem, according to Dec. 15 press reports citing unnamed senior American officials. The administration has not confirmed the news. The facility was closed by the Trump administration 2019.

Israeli politicians from both the coalition and the opposition have expressed objections to a possible reopening over the past few months. They include Prime Minister Naftali Bennett and Foreign Minister Yair Lapid, who presented a united front on the issue Nov. 6.

Speaking at a press conference after the approval of the 2021-2022 state budget, Bennett stated, “There is no place for an American consulate that serves the Palestinians in Jerusalem.” He said that this position was clearly conveyed to Washington by himself and by the foreign minister, noting, “We are expressing our position consistently, quietly and without drama, and I hope it is understood. Jerusalem is the capital of Israel alone.”

Lapid went further, saying, “If the Americans want to open a consulate in Ramallah, we have no problem with that,” but “sovereignty in Jerusalem belongs to one country: Israel.”

One of the opposition's most outspoken politicians on the issue is Likud Knesset member Nir Barkat, Jerusalem's mayor from 2008 until 2018.

In early December, Barkat toured the United States, visiting several states and meeting with American Jewish leaders and elected officials. While his primary mission was to campaign against the Vienna talks with Iran and against a new nuclear agreement, he also took it upon himself to campaign against the Biden administration's plan to reopen the consulate.

Barkat tweeted Dec. 12, "I met on Capitol Hill with my friend Senator Bill Gertie from Tennessee. Bill joined our fight against the establishment of a Palestinian affairs consulate in Jerusalem, and together with 35 senators initiated a bill to legally prevent the establishment of a Palestinian consulate in Jerusalem, the united capital of Israel. Bill, you are a true friend of the State of Israel."

He tweeted Dec. 15, "A few months ago, I took upon myself the task of preventing the establishment of a US Palestinian affairs consulate in Jerusalem. I went to Washington three times for briefings with members of Congress who drafted a law in parallel with a law I submitted to the Knesset, and it seems that we have succeeded at this stage in stopping the dangerous move. We are not complacent and will continue to preserve Jerusalem. Thanks to all the partners."