Dozens of human rights groups called on the European Union to place the controversial cybersurveillance firm on its global sanctions list. 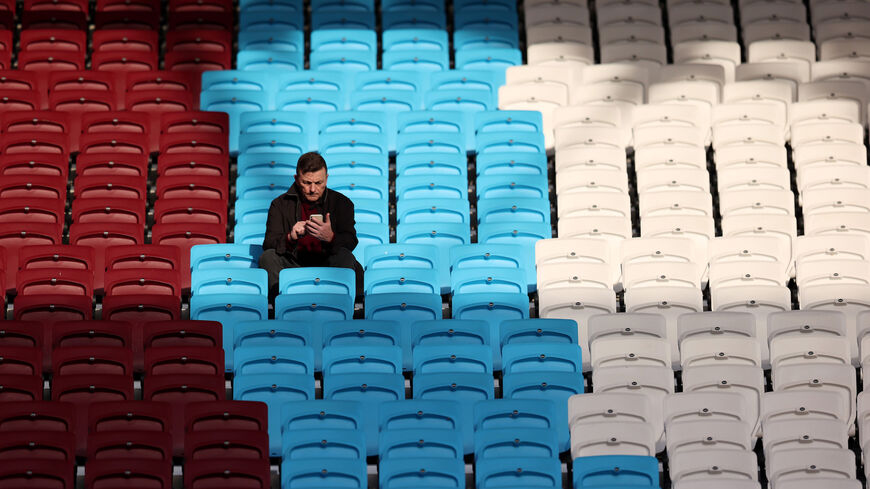 A fan looks at his mobile phone prior to the Premier League match between West Ham United and Liverpool at London Stadium on Nov. 7, 2021, in London, England. - Alex Pantling/Getty Images

A group of 86 human rights groups and independent experts said Friday that the European Union should add the Israeli cyber-surveillance firm NSO Group, whose spyware was allegedly used by foreign governments to target dissidents around the world, to its global sanctions list.

In a letter to EU foreign policy chief Josep Borrell, groups including Human Rights Watch and Amnesty International referenced a report last month that NSO’s Pegasus surveillance software was used to hack the cellphones of six Palestinian rights activists, at least half of whom were linked to groups controversially deemed terrorist organizations by the Israeli government.

NSO’s Pegasus software was thrust into the spotlight in July when a consortium of international media outlets published an investigation that indicated the firm’s malware had been used by foreign governments to hack the phones of journalists, politicians and human rights activists. NSO Group has dismissed the reporting and says it licenses Pegasus to governments requiring surveillance tools to fight terrorism and crime.

“There is overwhelming evidence that Pegasus spyware has been repeatedly used by abusive governments to clamp down on peaceful human rights defenders, activists and perceived critics,” said Deborah Brown, a senior digital rights researcher and advocate at Human Rights Watch. “The EU should immediately sanction NSO Group and ban any use of its technologies.”

The letter notes that the EU’s sanctions regime allows the bloc to adopt targeted sanctions over abuses “‘of serious concern as regards the objectives of the common foreign and security policy,’ including violations or abuses of freedom of peaceful assembly and of association, or of freedom of opinion and expression.”

Last month, the US Department of Commerce added the Israeli spyware firm to its economic blacklist based on evidence that NSO Group sold hacking tools that foreign governments used “to maliciously target government officials, journalists, businesspeople, activists, academics, and embassy workers.” The listing restricts US companies from exporting certain technologies to NSO Group unless they obtain a government license.

The rights organizations on Friday called for the EU to take similar steps to prohibit the sale and use of NSO Group’s hacking tools until the Israeli company puts in place adequate human rights safeguards.

“The EU should unequivocally close its doors to business with NSO Group,” Brown said. “Targeted sanctions are necessary to that end, and to add to growing international pressure against the company and the out-of-control spyware industry.”