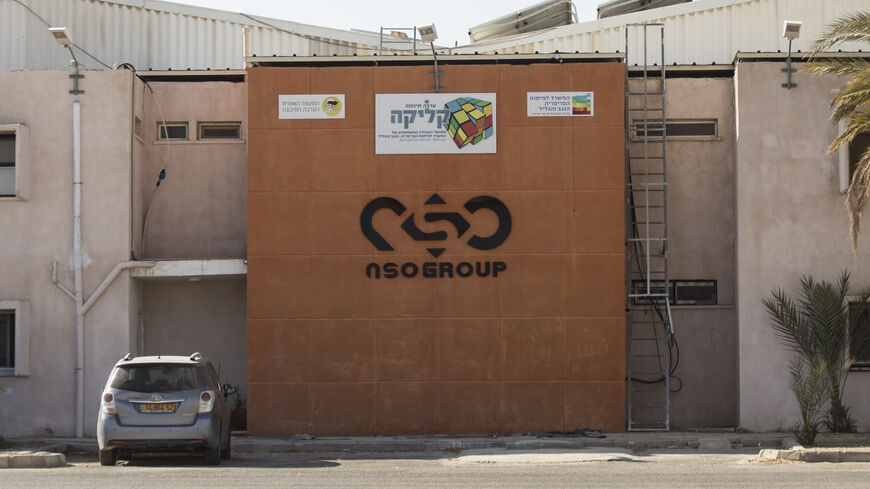 A view of the Israeli cyber company NSO Group branch in the Arava Desert is pictured Nov. 11, 2021 in Sapir, Israel. - Amir Levy/Getty Images

Fakih, who is HRW’s crisis and conflict director and head of the group’s Beirut office, was notified by Apple in November that state-sponsored attackers may be targeting her personal iPhone. HRW’s digital forensic analysis then determined that Fakih’s current and old phones had been infected with Pegasus.

The rights group said Fakih’s phones were targeted in so-called “zero-click” attacks, which install the spyware without requiring the owner to click on a malicious link. HRW’s findings were confirmed by Amnesty International’s Security Lab.

Fakih’s work involves documenting rights abuses in countries including Syria, Myanmar, Israel and the Palestinian territories, Afghanistan and the United States. HRW said her work might have attracted the attention of foreign governments that are suspected NSO clients.

“That it has been allowed to operate with impunity in the face of overwhelming evidence of abuse not only undermines efforts by journalists and human rights groups to hold powerful actors to account, but also puts the people they are trying to protect in grave danger,” Brown said.

NSO Group told HRW that it is “not aware of any active customer using [its] technology against a Human Rights Watch staff member” but that the firm would assess whether an investigation is warranted.

The Human Rights Watch report is the latest scandal to embroil NSO, which was thrust into the spotlight in July when an investigation revealed that the company’s military-grade spyware had been used to successfully hack the smartphones of journalists, politicians, activists, heads of state and business leaders around the world.

The HRW report came a day after NSO’s former chair, Asher Levy, said he had stepped down from his position, but denied his departure was linked to the recent controversies.

In November, the US Department of Commerce added the Israeli spyware firm to its economic blacklist. The next month, reports emerged that the phones of at least nine State Department employees based in Uganda or whose work focused on the East African country were hacked with NSO’s software.