The tech mogul reportedly said it was an "honor" to talk to the Turkish president about cooperation on space technology. 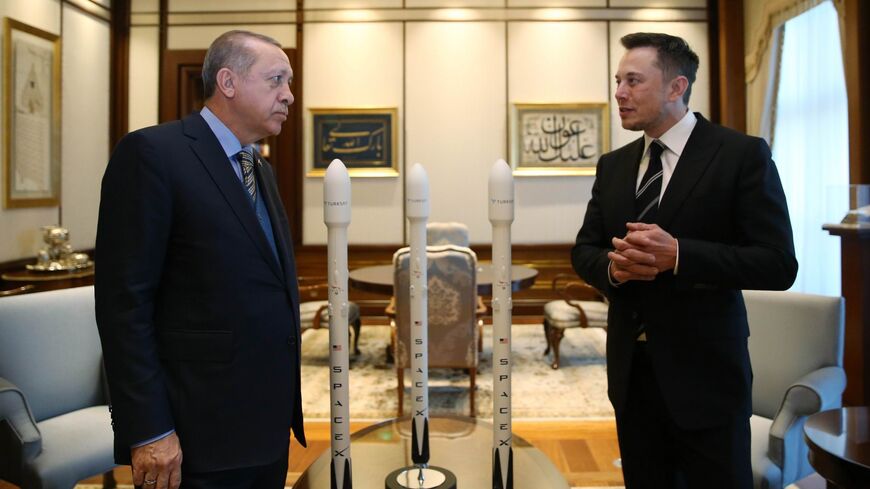 Turkish President Recep Tayyip Erdogan (L) speaks with founder of US aerospace manufacturer and space transport services company SpaceX Elon Musk during a meeting in Ankara on Nov. 8, 2017, as they stand next to models of SpaceX rockets. - AFP via Getty Images

Musk and Erdogan reportedly discussed cooperation on satellite and space technology as well as driverless cars powered by electricity. The conversation touched on Turkey’s plans to launch the Turksat 5-B satellite into space, Erdogan’s office said in a series of tweets.

Musk is the founder of SpaceX and Tesla, Inc. The former focuses on making space travel more affordable and colonizing Mars. Tesla produces clean energy products such as solar panels and vehicles, including electric cars and cars with self-driving functionality.

Turkey launched its Turksat 5A satellite into space in January using a SpaceX rocket.

Erdogan and Musk have an established relationship. They also spoke on the phone about satellites in January, and met in 2017 in Turkey to discuss electric cars and sustainable energy.

"It is an honor for me to talk with President Erdogan again,” said Musk about the conversation yesterday, according to a Turkish government release. Musk reportedly plans to visit Turkey soon.

Al-Monitor’s efforts to speak to Musk about the meeting were unsuccessful.

The Musk-Erdogan meeting coincided with Turkey's ongoing economic crisis and the continued drop in value of its currency, the lira.

Musk recently sparred with US Sen. Elizabeth Warren (D-MA) on Twitter about the amount he pays in taxes.

Musk has commented on Middle Eastern history before, tweeting in 2020 that aliens built the pyramids in Egypt.