Musk’s purchase of the social media giant is being heavily discussed in Saudi Arabia and Turkey, where the billionaire has a complicated history with both governments. 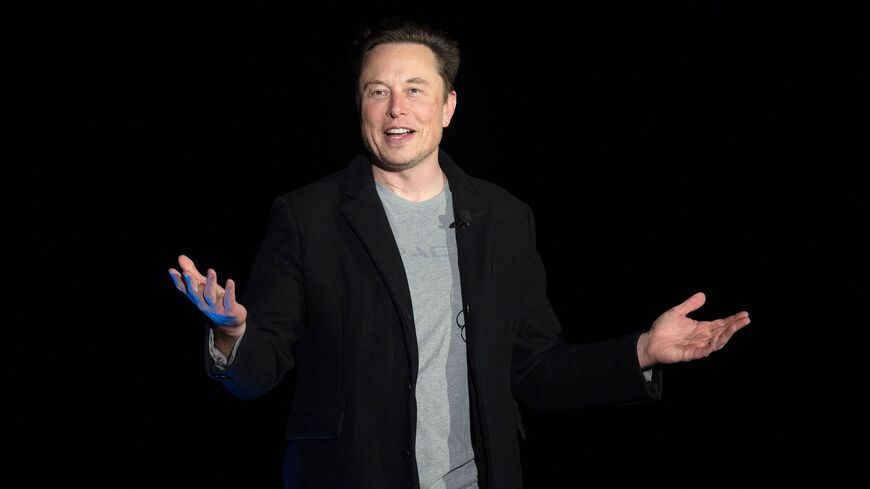 Elon Musk gestures as he speaks during a press conference at SpaceX's Starbase facility near Boca Chica Village in South Texas on Feb. 10, 2022. - JIM WATSON/AFP via Getty Images

Billionaire Elon Musk reached a deal to buy Twitter yesterday for $44 billion in cash. Much of Musk’s plans for the social media platform concern reforming Twitter’s content moderation policies, which have been criticized as restrictive of free speech.

The acquisition elicited a strong reaction in some Middle Eastern circles, principally in Saudi Arabia and Turkey.

Musk has a history with Saudi Arabia. In 2018, he had a feud with the Saudi sovereign wealth fund over his plans to take his electric car company Tesla private.

More recently, Saudi Prince Alwaleed bin Talal, one of Twitter’s largest shareholders, publicly rebuked Musk’s offer to purchase the company, saying Twitter was worth more. Musk did not respond well, tweeting at the prince about Saudi Arabia’s lack of a free media in response.

“How much of Twitter does the Kingdom own, directly & indirectly? What are the Kingdom’s views on journalistic freedom of speech?” Musk asked Talal.

Saudi Arabia has the most Twitter users of any country in the Middle East, with some 25 million Saudis using the platform. Many Saudis commented in response to the news, with some comparing it to his 2015 tweet criticizing then-US presidential candidate Donald Trump.

A lot of Saudi users were happy about Musk buying Twitter, according to a Saudi-based analyst. Jamal AlTamimi told Al-Monitor, “Saudis as a whole are very happy with the deal because they [believe] Twitter's administration is against them and they think Musk will be more just.”

Tamimi added that the Saudi government is not particularly concerned with who owns Twitter “as long as its citizens use it successfully.”

Musk also has a history with Turkey, particularly with President Recep Tayyip Erdogan. Last year, Musk and Erdogan spoke about space exploration and a rocket from Musk’s SpaceX carried the Turkish satellite Turksat 5B into orbit. Musk met Erdogan in Turkey in 2017.

“They must be thinking that an uncontrolled libertarian like Musk, who already said he would open algorithms and prevent censorship, shouldn’t run Twitter. God forbid then he might even unblock Trump's account!” wrote Altinok.

After the deal was reached, Turkish social media commentator Emir Cagdas Pekcetin told Yeni Safak that Musk has a “serious attitude toward a truthful news feed.”

“His positive ties with our president will ensure a cleaner social media news flow in our country,” he said, claiming that Musk will block accounts associated with Turkey’s outlawed Gulenist movement.

Turkey has a history of pushing for censorship on Twitter. In 2020, Turkey led the entire world in court orders sent to Twitter, followed by Russia.

Some Turkish Twitter users pleaded with Musk to stop Twitter from restricting the accounts of some Turkish journalists.