‘Bibi could have stayed quiet’: Trump slams Netanyahu for tweet to Biden 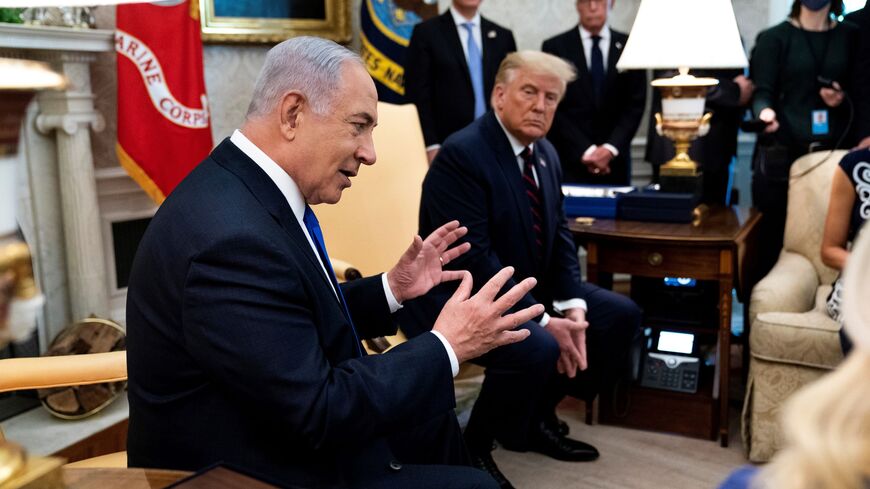 US President Donald Trump and Prime Minister of Israel Benjamin Netanyahu meet in the White House in this photo from Sept. 15, 2020 in Washington, DC. - Doug Mills/Pool/Getty Images

The Israeli news outlet Yedioth Ahronoth published an interview today between Trump and journalist Barak Ravid. In the interview, which was conducted in April, Trump launched a scathing attack on his one-time ally Netanyahu. Much of Trump’s criticism stemmed from Netanyahu’s tweet on Jan. 20 congratulating US President Joe Biden on becoming president. Trump was and is still disputing the election results.

Trump’s administration was extremely supportive of Israel, which was governed by Netanyahu for the entire Trump presidency. Trump recognized Jerusalem as Israel’s capital, recognized West Bank settlements and brokered Israel’s normalization agreements with the United Arab Emirates, Bahrain and Morocco.

Trump took Netanyahu’s message to Biden as an insult.

“Nobody did more for Bibi. And I liked Bibi. I still like Bibi," he said. ”But I also like loyalty. The first person to congratulate Biden was Bibi.”

Trump went on to say his April 2019 recognition of the Golan Heights as Israeli territory helped Netanyahu win the election that month.

“He would have lost the election if it wasn't for me,” said Trump.

Trump added that "Israel would have been destroyed maybe by now” had he not been elected president.

Like Trump, Netanyahu is also out of office but is mulling a return. Netanyahu leads the Likud party in opposition to the government of his former ally Prime Minister Naftali Bennett.